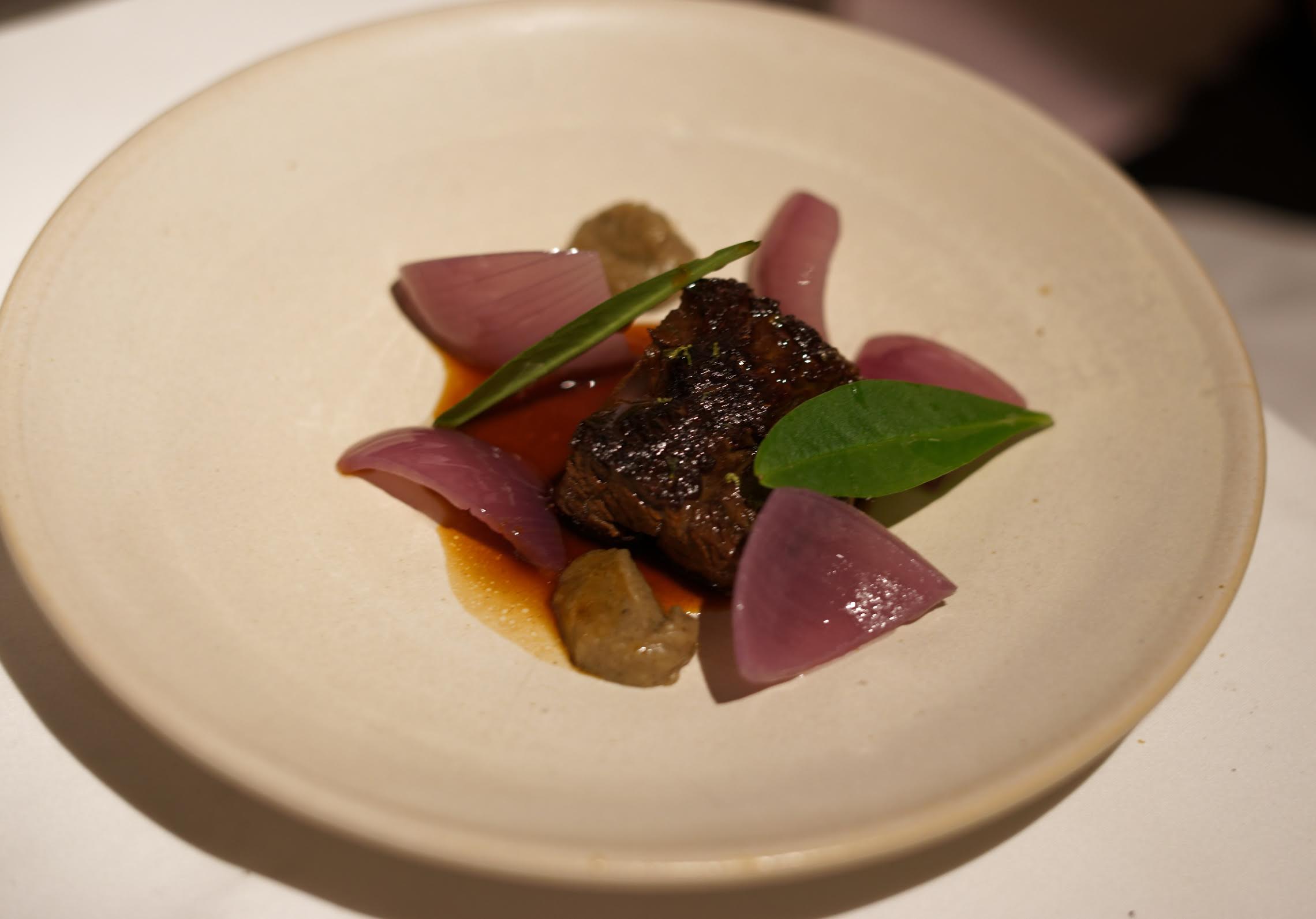 BEEF shortribs in soy and vinegar

Pinoy beefsteak taken to its ultimate conclusion at collaborative dinner

The ongoing summit of Asia and Pacific leaders is meant to be focused on economics, but it would be safe to say that much of the conversation—even if not in the foreground— will revolve around security. The moving idea behind the Apec partnership is about trade within the region, and with it, necessarily, greater mobility of people within the region.

In the aftermath of the Paris killings, the sentiments of both leaders and populace alike are not inclined towards more porous borders and movement but stricter control and stringent security checks.

This matters to us on an everyday level because political shifts inevitably become cultural shifts, as well. For the moment, it all seems like business as usual. But inevitably, borders will be tightened.

Some pundits have been throwing scorn on people turning their profile picture on Facebook into the colors of the French flag, or posting holiday pictures of Paris as a means of expressing sympathy for the victims and solidarity with the people of France.

In a war that is not just of bullets and bodies but ideas, Paris is one of the biggest ideas of all. The IS could have chosen Berlin, which is the de facto political capital of Europe at the moment or Brussels, which is the heart of the European Union. But no one sighs a dreamy sigh and says “Ah, Berlin!” Young people don’t travel to Brussels to find themselves. People have holiday pictures of Paris in their photo libraries because it means something to them.

For hundreds of years, Paris led the way in showing the world how to cook how to eat, how to love life; now it remains to be seen whether it can show the world how to recover from tragedy and reaffirm its self-identity.

Two nights before the Paris attacks took place, I was at a collaboration between Chele Gonzalez of Vask and Jordy Navarra, formerly of Black Sheep but due to open his own restaurant early next year, held at the formal dining room at Vask. (Disclaimer: I was invited to the dinner and ate courtesy of the restaurant.)

I’ve enjoyed the tasting menu that each chef offered, but I was looking forward to this collaboration because Jordy and Chele seemed to be cut from the same cloth, and what they wanted to do with Philippine food and Filipino fine dining seemed to be much more similar than it was different. At most four-hand dinners that I’ve been to, the chefs take turns, which can result in some rather odd combinations as well as inspired collaborations.

What is rare is to have two chefs collaborate on a single dish, which the two chefs did for at least two of the courses during the dinner. For far too long the idea of the chef as an author, expressing a singular idea in his creation, has reigned supreme; even if, in reality, many of these are collaborations between a chef and his sous-chef, or between a restaurateur and a chef.

The evening began with dishes that I know well and love from Chele’s and Jordy’s repertoire: the street snacks, the bahay kubo salad, the highlight of the evening was a dish that both chefs presented together: beef shortribs, cooked with soy-and-vinegar flavoring, but rendered meltingly soft from 24 hours in a sous-vide. Red onions and garlic had been cooked in an oven, the onions caramelized and still crisp but with the flavor distilled and concentrated; the garlic had been softened and tempered into a creamy paste. There was a light sauce of acidic demi-glace. It was Pinoy beefsteak taken to its ultimate conclusion, a rococo burst of flavors in one dish.

Dessert was similarly inspired. A miniature bibingka was bolstered by a torched custard on one hand and a light, acidic ice cream on the other with a brown toffee sauce that I could have used more of; it was rich with the crumbliness of salted egg. Both chefs noted that it was a work in progress. I felt it was an inspired collaboration, though if I were to nitpick it was too democratic; there wasn’t a dominant, unifying flavor taking the lead.
But I’ve never seen two chefs having so much fun in my life, bouncing ideas off each other and riffing of each other’s creativity. The sheer joy of cooking and creating was present in the food.

I will readily admit to bias because these are two of my favorite chefs at the top of their game and having a great time in the kitchen. The food was purely Filipino in theme but drew inspiration from techniques and sensibilities around the world. The mood in the dining room was formal yet relaxed, seriously good yet playful, learned but witty.

The legacy of France, of the French ideals and way of life, of the rigor and training of their kitchens, has traveled far and wide, and so much of what we understand as living life and living it well we learned from them. Paris may never be the same again, but the world will never be the same without Paris.