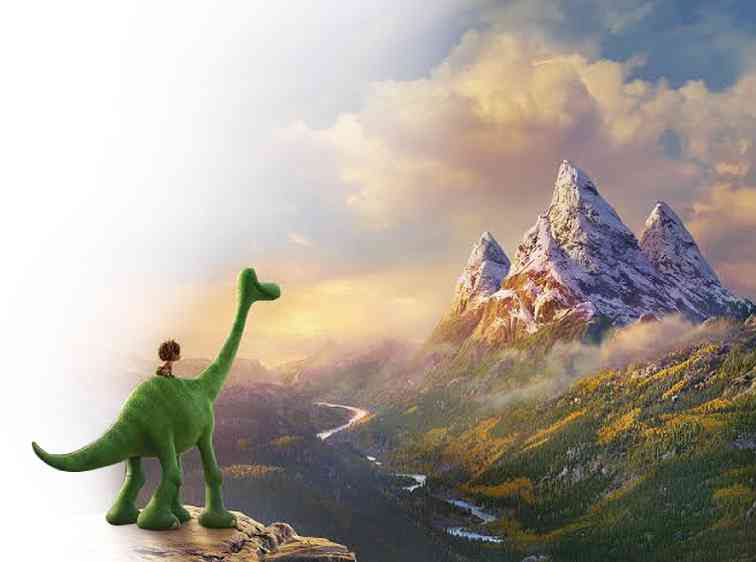 THE ANIMATED film takes viewers on an epic journey into the world of dinosaurs.

DISNEY-PIXAR’S “The Good Dinosaur” reimagines a world where the asteroid that forever changed life on Earth missed the planet completely and giant dinosaurs never became extinct.

Directed by Peter Sohn, “The Good Dinosaur” takes the viewers on an epic journey into the world of dinosaurs where an Apatosaurus named Arlo makes an unlikely human friend named Spot. While traveling through a harsh and mysterious landscape, Arlo learns the power of confronting his fears and discovers what he is truly capable of.

“From the moment Arlo is born, he’s afraid of the world,” said Sohn. “He’s fun-loving and determined; he’s got a lot of fire when it comes to his desire to help his family. And his father is his biggest supporter. But Arlo is scared. His fear holds him back.

“On the other hand, Spot is the opposite of Arlo,” said Sohn. “He’s tenacious, brave and an animal in every sense of the word. It’s the story of a boy and his dog—only in our story, the boy is a dinosaur and the dog is a boy.”

Inspired by the American Northwest, filmmakers found that even towering dinosaurs could feel small in the right surroundings, which worked to intensify Arlo’s fears.

This original story catapults Arlo into a vast wilderness, where he struggles to face his fears and survive, all while dealing with the tragic loss of his father. Arlo encounters a host of unique personalities who all contribute to his evolution—whether they mean to or not. But the friendship he builds with Spot has the biggest impact. Spot can’t speak, yet he gives Arlo the kind of loyalty and unconditional love that fuels his self-discovery.

“It’s the biggest effects film we’ve done in Pixar history, by far,” said effects supervisor Jon Reisch. “Typically, about 30 percent of a film’s shots are effects shots. For ‘The Good Dinosaur,’ it’s more than twice that—60 percent of the film, over 900 shots out of about 1,500 featured the work of the effects department.”

Director Sohn said that “The Good Dinosaur” is a classic boy-and-his-dog story, where they embark on a journey home.

“We didn’t want it to feel like a walk in the park,” said Sohn. “This world feels big —even to a dinosaur.”