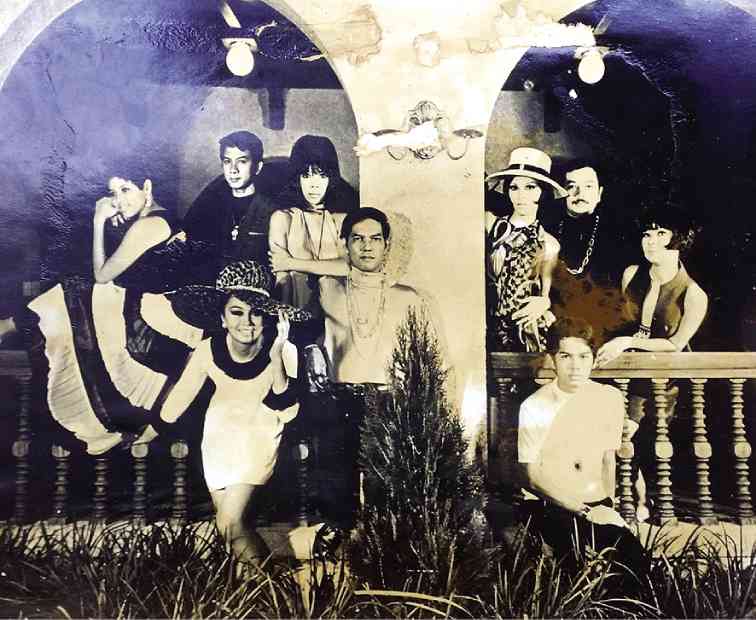 Fashion insiders barely knew that Moni Locsin, who zoomed to the top of modeling, was born Ramona Valencia Locsin (Aug. 31, 1941-Nov. 4, 2015). She attended and finished high school at the Sta. Teresita Academy in Silay, Negros Occidental, and gained her Associate in Arts degree at the Assumption College in Herran, Manila.

Somewhere in the late ’60s, this lovely and gentle younger sister of National Artist for Architecture Leandro V. Locsin became an almost permanent fixture in the fashion shows presented by Filipino fashion designers. And when these local designers were tapped for shows abroad, most of them handpicked Moni Locsin to model in their shows.

A very important highlight of Locsin’s fashion career was her election as one of Manila’s 10 Models in the late ’60s. She shared this honor with Melissa Liboro, Tina Artillaga, Emma Ruth Yulo and Baby Fernando, who belonged to the core of models who paraded the Christian of Manila collection at the chain of Hilton Hotels in Southeast Asia.

Moni Locsin died on Nov. 4, 2015. Her only surviving sibling, Assumption nun Sister Remedios and her nephew, Andy Locsin, brought back from Bacolod mostly black-and-white photographs (no digital and selfies during that era yet) that depicted Locsin’s stint in the glitzy world of Pinoy fashion.

The two volumes of scrapbooks showed that she was one of the Karilagan models for the daily noontime shows that ran at the Top of the Hilton, produced by Manila’s top hostess, Conching Sunico.

With her gentility, elegant gait and grace, she became in-demand for all the major fund-raising and hotel shows. Her distinguished Hiroko-inspired hairstyle allowed her to stand out among the bevy of models who included the country’s socialites such as Chona Kasten, Mary Prieto, Toni Serrano, Pearlie Arcache, and others.

She was the bright shining star of local fashion, but then she did a Greta Garbo; she left the scene. Even her closest pals like Romulo Estrada, Larrie Silva and Rusty Lopez remained clueless regarding her mysterious “I want to be alone” act. It was said that she realized she wanted a better career than just following the urong-sulong promptings of fashion choreographers.

At one point, she was said to have gathered a handful of dressmakers and set up a shop, accepting made-to-measure orders from relatives and friends in Silay. But her newfound avocation apparently didn’t prosper.

Handlers of their family farm left in search of better-paying occupations. And so Moni, for the love of her family, took on the task of managing the farm and becoming an haciendera.

Not a few are wondering why Moni remained a Miss to her dying day. Locsin was a very private person, but one female relative could not help but share that dear Moni had, in fact, two tragic romances.

During her modeling days, she had what is now termed as a BFF. During rehearsals and shows, these two attractive models were always together. But that friendship was shattered when Moni woke one morning to discover that her man and her BFF had run away, and would eventually marry.

Another tragedy trailed our Greta Garbo. She was engaged to a dashing Pinoy who was based overseas. They had a long-distance love affair, and everything had been planned for their union. Moni had a short wedding attire designed by one of her gifted fashion designer-friends.

But the wedding never pushed through, lending the life of this soft-spoken and gentle Ilongga more sadness. To this day, no one knows what caused the rupture of her last relationship. What we all simply know is that Moni Locsin never got to wear her Joe Salazar wedding frock.