Concern for others is an outstanding Filipino trait–and this book is out to prove it | Lifestyle.INQ ❮ ❯ 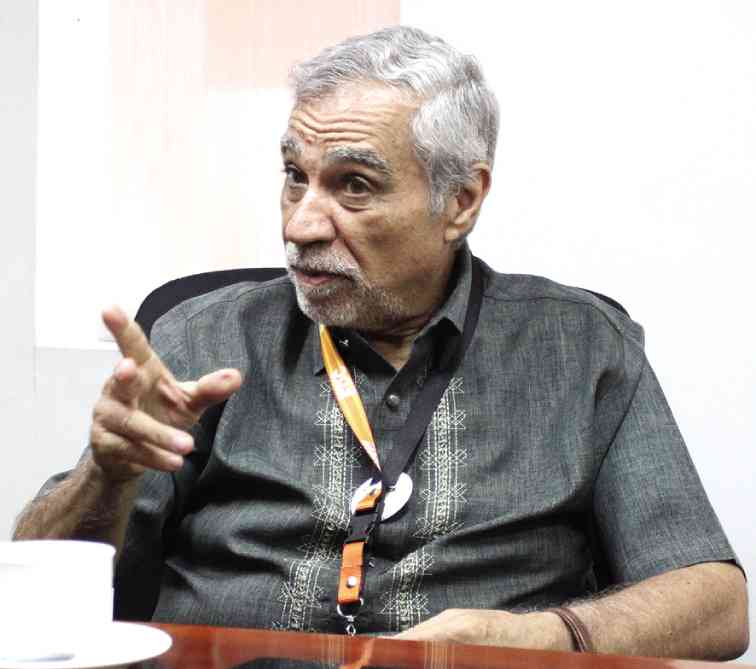 FORMER Chilean Ambassador Roberto Mayorga has recognized the Filipino’s innate, deep and intuitive concern for others—a quality he calls “calidad humana.”Mayorga and his team have done research on the subject with the hope of preserving “calidad humana” among Filipinos and propagating it to other cultures.

Antonette (not her real name) was a sophomore student leader in a public high school in Novaliches when it was visited by members of the Calidad Humana Movement last school year.

Antonette was depressed at that time because her parents had just separated. But instead of turning to friends, relatives or teachers, she went straight to an elder parishioner in church for advice and counseling.

Antonette shared her experience as part of a Calidad Humana project, where principals and other ranking officials of schools are urged to gather students who would then create slogans about specific values they believe in.

In Antonette’s case, she explained that it was “faith in God” that saved her from a life of delinquency.

“Don’t turn to your barkada,” she told her batch mates. “Turn to people who can solve the problem, who would know how to advise you.”

Being part of a church organization, Antonette immediately decided it was an elder who could help understand what was happening to her parents.

Had it not been for the attention, counseling and prayers she received from that concerned non-relative, Antonette believed it would have taken little for her to turn to drugs or drink.

Calidad Humana calls itself a Filipino advocacy that harnesses “concern for others” as a noble quality to give Pinoys “strength in times of crisis, a resilient and hopeful spirit and human compassion that prompts us to reach out to kapwa during times of calamities.”

It took a foreigner, Prof. Roberto Mayorga, a former ambassador of Chile to the Philippines, to recognize this quality, isolate it, define it—and tell Filipinos that it is something unique to them.

Mayorga now takes pride in calling himself an advocate of Filipino calidad humana.

“Filipinos express their calidad humana through spirituality, friendship, hospitality, resiliency, generosity, humility, solidarity, charity, smiling, dancing and singing, and as cited often, giving priority to concern for others rather than material things,” the ambassador said.

Mayorga noted that the Filipinos’ collective and immediate response to calls for help after Supertyphoon “Yolanda” was one of the outstanding instances of calidad humana in recent times.

Sadly, Mayorga also recognizes that there is a “serious risk of losing” this quality.

The ambassador has seen similar versions of compassion for others disappear in other countries he had visited, and blamed this on consumerism and “insidious” technology.

“This Filipino character is unique in the world. However, we face a serious risk of losing it. People, in general, are not aware of this human richness and are not taking care of it,” he warned.

Fortunately, Mayorga enjoys the full support of the Energy Development Corp. (EDC), a geothermal energy pioneer with significant investments in social responsibility, where he is a consultant.

This morning, Dec. 2, Mayorga and Oscar Lopez, chair of the Lopez Group Foundation, Inc., will lead the launch of book one of “Calidad Humana: Sharing the Filipino Spirit” at the grand lobby of the Cultural Center of the Philippines (CCP).

Chair Lopez, in his foreword, stressed that the Filipino’s calidad humana, shown at the height of the Yolanda crisis, “is a resilience that is not angry and defiant, but rather, cheerful and eternally optimistic.

“On the whole, Filipinos cope with their hardships, both natural and man-made, with a sense of community, sharing, compassion and generosity, duly seasoned with cheerfulness, smiling, singing and dancing,” he added.

Lopez also noted that part of this attitude “must be due to a shared perception that we cannot face and conquer the hardships alone as individuals, and we must therefore unite with others if we are to do so in the spirit of bayanihan.”

Mayorga and his team made the rounds of schools and other private groups to complete the book.

A specific question was posed each time: What unique Filipino value do you want to preserve?

The participants were asked to make a slogan or team presentation to illustrate their chosen value. A representative, like Antonette, would then come forward to explain why the value is important.

EDC noted that two Filipino qualities/traditions often stand out: pagmamano or the act of putting the back of an elder’s hand to a younger one’s forehead as a sign of respect and humility, and bayanihan, which encapsulates the Pinoy spirit of cooperation, sacrifice and brotherhood.

Fe Cajumban of Mayorga’s team said that so far, the project has already reached out to students in Pasig Catholic College, a private institution, as well as Rizal High School (the biggest in the country), its annex Sagad High School, Tinajeros High School in Malabon, Muntinlupa Science High School and San Bartolome High School in Novaliches.

Cajumban noted that school principals, when approached by their team, would be the first to say that values education is no longer that integrated in the public school curriculum.

Private organizations that help teach value formation are most welcome, they added.

Cajumban said the team has two-hour talks with the principals to engage them in the advocacy.

“We explain what calidad humana is, what the focus is. They set up a forum for us. They invite students. We ask specifically for student leaders who can more eloquently champion calidad humana to their friends,” she added.

Mayorga makes an appearance at these talks and is hands-on during the actual discussions of Filipino values.

Cajumban observed that the children, being younger than other audiences, usually choose faith in God, love for family, honesty, integrity and resilience.

“We hear these from their stories. During the colloquium, they share stories that illustrate these values that they witness from family members. The talk is very interactive,” she said.

But as the country progresses economically, chair Lopez also asked whether Filipinos would continue to behave the same way, “or will we lose our human richness, as others have lost theirs in many other parts of the world?”

A second book will seek to address the questions of preservation and dissemination of calidad humana, Lopez announced.