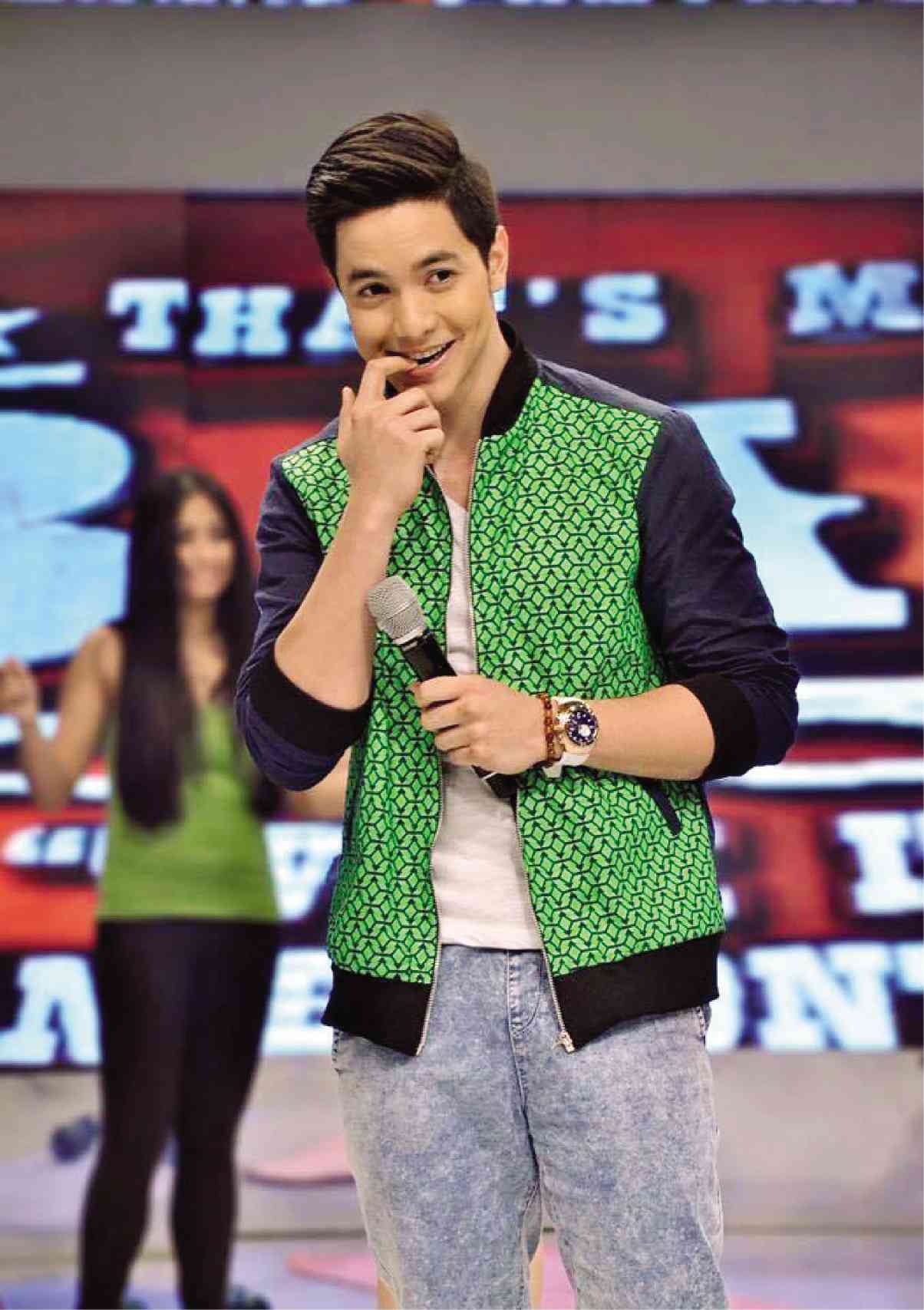 ALDENRichards and other “Eat Bulaga” stars will be at “Wish Factoree” Dec. 11-16,World Trade Center. FACEBOOK.COM/ALDENRICHARDS

Here’s an advisory if you’re planning to go on a night out between Dec. 11 and 16, and you also happen to be a fan of “Eat Bulaga” (EB) and its hit segment “Kalyeserye.”

The venue will have a theme-park setting, with stalls selling holiday gift items. Kids can join singing, dancing and Dubsmash contests.

Aljur Abrenica will also join the roster of performers.

At press time, organizers are still waiting for Maine Mendoza, aka Yaya Dub and the love interest of Alden in “Kalyeserye,” to confirm her participation.

In any case, our suggestion is that you check out “Wish Factoree” (11 a.m.-11 p.m.) to catch Alden and the EB gang, and then spend nightlife at The Roadhouse Manila Bay, SM Mall of Asia complex, where some of the most talented young Filipino bands play every night.

During the recent Apec week, our problem was how to get to the office, since all roads going out of Cavite where we live were closed. Since we didn’t want to bother friends to let us sleep in their house, the solution was to book a hotel for a few nights’ stay.

The Hive Hotel in Quezon City proved to be a good choice because, aside from its earth-friendly facilities, it also houses My Bro’s Mustache—a bar where we caught a blazing performance of the Bleu Rascals, currently the top young blues band in the country.

Paul Marney Leobrera has apparently gained more confidence as a performer since the band won the grand prize in the 2013 Cotai International Jazz and Blues competition in Macau, besting 118 other bands from around the world.

That night at My Bro’s, Leobrera’s excellence as a blues guitarist was on full display as he pumped crying, screaming notes from his axe named “Selina,” with bassist Oliver Salaysay and drummer Allan Abdulla keeping the rhythm on a dynamic pace.

We were in a state of ecstasy as Leobera channeled B.B. King, Stevie Ray Vaughan and Jimi Hendrix in quick succession, and then impressed the audience even more with a sample of Bleu Rascals originals like “Brownman’s Blues” and “Better Man”— two tracks from the band’s debut CD “Badge of Courage.”

Our room in The Hive had 100 percent organic hand soap and body wash, energy-efficient inverter air-conditioning and drinking water in a glass jar.

The hotel is said to be affiliated with the United States Green Building Council and LEED (Leadership in Environment and Energy Design)-registered.

Some of its green features include rain- and groundwater harvesting for toilet flushing, plant irrigation and general cleaning; dual piping system to separate grey and potable water; water-saving fixtures like faucets with aerators and low-flow water closets; and energy-efficient lighting and appliances.

We truly enjoyed a restful sleep for two nights, away from the chaos of Edsa traffic.