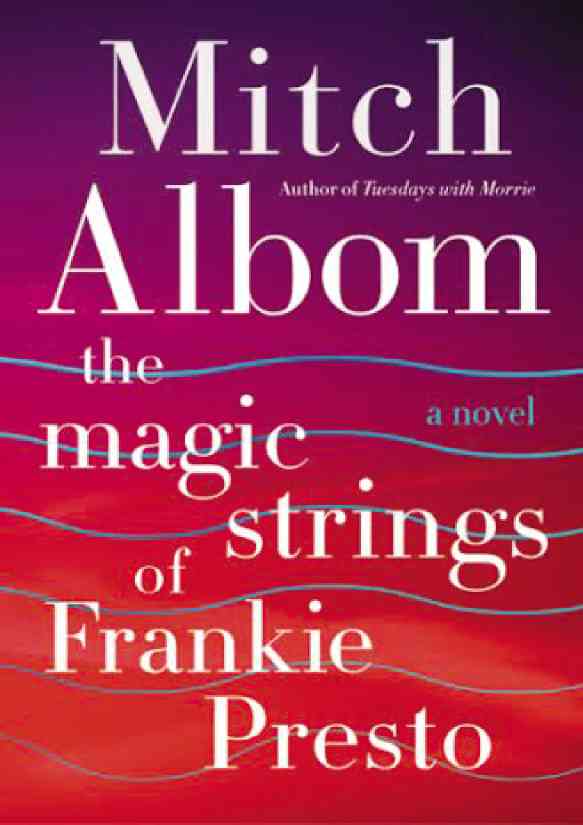 The ‘Magic’ of music in Mitch Albom’s new novel

MITCH Albom is best known for a work of nonfiction, the true-to-life tale of his visits to his dying teacher Morrie Schwartz, 1997’s “Tuesdays with Morrie.”
Since then, he has written best-selling novels that touch just the very edge of the supernatural, such as 2003’s “The Five People You Meet in Heaven” and 2013’s “The First Phone Call from
Heaven.”

But for his newest book, “The Magic Strings of Frankie Presto” (HarperCollins, New York, 2015, 496 pages), Albom goes full bore into the fantastical. Most of the book, after all, is narrated by Music—as in the very personification of music itself. The book itself, however, is about its titular character, the virtuoso guitarist Frankie Presto.

“Magic” begins with Presto’s funeral, with Music filling in the reader on Presto’s life, from his most unusual birth and childhood in Spain to his musical career in the United States. It is a most unusual life, and it fits with what Albom writes: “Talent is a piece of God’s shadow. And under that shadow, human stories intersect.”

Even as Albom keeps the real cause of Presto’s death for the book’s denouement, he openly employs the device of using music as a metaphor for a person’s life. It becomes evident in self-effacing statements like Presto’s “I’m just a guitar player,” and in the recurring, ever-changing meaning behind this statement: “Everyone joins a band in this life.”
Composer as well
That Albom chose to explore the world of music with “Magic” should affirm just how important music is for him: He writes songs and played in bands, in particular, the Rock Bottom Remainders with writers Amy Tan and Stephen King, among others. It gives birth to lines like this one: “Truth is light. Lies are shadows. Music is both.”

Albom’s expansive knowledge of music plays into one notable aspect of the book: the fictional testimonials about the genius of Presto from real music legends. “Magic” shows how Presto, the guitar genius, becomes a junior-grade Elvis Presley. With the high and lows of a professional music career, Presto came to work with a whole bunch of big names and they show up here to talk about Presto: Burt Bacharach and Tony Bennett among them. In the story proper, Presto plays with, or bumps into, everyone from Duke Ellington to the Beatles. At one point, you will forget that Presto is not a real person. 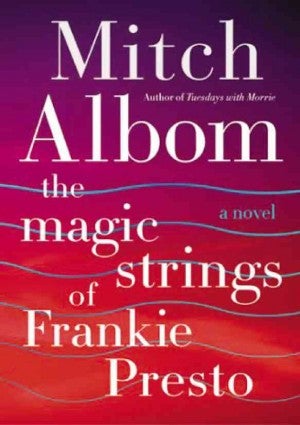 It is the music that prevails over the magic (six strings that can change lives), so it should not surprise you that Albom has a Spotify soundtrack for the book that includes the made-up songs that Presto was to have made famous. Thus the title of the book refers not only to the literal strings on Presto’s favorite guitar, but to the elusive, legendary “unreleased” album of the same title as well.
Love for the Philippines
After trips to Manila and Tacloban, Albom has professed his love for the Philippines (he returns next year to visit the Leyte library bearing his name) and it shows up in “Magic.” Aside from a Filipino song (“Maalaala Mo Kaya”) showing up early, a short chapter (all of four pages) in which an older Presto lived in Manila, “teaching classical guitar at the University of Santo Tomas.”

The central mystery of “Magic”—exactly how did Presto die—ends the book with a very deliberate, voluminous dovetailing of all the requisite elements. Albom continues with his favorite theme of examining a life (in this case, Presto’s) and its consequences, with the vagabond, victorious musical savant’s career and personal experience as the prism.

Aside from the nimble balancing of fact and fiction, Albom makes “Magic work because he laces the pages with a lot of inspirational lines ready to become quotable quotes. That alone is indicative of the ambition and preparation that went into the book. This plus the entertaining behind-the-music saga makes “Magic” Albom’s best novel yet (though the nonfiction “Morrie” remains better). There is a richness, a solidity to the book we’ve just never read before. “The Magic Strings of Frankie Presto” stays with you, like that one song you just can’t get out of your head.