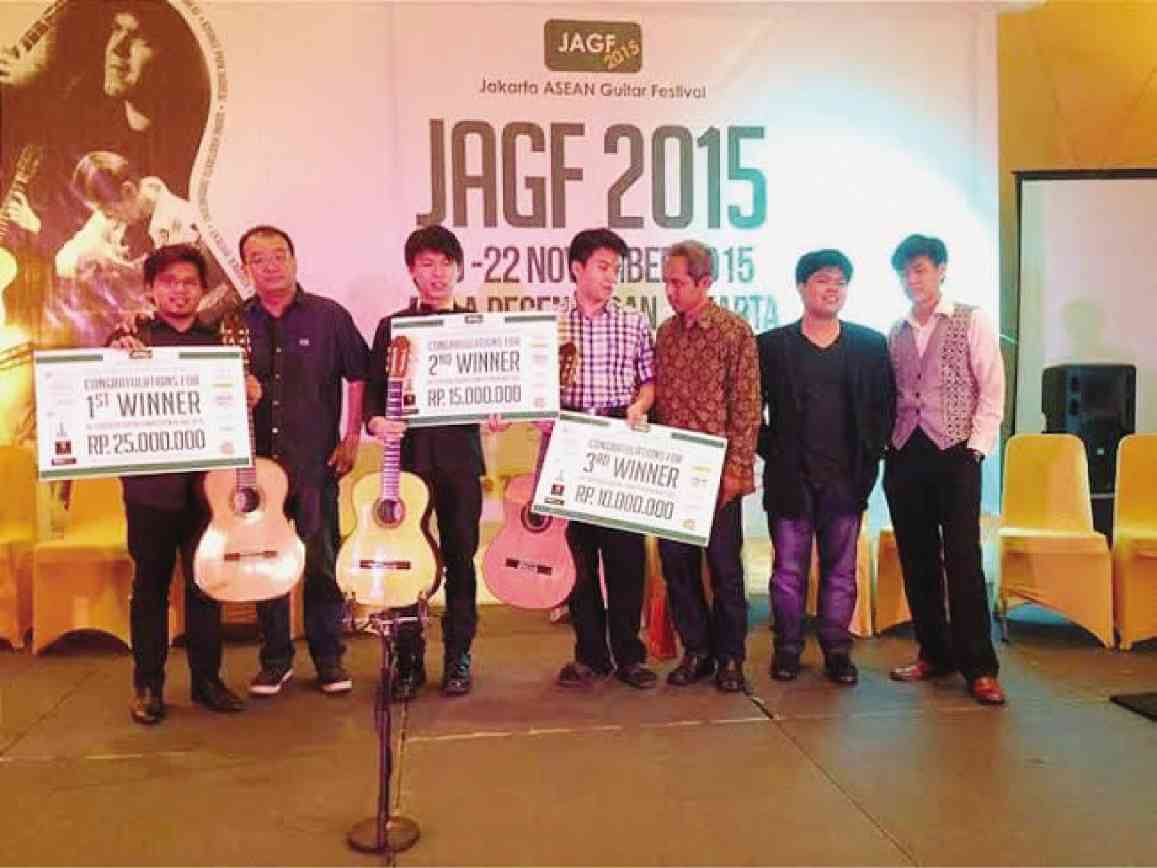 Chinnawat Themkwumkwun from Thailand placed second while Stephen Lukman from Indonesia was third.

Aside from the citation, Aguilar got a P25,000 cash prize and a Valerio guitar from an Indonesian luthier.

Aguila nearly missed the chance to compete because his passport fell short of the six months’ validity required for international travel.

But he hurdled the difficulties just in time for the competition.

“I was surprised because the competitors were really good,” he said. “I feel good because this is my first taste of the top prize, and I was told it was a unanimous decision.”

Aguila is a graduate of the UP College of Music. He studied under classical guitarist Lester Demetillo, who will lead the UP Guitar Orchestra performance in Ayala Museum on Dec. 10.

Over in Philadelphia, it was raining applause and bravos at the Benjamin Franklin Hall during the recital of Cecile Licad on Nov. 24.

Coming on the heels of her performance during the Asia-Pacific Economic Cooperation summit in Manila, Licad played a program of seldom-performed American composers, breathing new life into their works. She later obliged with three encores.

“Of course, it was a tough program, but I guess my hard work paid off,” she said. “I am pretty happy the audiences were with me all the way. There is a feeling that I should be proud but, deep inside me, I think I am just perfecting the art of imperfection.”

Asked by music writer Patrick Burke what attracted her to the rare but difficult repertoire, Licad replied: “I actually got the idea from a great friend of mine, who over the years has helped me program works which aren’t played so much these days. He ended up sending me a number of pieces by American composers, and these four sonatas in particular struck me as being rich and robust and much underappreciated.

“So I found it fortunate I was able to program four sonatas by American composers and to explore a theme that maybe hasn’t been looked at too much by contemporary pianists. I selected these works because of their quality and diversity.

“I recently recorded them, and the CD will be the first one of an anthology of American piano music that I am planning to record over the next few years.

“I’ve realized that classical American composers are very underrated in comparison to their European contemporaries, and at one point you have to wonder why the standard repertoire of piano music includes only about two dozen composers mostly from Europe.”

Presented by the Philadelphia Chamber Music Society, the recital was also an event of the American Philosophical Society (APS). One of the first learned societies in the United States, the APS has played an important role in American cultural and intellectual life for over 250 years.