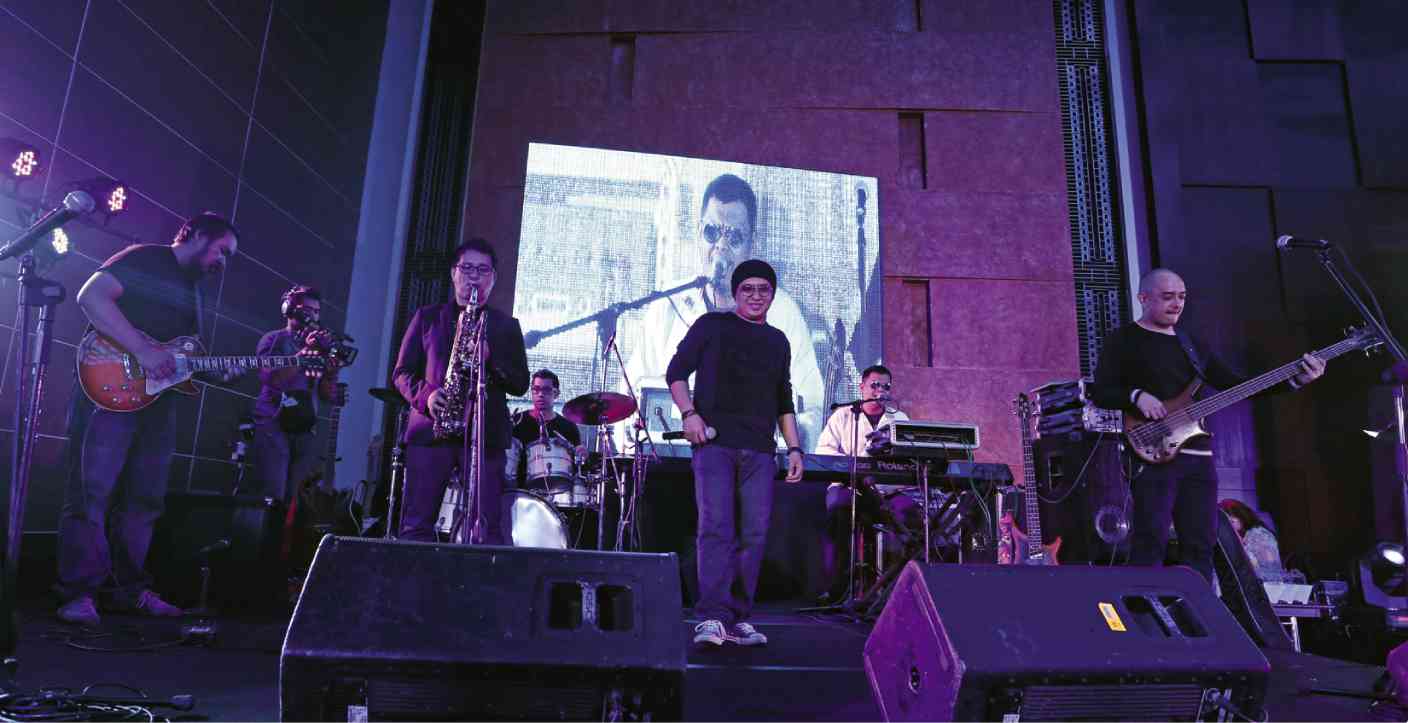 IF EXPERIENCE is the best teacher, there were some things people discovered about the three bands that performed at the Inquirer’s 30th anniversary party last Dec. 9 in Manila Marriott hotel.

First, South Border’s Jay Durias knew how to surprise a crowd. Shortly before he and his bandmates went onstage, Jay was asking us what songs would we like them to play. It’s up to you, we said.

Nobody had an idea what to expect, when he opened with the third verse of The Beatles’ “Yesterday.” Jay transformed the song’s melancholy mood into a joyful reminiscence of the past—the reason for this celebration.

We broke into a wide smile when the band segued into Seals and Crofts’ “We May Never Pass This Way Again.” Likewise, the song’s pensive tone turned into a happy occasion—the way high school buddies would sing along at a reunion.

Oh, yes, those tunes were not from the ’80s—the decade of the Inquirer’s birth. But it sure was a thrilling throwback. That’s why we love Jay.

Meanwhile, the AMP Band was a revelation with the way it rendered the classic hits of Donna Summer and other disco divas. Performing as a 10-piece outfit including singer Gail Blanco-Viduya and musical director Mel Villena, the band got everyone forming a conga line, dancing and making noise around the ballroom like it was New Year’s Eve.

We didn’t even know AMP—primarily a jazz orchestra—was glad to do that kind of dance music.

Which brings us to Side A, a band most popular for its pop ballads phase. Although it opened with one of its biggest hits, “Forevermore,” the group—featuring new frontman Yubs Esperat—launched into a succession of ’80s rock and new wave nuggets including Billy Joel’s “Sometimes A Fantasy” and Depeche Mode’s “Just Can’t Get Enough.”

We ended up right in front of the stage dancing and marveling at the band’s dynamic interplay—keyboardist Naldy Gonzales, bassist Ned Esguerra and guitarist Leevon Cailao blasting out notes with precision and power, allowing us to see Side A in a totally new light.

Find out the respective gig schedules of these three bands to appreciate what we mean.

There’s a new place to hang out in The Fort area called the Bank Bar, apparently named so because it’s in the building of the RCBC Corporate Center (26th and 25th Streets, Bonifacio Global City, Taguig).

The more interesting part is that you won’t see the bar’s entrance—a stockroom-like door inside the 7-11 store at the building’s ground floor. Which makes the bar attain a speakeasy character.

Pineda said that while a traditional market of people in their 40s and above gets older, there is a younger generation that is starting to develop a taste for drinks other than beer, specifically fine champagne cognac like Remy Martin.

Mei elaborated that since today’s consumers have multifaceted skills and talents, “One Life/Live Them” is a call to pursue all the wonderful opportunities the world offers.

In short, Remy Martin serves to cap off one’s endeavors at the end of the day.

But if moderation is key to responsible drinking, just how much does that mean?

Pineda said it really depends on the capacity of the person. In his case, he’s still okay after five single glasses.

The event also announced the appointment of Jeremy Renner as Remy Martin endorser. He was chosen because of his outstanding talents as actor, producer, home renovator and musician.

The nightlife crowd at Eastwood Mall chanced upon the recent lighting of the first spaghetti Christmas tree sponsored by food brand Del Monte, which is promoting its Filipino style spaghetti sauce.

The best thing about the event is that Del Monte gave the Pingris family and members of media the opportunity to share the Christmas spirit with their chosen charity. Each winning charity was given P10,000 worth of Del Monte Pamasko Packs.

The public is also invited to choose their respective recipients via a dropbox beside the Del Monte Spaghetti Christmas Tree at the Eastwood Mall Open Park until Dec. 26.

Winners to be drawn weekly will receive P10,000 worth of Del Monte Pamasko Packs as well.