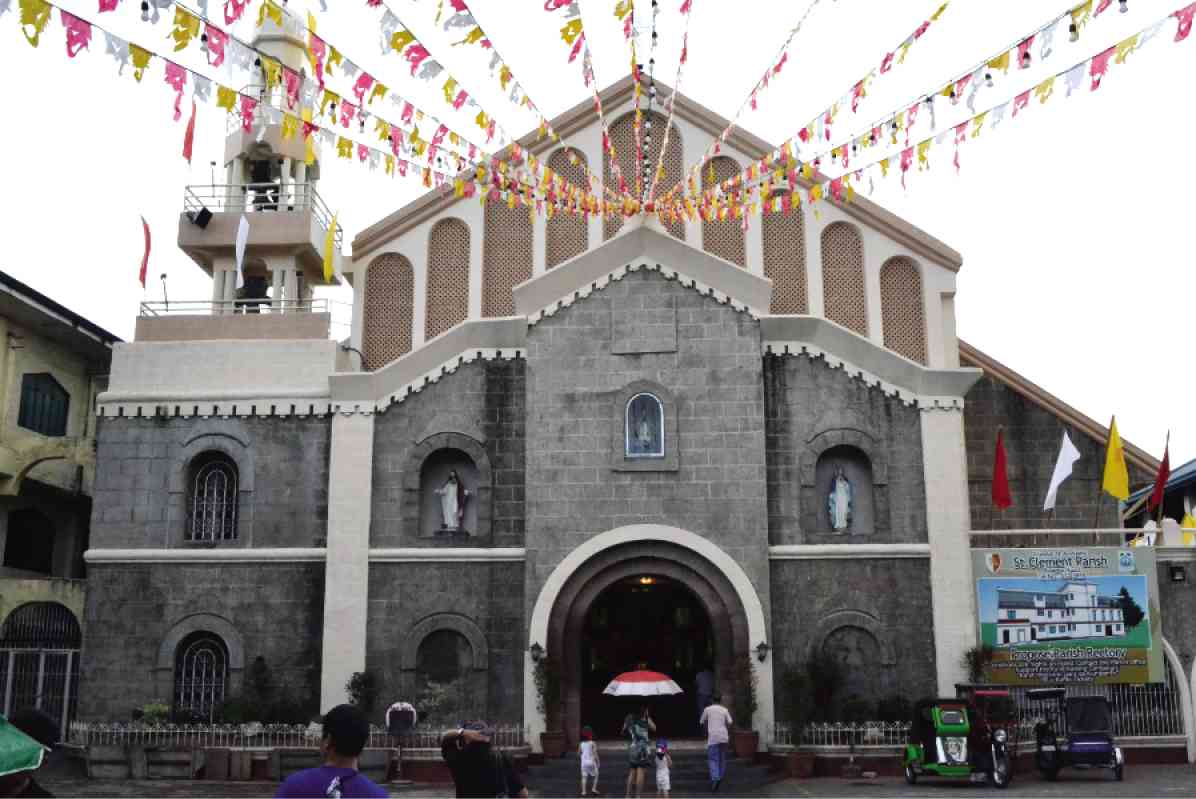 ASIDE from being known for the Higantes Festival and as the Art Capital of the Philippines, the town of Angono in Rizal province still has treasures waiting to be discovered – treasures that date back to the Spanish colonial period, the time when it was still purely an agricultural and fishing village.

Founded as a pueblo or town in the mid-18th century, Angono was a former visita of Pasig, Taguig, Morong and Binangonan. It was then under the jurisdiction of the province of Laguna and later the Distrito Politico Militar de Morong, formerly the Distrito de los Montes de San Mateo.

Angono regained its status as a town or municipality in 1938 after it was merged with Cainta to Taytay in 1901 and with Binangonan in 1903.

Church historian Regalado Trota José noted Angono during the Spanish colonial period as “the uniquely secular parish among Franciscan towns in the area.”

The town’s first church was constructed in 1751 on a hill in Biga, now part of Barangay San Roque.

This church dedicated to San Isidro Labrador was partly damaged during the 1863 earthquake. Three years later, another church was built in what is now Barangay Poblacion Ibaba, probably of light materials. In 1887, an expanded church was constructed and dedicated to San Clemente, the patron saint of fisherfolks. The church since then has remained.

For a long time, the church at Biga remained in ruins. In the 1960s, it was still standing but the area was eventually sold to private owners.

The ruins were also believed to be no longer existing, but a recent visit by the Inquirer through the help of former municipal tourism officer Ric Lipio, municipal employees Roderico Teves and Rey Castillo, and Jovi Galang revealed remnants of the original church of Angono.

Blocks of adobe used for the construction are still visible at the site which according to Aurelio Perez, a septuagenarian church worker who used to go to Biga when he was still young, has stairs going down to a portion of the Angono River they call banyo ng pari or the place where a priest takes a bath. The area is now in the midst of modern houses.

The present church at Ibaba, which has undergone major renovations in the past years, still has its original two-level façade and the lower two stories of its belfry.

The church houses the first replica of the still existing original image of San Clemente, which according to oral history was accidentally fished out by a net at Laguna de Bay.

Aside from the image, the church also has two surviving old wooden pews, its old baptismal font, an 1877 rueda or bell wheel, and a painting of Our Lady of Perpetual Help by National Artist Carlos “Botong” Francisco. Inside a niche on it façade is another old image of its patron saint.

Two Spanish colonial bells, dated 1784 and 1853, which came from the church at Biga, also hang and are still being used at its belfry. Two other bells are dated 1937, and one a Hilario Sunico-casted 1941 bell.

At a room in the convent, other movable church objects are stored, a number of which came from the church at Biga. These include three ciboriums, two candelabras, a chalice and a monstrance.

According to Ric Lipio, a church worker, the parish is going to put up a museum which will house its collection of these objects. This museum will open sometime next year.

Lipio also brought the Inquirer to a location where what he described as the “old, original” and adorned with decorated sheets of silver carroza of San Clemente is being stored and protected.

Apart from the planned museum of the parish, Angono Mayor Gerry Calderon has recently created the Angono Municipal Cultural Heritage Committee “for the protection and conservation of the municipal cultural heritage as well as extending its affiliation to other cultural groups.”

The mayor also said that part of the local government’s working partnership with private owners at Biga is to preserve the place. He added that if possible, they would also make an offer to buy the area.

However, if in the case that the owner or owners would decline, the local government, he said, would still recognize the site and would build a replica of the church in the vicinity.