A funny guy with a serious side | Inquirer Lifestyle ❮ ❯ 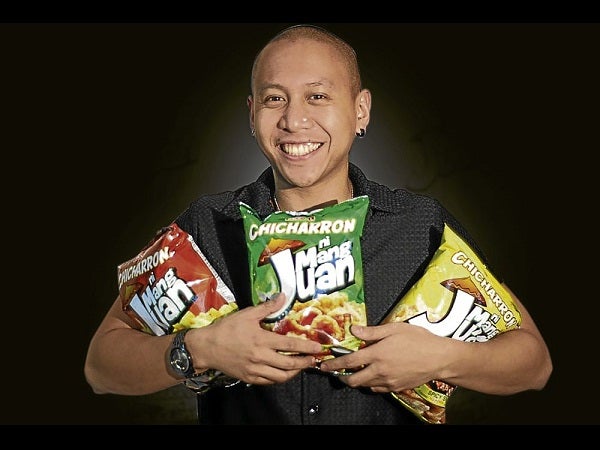 A funny guy with a serious side 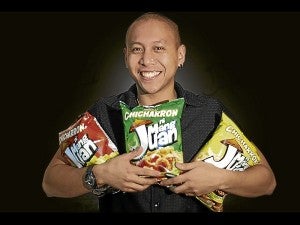 There is no denying that Mikey Bustos is one of the funniest guys on YouTube, thanks to his Filipino tutorial videos that talk about anything and everything Pinoy: from the Filipino accent to uncanny artistic talents of Filipinos.

So hilarious are his videos, and sucuh a huge hit have they become, that the Fil-Canadian contestant in the 2003 edition of Canadian Idol isn’t referred to as just a singer now; he is more popularly known as a YouTube sensation. And with his witty, engaging, and relatable videos on the Filipino and the Pinoy culture, there is no wonder why Jack ‘N Jill chose this Internet star to be the endorser of Chicharron ni Mang Juan, their latest snack.

“I didn’t know how Pinoy I was until I started working on the Pinoy series,” Mikey says. “I discovered that, yeah, my parents actually brought us up with the Pinoy culture a lot.”

Just how Pinoy is he? Apart from being very family oriented, he says that he is also spiritual. “We were raised by my tita who was educated by the sisters of Good Shepherd Convent in Tagaytay. I know every single Catholic prayer under the sun. I pray every day, every moment—even when I am singing; I consider it kind of a prayer.”

His love for others is undeniable. For example, when asked for the most challenging video he has ever done, he says that it is the one for the “Love of a Mom,” a song he wrote to benefit the Canadian Breast Cancer Network. It features Mikey goofing around with his mom, who is a cancer survivor.

And when asked for the most memorable fan experience, he singles out this story about someone with cancer who enjoyed his videos. “During her last days, she was laughing because of my videos. That touched me.”

What a lot of people do not know is that Mikey’s two loves are music and… insects. Ants, to be exact. In fact, apart from his career as an entertainer, Mikey has a business: an online store that sells homes for pet ants. “It’s kind of an underground hobby but it’s exploded now. We ship to 20 countries. We’ve been featured on Discovery Channel and Animal Planet. We create the homes for colonies.”

“I love ants!” Mikey exclaims, seriously pointing out how ants deal with a lot of the problems that humans face. “Garbage disposal, the dead, disease, population control, day care for the baby,” he enumerates.

As if this observation isn’t enough to confirm his love for ants, the entertainer shares that all his best friends are top entomologists, and that on his next album, he has a song about ants. “The producer was like, ‘Are you serious?’ But when it was done, she was like, ‘This is my favorite ballad off the entire album.’ It’s called ‘Learning from the Ant’ and I cried recording it,” he seriously says.

So what’s next for Mikey? “I would like to collaborate with artists like Aiza Seguerra, Ogie Alcasid, Gary Valenciano, and younger stars like Sarah Geronimo. I’d like to get into acting, too; mostly comedy.”

But he’s not ruling out doing drama as well. “Of course! I can cry on cue,” he says with a straight face.