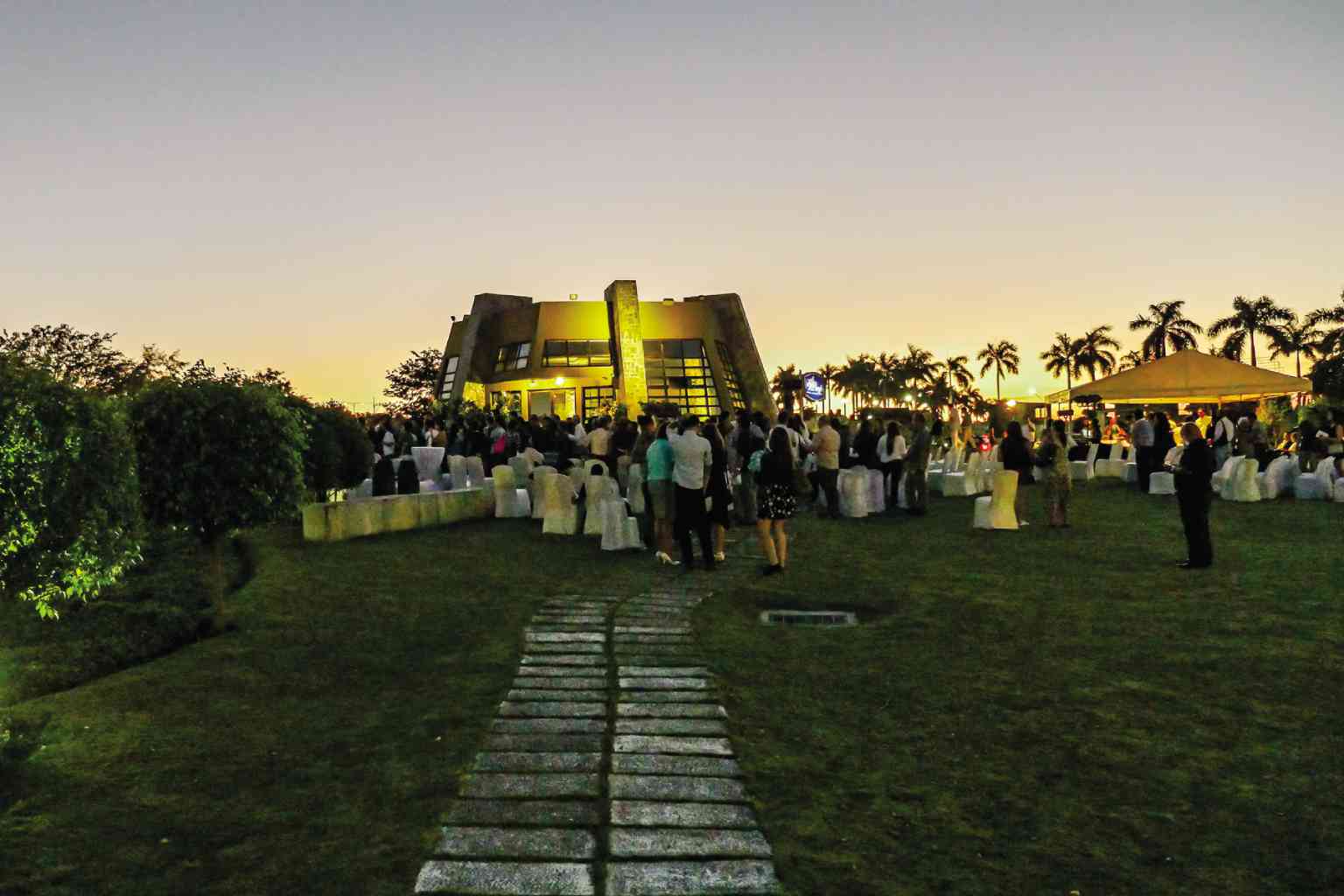 And now it begins—the realization that Letty (Jimenez-Magsanoc) has passed away.

It’s now 11 at night, we’re closing pages. This is our Letty time—she is our end-of-day.

Since she worked late into the night, she would be the only editor left as we closed our pages. From our workstation, we only had to throw a glance at her desk at the end of the newsroom and shortly beyond it, her lit room. (She had two workstations in the newsroom—one near the central desk, and another in her own room.)

We would usually see her hunched over printouts of stories. She’s still there, we’d tell ourselves, and would walk over to her to chat. That would be our end-of-day chill.

Then we’d go back to the Lifestyle workstation while she resumed reading her printouts. About half an hour later, we’d cast a glance at her room again. When the light was off, it meant Letty had called it a day.

Tonight, there’s no one at her desk. Her room light is on—but that’s because the staff has kept it on, with a candle burning on her table.

But we will end this night without our end-of-day Letty.

Last night, we ended the two-day tribute given at her wake at Heritage Park.

While all others paid tribute to her as journalist, I remembered Letty as wife, mother and someone we loved hanging out with. (Given Dec. 29, 2015, Heritage Aeternum)

I never thought I’d spend each day the past three days writing about you (Dec. 27, 2015, Page A1). You wouldn’t have approved of that—we are not the news. We cover the news, you always said.

READ: A million thanks, LJM

But then you didn’t really get to say goodbye to us. You pulled a fast one on us. Your going away was like all the news banners you crafted—a grabber, as we always say in our job. But this grabber came with unbearable pain.

I spent Christmas Eve with my family but while thinking of my other family—you, at Mass, asking Mama Mary what was going on, why, but at the same time I was asking her to show you the light, to lead you to her bosom.

But then you have always been a light yourself, a beacon to us in our profession that has seen so many dark days, a wise soul to your friends needing counsel and even to your political enemies needing but oblivious to redemption.

If there’s one thing we’ve missed in these tributes, in our continuing celebration of your life, it is how you’ve been a very dutiful wife and mother. Very hands-on even if there was breaking news every minute.

We never got to tell you this, but a lot of us envied you for having the best of both worlds—being on top of your career while having a durable marriage, and as yesterday’s tribute said, having a good-looking husband, a stylishly kept home, and children who are accomplished in their own right and have their sense of values while leading productive lives.

That’s why we would try not to call you before 11 a.m. because that time belonged to “Doc” and to your reading. You belonged to us early evening onwards unless Marti (youngest son) called.

And even if we were out having dinner or just hanging out late in some place you liked to check out, you would always have takeout for Marti or call Marti to ask what dish he liked. Of course Louie Cruz would tell you that was your way of spying on your son so you’d know where he was or enticing him to join us at dinner. We’d tell you he wouldn’t enjoy dinner with the titas of Manila.

But we envied how you could strictly keep Monday as your dinner date with Doc and with Marti. If ever the Lifestyle food page had any use, it was to give you leads to what resto to discover.

With great attention to detail, you helped fix Kara’s wedding  and our preparations there at Subic Yacht Club, I would always remember. All the steps—all—of that poolside had votive candles just as Kara had wanted. And we went for a sunset shot. What’s this with you and sunsets?

You built a playhouse for your apo, the construction of which kinareer mo.

This playhouse was just one of your pakulo. We admired how ingenious you could be in luring your entire family to be around you. You were ingenious, not only as an editor but also as a wife and mother.

You have a stylish and artistic apo who beat you to one of the town’s most sought-after hairdressers. You wanted to try that hairdresser but couldn’t get an appointment. One time, as he was doing my hair and you were telling me on the phone how you wanted to be next in line, I told you there was no more slot because a certain Magsanoc, a long-haired girl, was already seated beside me.

You then asked me to ask her name. Monica. Then you said, give her the phone… the grandmother was amused, if not proud, that her apo could get an appointment with the hairdresser just like that.

You loved entertaining at home and welcomed dear friends, in some cases, even former political foes like Erap. You went to great lengths to add lovable touches to those dinners. Like one time you hosted a dinner for a former Manila Hotel PR who was visiting from London.

You sourced old menu cards and even yellowing Do Not Disturb door signs from the old Manila Hotel and placed them alongside the table centerpieces of red roses. You were pleased that we all liked it. It was, we told you, your Martha Stewart moment.

I recall all these in great detail because this was a side to you that the world that feared you hardly saw—a woman with style who kept a cozy home, even as she fought the inequities of the world.

But beyond style, to your friends, you would turn that home into a refuge. We’d feel free to drop by for lunch, after you had gone to Mass, to just chat, and it would be better if we surprised you with food, especially soft-shell crab from the old Grassi. Even after I had left Inquirer for ABS, I would drop by your house for lunch to unload my managerial problems,  and you would listen.

When one of our friends discovered that her fiancé was, in fact, gay, you said that called for time in your gazebo, where we could just let her talk and get drunk to help her deal with this surprise.

This was you, the icon of democracy, in your downtime, and we feel blessed and privileged to have spent some moments with you, moments which pop up in our memory now and then—especially when we wake up in the morning. Then one realizes you won’t be there at night at your desk anymore.

I have been successful at holding back the tears by recalling only the fun moments. Like one time coming from the funeral of the Inquirer Entertainment editor, we decided to have lunch at Alabang Town Center—your first time there, this was years ago.

As we dined and people watched, you told me, out of the blue, the second career you would have upon retirement. I really like to organize files and fix people’s clutter, you said.

Huh? I said. Yes, just go into their home and fix their stuff, their files, knickknacks and all. I said, anong market demographic natin dyan. Surely we won’t get politician clients, I said.

You never brought up the idea again, and I never did get to know if you were just pulling my leg.

Unknown to the world, you had your moments of vulnerability and apprehension. Like one time you asked to have dinner at Chef Jessie, just us alone. You just wanted to talk, wondering how our series exposing corruption would have a fallout even on the company. Then we turned around and right behind us was the whole clan of the politician who would be the subject of our expose.

As a journalist you did what wasn’t easy—to be fiercely independent. Behind the fight for democracy and the values the Filipino holds dear, not known to many was your behind-the-scenes dynamics with management. Separation of church and state, it’s called in publishing. That is never easy, in any milieu.

But you and Sandy, like you’d tell me, have a unique partnership. And in that partnership lay the strength of Inquirer. You respected each other, like in a durable marriage. Sandy lived or tried to live with your fierce independence while you also recognized the one who brought home the bacon, so to speak.

Yours was like a marriage where you would hold hands one moment—and I’ve seen you do that—and have tampuhan another moment.

Even as you led Inquirer to many awards, you were not a careerist or one who built only his name or image. On the contrary, it was never about you. You would have stayed anonymous if you could, for you often said power was never to be brandished.

It was never about you, but about the paper, the institution, the profession, and at the end of the day, the country.

You remained steadfastly that way in an era of celebrityhood, when journalists are into marketing and branding.

Not only are you a bedrock in Philippine journalism, you also stood for the old school traits we love about our profession in the first place—integrity, hard work, excellence, and so obvious in your case, nationalism.

Let me reveal that there was one goal, however, you weren’t able to achieve.

Years ago you suggested we take singing lessons in your house, that I could go there on weekends and we get a voice coach. Why, I asked.

So we can do sing-alongs and can sing better, you said. In a rare moment of bravery before you, I said no. No singing duet.

And the world was the better for it.

We love you, Letty.