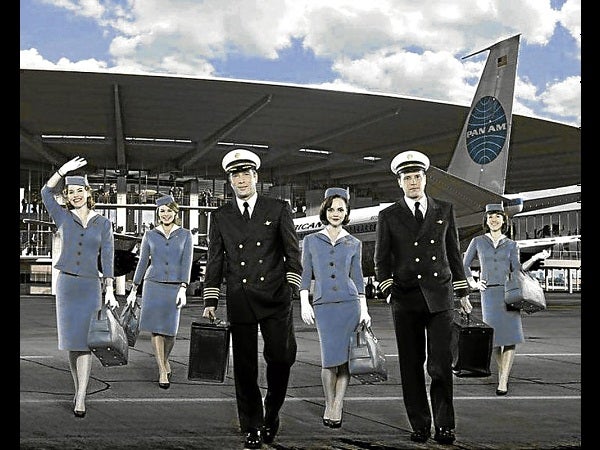 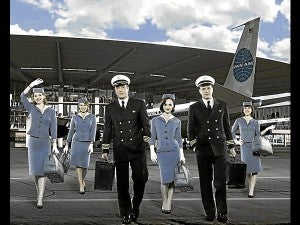 Not every show needs to be groundbreaking and thought-provoking, full of depth and pathos and the like. There’s nothing wrong with some light-hearted fare you’re not exactly required to burn brain cells to follow. Sometimes you want to just kick back, relax and hope you can get someone to fetch you a drink, a pillow, and an extra blanket, much like the stewardesses of “Pan Am.”

Created by Jack Orman, who used to be the executive producer of “ER,” the 1960s period piece follows a group of stewardesses and pilots of the Pan Am airline. That’s the simple description, but tonally, the show can’t seem to make up its mind, going from spy piece, to family drama, soap opera and comedy, sometimes all within one episode.

Just as the show can’t seem to decide what it wants to be, it also can’t decide who the focus of the show is. The big name is film actress Christina Ricci, who plays Maggie Ryan, the headstrong rule-bender of the crew.

Despite having the biggest name on the marquee, we actually spend more time with Kelli Garner’s character Kate Cameron. Aside from being a stewardess, she’s also an undercover courier for the CIA, bringing communiques in and out of different countries at the height of the Cold War. Tagging along is her sheltered, runaway bride sister Laura (Margot Robbie), fresh out of training, and breakout star Karine Vanasse as Colette Valois, a French stewardess.

“Pan Am” is a slow burn sort of show, meaning it takes a long time before it really gets up and running, or soaring, as it is. Take for example, the plot line of Kate as CIA gopher. It takes five episodes before Kate does something beyond moving a package from point A to point B, to be specific, seducing a foreign national to tag along on a date in order to get the fingerprints of his associate.

While they did try to insert some sense of gravitas to the job by having her predecessor lay out what happens when she messes up (the spy, another former stewardess, had to change her identity completely), the conflicts prior to episode five are largely blah, such as in episode four when Laura accidentally uses the camera Kate was supposed to drop off in Jakarta. “Alias,” this show is not, nor is it “Mission: Impossible.”

Of course, the first two episodes make you think that Laura is the main focus of the show and not Kate. After getting on the cover of “Life” magazine, Laura finds herself having to handle a bit of fame despite being a rookie stewardess, while at the same time, dealing with her mother trying to patch things up between her and her ex-fiancee. 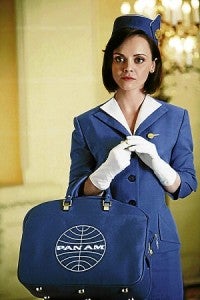 And while all that’s been happening, we get a nice three-episode arc that puts Vanasse’s Colette out to the forefront, capped off in Berlin where we find out that she grew up in Nazi-occupied France, leading to a touching scene where she spontaneously bursts out in Nazi song in the middle of a German party, in order to shame the West Germany leaders.

Unfortunately, Colette then gets relegated to the background from that point on, and if you’ve noticed, I haven’t even touched on Ricci’s character yet. That’s largely because Maggie doesn’t do a whole lot beyond acting rebellious and headstrong here and there, though she does get a strong bit as a JFK supporter in episode three.

It takes six episodes before Maggie is thrust front and center, in a bit where she comes close to being fired. Clearly the show’s writers have not yet gotten the hang of seamlessly rotating characters in and out, and I haven’t even discussed what’s going on with the pilots yet.

The show, however, is gorgeously shot. It does globetrotting well, considering how they’re filming everything from New York. Helping out in that regard is veteran director Thomas Schlamme, most famously of “The West Wing,” who also dons the executive producer cap for this show. He helps keep things zippy, preventing the audience from getting bogged down with talk and unfunny puns (poor Ricci seems to get the lion’s share of these).

Despite of the imbalances in storytelling, “Pan Am” is still very watchable. The blend of genres doesn’t stick out like a sore thumb too much, unless you “only watch dramas” or something equally ridiculous. You’d want the show’s creators to eventually decide on a tone but not every new show can be “Revenge” (see the other review), aware of what it wants to be from day one.

That said, they’ll need to decide quickly to avoid putting this show in the cancellation bubble. It certainly helps that the four female leads are all very good at what they do, working to minimize the impact of some shoddy lines and rolling with ridiculous situations (Kate’s drop-off in episode four at night in Jakarta, for one thing).

“Pan Am” premiered at roughly the same time as “The Playboy Club,” with both shows set in the ’60s, with supposedly female-friendly storylines about girl power in an era and in places where there wasn’t any.

Public scandal at the idea of “Playboy” being glamorized on mainstream TV quickly scrapped the latter after three episodes, but its content was remarkably one-track, as well, putting on imaginary blinders to tell a boring story about a famous mob figure being murdered at the club by one of the bunnies and the ensuing cover-up.

“Pan Am” goes the opposite route, seemingly able to tell any kind of story its writers can come up with. That sort of open-endedness can be both an advantage and a hindrance, depending on what the writers churn out, but for now, the turbulence remains at a minimum for “Pan Am.”