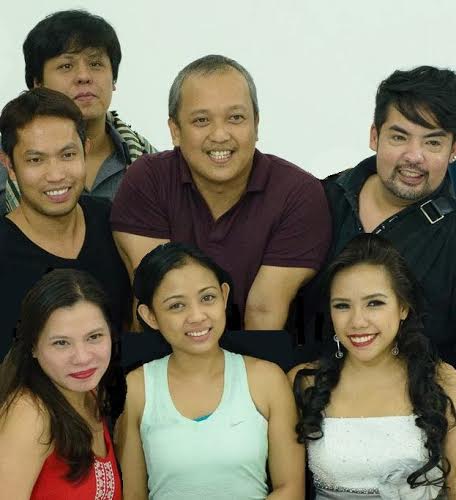 How Egg Theater Company got hatched

There is nothing like a deadline to set things in motion.

Playwright, director and actor George de Jesus III and his theater colleagues would get together and lament the dearth of Filipino plays.

“Aside from the annual Virgin Labfest’s one-acts, there are few contemporary materials,” he says. “If there are translations, they’re usually of period plays.”

Prompted by this realization and partly inspired by the consistent success of Red Turnip theater company, founded in 2013 and specifically focused on English plays, he and his coterie realized they could do something to fill the gap.

At this time, the deadline to the Fringe Manila 2015 festival was fast approaching.

“We’d already been thinking of forming a group, but the deadline forced us to move faster,” he says, laughing.

“Deciding on a name, we chose Egg Theater Company (ETC). The verb egg means incite or goad. The noun egg means seed or origin. We want to incite with original works or new ways of seeing old works.”

ETC’s maiden production was “Maniacal,” an adaptation of Molière’s “The Learned Ladies,” a satire on academic pretension, reset to present-day Manila’s theater industry.

The titular characters were transformed into “learned actresses,” so to speak, concerned with acting techniques, artistic versus commercial theater, and such.

Goad they did. “During rehearsals, we really had no idea how audiences would react because we mentioned names of real people and actual productions. We were surprised that it was received well.”

Inquirer Theater section editor Gibbs Cadiz lauded it as “an unsparing satire of and a tender valentine to PH theater,” while reviewer Vincen Yu praised the show’s “unexpected freshness and unforgiving truthfulness… explosive dialogue, littered with tongue-in-cheek references to all things Philippine theater and sparing no local company in the process… packed with so much heart.”

It was popular enough that ETC was able to mount two more restagings before 2015 was over.

There is no artistic director to speak of, for now anyway. “Our roles are fluid, but we have our own tasks and responsibilities. We are still developing how we will be structured organizationally.”

The group’s goal is to stage plays with “a contemporary setting, in Filipino language, using original materials and translations/adaptations of both modern and classic works, geared to showcase the Filipino actor.”

In February, ETC will stage “Schism,” an adaptation of Molière’s comedy “The Misanthrope.”

Building on the success of “Maniacal,” this adaptation will also be set in the theater industry with the titular character transformed into a playwright who has staged a brutally honest production that has created a “schism” in the community.

A Filipino translation of Martin McDonagh’s “The Pillowman” follows in April.

The play is about a fiction writer living in a police state who is interrogated about the gruesome content of his short stories and their similarities to a number of bizarre child murders occurring in his town.

The season concludes in September with a trilogy of Molière’s plays, all adapted into the local theater scene: “Maniacal” and “Schism” will be restaged in repertory with “Praning,” an adaptation of “The Imaginary Invalid.”

“Praning” transforms the titular character into an overly stressed theater director who casts a show biz personality in their production’s lead role.

All productions will be staged at Pineapple Lab Gallery, Palma St., near Rockwell Center, Makati.

“I love Molière,” says De Jesus. “I find his plays very Pinoy. His take on pretentiousness and hypocrisy are quite apt.

“Egg Theater Company will be presenting Molière’s plays, and his critiques of society’s ills, adapted into the world of Manila theater. We invite audiences to look at this as a microcosm of Philippine society.”