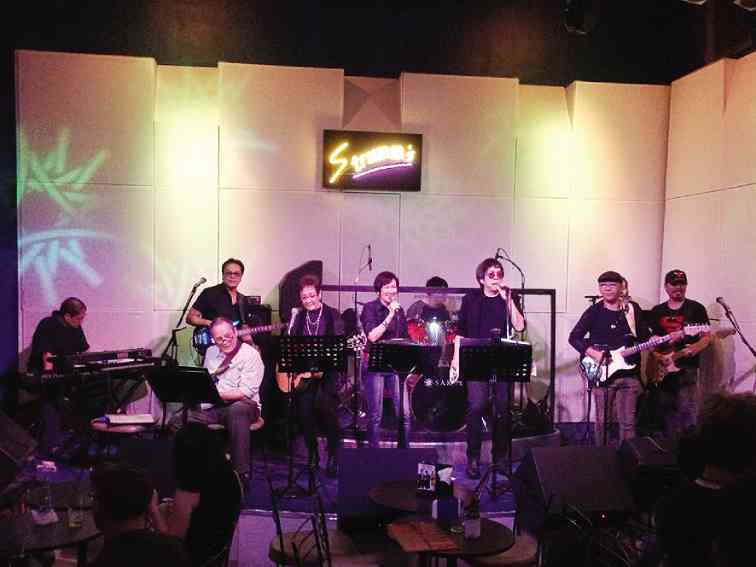 PRIMOS, a club across the Shangri-La Plaza part of Shaw Boulevard in Pasig, will be filled on Sunday, Jan. 11, with kindred spirits and friends of musician Ed “Sarge” Cariño, who passed away last week.

Cariño was an accomplished bassist, having played with numerous groups since the early 1970s, notably the Sangkatutak Band, whose members included Ivy Violan, Richard Merk and Edgar “Koyang” Avenir—who, along with John Lesaca, were Cariño’s childhood neighbors in the Area One residential community of the University of the Philippines Diliman campus.

In later years, Cariño distinguished himself as a reliable sideman who could accompany practically anyone onstage.

The last time American band Chicago played in the Philippines was in 2009—the same year that its most prominent ex-member, Peter Cetera, also visited the country for his own solo concert. Their respective performances reflected the distinctive musicality and enduring appeal of “rock with horns” and pop ballads of the ’70s.

Chicago returns for another show on Jan. 20 at Smart Araneta Coliseum. The band has nine current members, four of which are from the original lineup: saxophonist Walter Parazaider, trombonist James Pankow, trumpet player Lee Loughnane and keyboardist/singer Robert Lamm.

The latest news is that Chicago will be formally inducted into the 31st annual Rock and Roll Hall of Fame on April 8 at Barclays Center in Brooklyn, New York.

That ceremony will be highlighted by performances from the inductees which include Cheap Trick, Deep Purple, Steve Miller and N.W.A.

This has apparently excited Cetera—who hasn’t performed with Chicago since he went solo in 1985—because he recently posted the following message on his web site, addressed to his former bandmates: “… As a finale, we can walk onstage together one last time as a group, I’ll strap on the bass, and we can do ‘25 or 6 to 4’ in the key of E. I believe it would make for one fantastic Hall of Fame moment and satisfy those who have always wanted some sort of reunion.”

Lamm has confirmed Cetera’s participation in the coming induction, although it really won’t matter if the latter can’t join Chicago’s Big Dome concert.

Speaking of the ’70s, a good opportunity to hear the music of that era, as well as the ’60s and even the ’80s, is on Tuesday nights at Strumm’s featuring Glass Onion—a local band whose members include businessman TonyBoy Cojuangco and former government official Lenny de Jesus.

A full-house crowd had a good time grooving to the throwback music, which ranged from Elton John to Carly Simon to the Rolling Stones to Aretha Franklin to Toto to Janis Joplin to the Eagles to Seals and Crofts to the Beatles and, yes, Chicago.