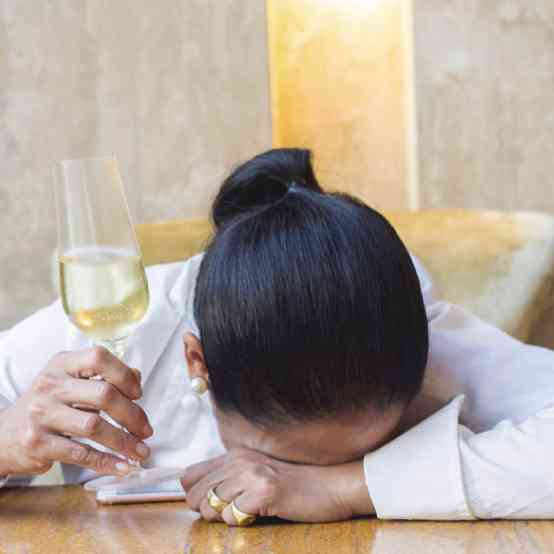 FORES being overwhelmed by the news FROM MARGARITA FORES’ FACEBOOK PAGE

News of the annual guidebook’s irrelevance to the contemporary food scene has been greatly exaggerated. Especially in France, where it all began, the little red book, now also available as a free download, makes and breaks restaurants.

A demotion, or just the threat of demotion, leads chefs to despair and commit suicide.

When a restaurant goes from two stars to three stars, the nearest airport should prepare for private jets with passengers who have flown to France just for dinner.

Although the “Guide Michelin” is still undisputedly the bible in France, its attempts to diversify to a global market have been met with mixed reviews. Apart from Europe, there are Michelin guides to Japan, Hong Kong, and Rio de Janeiro and Sao Paulo.

On the world stage, especially outside Europe (including Britain and Ireland), its authority is, at best, debatable. It jostles for dominance with the upstart World’s 50 Best Restaurants, which is more commercialized in its approach and far more transparent about its voting procedures.

The few Michelin inspectors who have dared break their silence have been interviewed with their faces blacked out, like criminals or hostages; but otherwise, the process of selection for the red guide is a black box.

World’s 50 Best doesn’t reveal its judges, but details about its selection process and criteria are prominently posted.

Conversely to Michelin, which started by covering France and then branched out to other countries in Europe, World’s 50 Best has spawned subcategories.

There is also Latin America’s 50 Best.

However, the one we’re most interested in is Asia’s 50 Best, which this year will announce its winners at the end of February.

In case you’ve somehow missed the news, last Tuesday a small team of representatives flew to Manila and awarded the title of Best Asian Female Chef to Margarita Forés.

There was no one who thought she didn’t deserve it, and the news has justifiably gone beyond the little food circle.

Amid the jubilation and the applause, a few voices asked whether it was a back-handed compliment or not.

Why did there have to be a separate award for the best female chef? Why not just best chef in Asia?

Oh, and why just in Asia? It could be seen as just a bit condescending: You’re the best chef, but, well, just in Asia, and only among the woman chefs.

This stems from the same argument that says there shouldn’t be a Man Asian Prize for Literature, or Best Black Music Awards, and that the Oscars are too white.

It’s the question of whether there should be a kind of affirmative action in the structure of the award categories, or simply more of an attempt to be inclusive overall.

I don’t actually have a consistent answer to this question.

But even while the politics of a largely white panel and administration choosing the best literature in Asia were problematic, the award has done tremendous good. There was, finally, a literary award that united the region and gave the winners attention in the region and to Western publishers.

Citing funding reasons, but generally acknowledged to be due to internal politics, the last award was given in 2013.

Is the subgenre of Asia’s 50 Best Restaurants condescending?

Well, yes, of course it is, because there isn’t a US and Europe’s 50 Best, which would make it a tiered system, in which the regional awards are semifinals and the main award the finals.

But ultimately, like the Man Asian Prize, it does more good than harm.

It’s an acknowledgment, which the Michelin Guide lacked for some time—that there is good food outside of Europe and North America.

For nascent food scenes, like Southeast Asia and Latin America, it invigorates the competition and brings the winners the attention of a wider audience. It draws more customers to the restaurants, even those not on the list.

The local awards, such as Esquire, Philippine Tatler, Manila’s Best Kept Restaurant Secrets and many more, keep the knives sharp, but international recognition is equally (but not more) important. We can, and should, have both.

The same logic goes for the “Female Chef” bit: Once the gap between professional women chefs and their male counterparts has closed somewhat, it would be insulting. But as the industry currently stands, it calls much needed attention to the gender gap in the culinary world.

Margarita Forés’ award is well-deserved and gives her the official recognition of what had been widely acknowledged in the local industry for some time, anyway. We all knew it, but it’s good that judges at San Pellegino think so as well.

And, as Miss Universe might say, the award isn’t just for her. The best thing that could be evinced by her achievement is for a generation of young chefs to aspire to something beyond the ordinary.