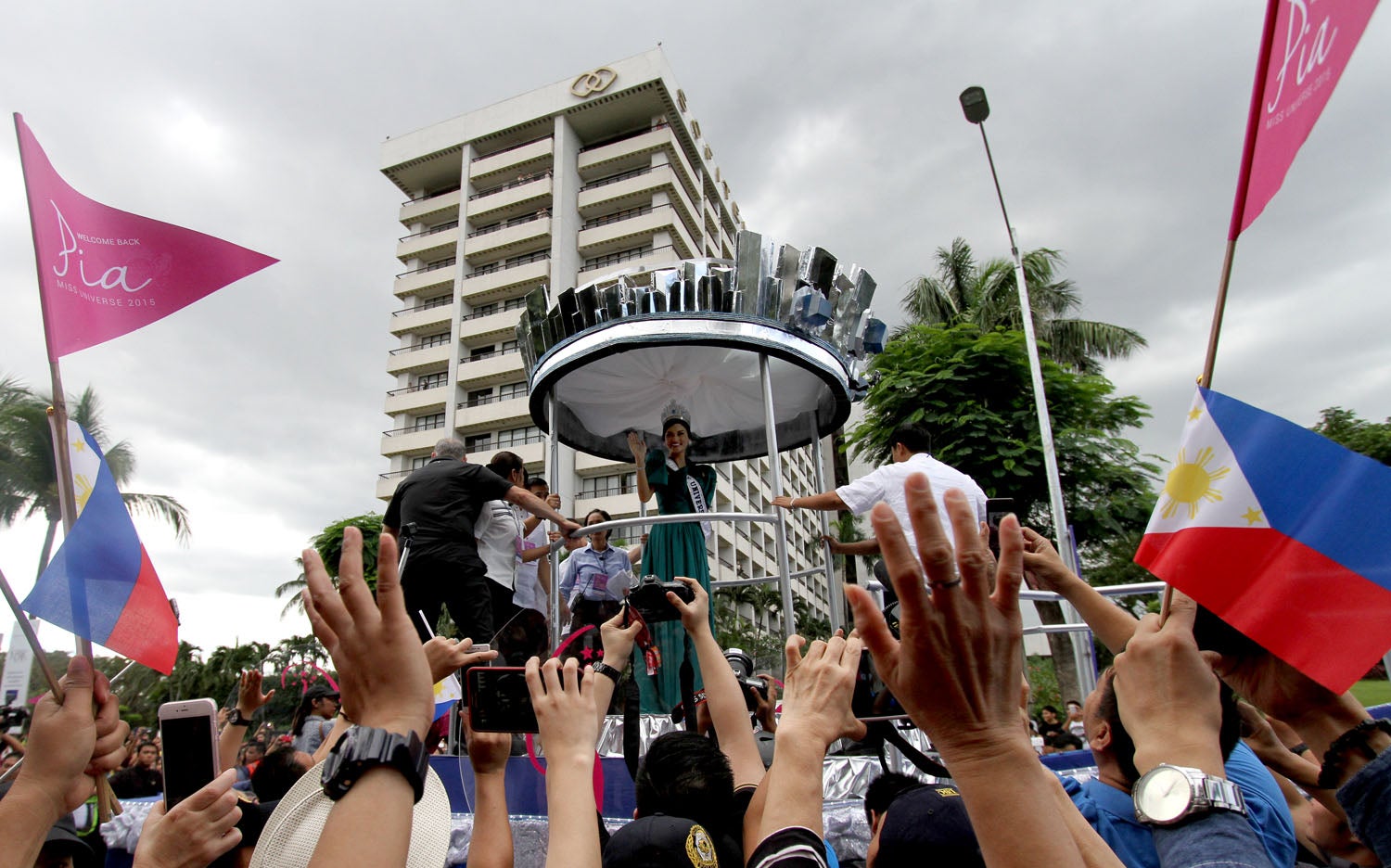 SPEAKER Feliciano Belmonte Jr. on Monday expressed his gratitude to Miss Universe 2015 Pia Wurtzbach for her willingness to pay taxes after winning the most coveted crown.

Belmonte said he supports a proposed legislation seeking to exempt Wurtzbach from taxes but he said he was impressed that Wurtzbach has already volunteered to pay her due taxes.

Belmonte said the plenary recently adopted a resolution conferring on Wurtzbach a congressional medal similar to the one conferred to boxing champion and Sarangani Rep. Manny Pacquiao.

Pacquiao himself faces taxation woes as the Bureau of Internal Revenue (BIR) is going after him over taxation on his millions of earnings abroad.

Wurtzbach is expected to receive the congressional medal when she visits the House of Representatives on Tuesday.

In an exclusive interview with the Inquirer Lifestyle on Sunday, Wurtzbach said she has never missed paying her taxes and she would be willing to pay the taxes due on her income abroad as Miss Universe.

“I am aware just like any employee that I have to pay taxes. I have never (missed it) when I was with ABS-CBN, Binibining Pilipinas. When I start working in the US, I’d be doing that as well,” Wurtzbach said.

She clarified that the BIR cannot tax her for her gem-encrusted $300,000 crown because it was only given to her on loan and that she would pass it on when she finishes her reign.

It was Cagayan de Oro Rep. Rufus Rodriguez who filed a resolution seeking to exempt Wurtzbach from paying taxes.

The resolution would also seek to congratulate the beauty queen and bestow upon her the title Ambassador of Good Will.

The crown crafted in the Czech Republic costs $300,000 and comprises of diamonds, blue topaz, blue sapphire, crystal, and gold.

“The more the crown should not be taxed! Since the (gems) are part of the crown that should be exempt to acknowledge and give honor to her,” Rodriguez said.

Wurtzbach won the most awkward Miss Universe in history after its host Steve Harvey wrongfully crowned Miss Colombia Ariadna Gutierrez. Gutierrez had to be decrowned on live telecast to give way to the rightful queen.