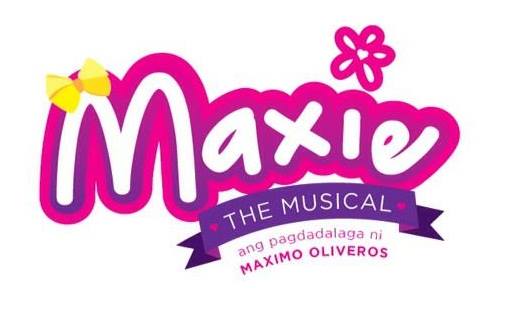 The rerun of “Maxie The Musical: Ang Pagdadalaga ni Maximo Oliveros”, slated for April this year, has been cancelled, the producers announced today.

A letter sent to cast members by Darwin Mariano of Bit by Bit Company, the producers behind the hit 2013 original Filipino musical based on the Cinemalaya film “Ang Pagdadalaga ni Maximo Oliveros,” said the rerun was being “postponed, indefinitely.”

“Some of you may be aware that we formally started offering the show for sale in December 2015 but unofficially, we’ve already informed previous showbuyers of the planned restaging a few months earlier than that. However, to this day, we have been unable to sell a single show in advance. In 2013, all the shows were pre-sold a week after we announced the production,” Mariano explained.

The “Maxie” rerun would have had Loy Arcenas as director. Auditions had been held to cast a new actor for the central character of Maxie, the gay teen from a family of petty criminals who gets infatuated with a policeman; Bit by Bit Company announced on its Facebook page a few weeks ago that it had found the actor for the part—played by Jayvhot Galang in the musical’s original run—but was withholding the actor’s name for the meantime pending a planned press launch.

Other performers who have been publicly mentioned as attached to the planned rerun include Phillippe Palmos, Teetin Villanueva (also a member of the original cast) and Jojo Riguerra, who was set to reprise his role as the young policeman Victor.

“Maxie The Musical,” with book and lyrics by award-winning playwright Nicolas Pichay, music by William Elvin Manzano, Janine Santos and JJ Pimpinio, production design by Gino Gonzales and direction and choreography by Dexter Santos, was one of the hit local productions of 2013, with a sold-out, much-buzzed-about run at the Peta Theater Center in November of that year.

The musical was an adaptation of “Ang Pagdadalaga ni Maximo Oliveros,” the breakout 2005 indie film written by Michiko Yamamoto and directed by Auraeus Solito that toured the international film festival circuit and won a raft of local and international awards.

The musical adaptation was itself hailed as “among the year’s best, particularly in terms of book, music, direction and even set design and lighting” by ABS-CBN.com reviewer Vladimir Bunoan, and as “a loving, heartwarming coming-of-age tale… [with ] strong performances and singing [as] the heart of the show,” according to Inquirer reviewer Walter Ang.

As to why the announced rerun had failed to attract showbuyers, Mariano has no ready answer.

“Perhaps, competing musicals (both local and foreign) have cornered much of the showbuyer funds,” he said in the letter. “While we are happy at their advanced success, this unfortunately has meant that, without showbuyer support, we will not have all of the funds needed to fulfill all financial commitments until the end of the run (salaries, theater rentals, etc.).”

“Maxie The Musical’s” announced April playdate would have seen it butting heads with the Australian touring production of “Les Miserables,” which opens March 11 and will play for several weeks at The Theatre in Solaire.