How girls’ chores can make a man | Lifestyle.INQ ❮ ❯ 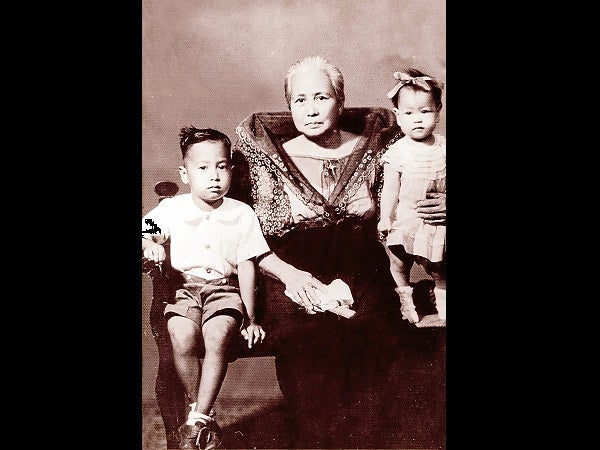 How girls’ chores can make a man 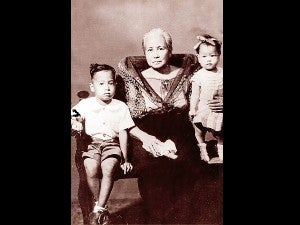 My grandmother, Lola Genia, ran a school of hard knocks with one student, me. I lived with her for a year in her farmhouse at the foot of Mt. Banahaw in Majayjay, Laguna. I was 11 years old.

Lola Genia drilled me on house chores which were, for heaven’s sake, girl’s chores in all their dainty, feminine and finicky details. The “course” covered cooking home food, setting tables, washing dishes, pots and pans, and tidying up stoves and the kitchen sink. Every step of the way was clean as you go. No fishy smell. Not one tiny speck of dust. Lola Genia was a squeaky-clean woman.

Wash my pants and shirts and iron them? You bet I learned how.

I preferred doing honest boy’s chores—fetching water to fill up the tapayan, chopping firewood and stocking them beneath the stove and  feeding the chickens and pigs in the backyard during mornings and afternoons.

There were farm tasks, which were muscular and tiring. I gathered unhusked coconuts during harvest, and hitched them to rattan baskets slung over our workhorses who carried the load to the copra dealer’s bodega. That’s not all. The horse had to be fed and given a bath in the river after a hard day’s cargo work.

During rice harvest, Lola Genia took me upland to her terraced rice fields where I mixed it up with farm folks who were cutting rice stalks, removing the grains by stomping their feet on the stalk bundles and winnowing the grains against the wind. The palay grains were stored in jute sacks then dried in the sun before milling. I took care of drying palay grains.

For mischief and bungled jobs, Lola kept a rod. She used walis tingting for punishment. I got whacked on my behind on two instances. The first, when I played hooky by gambling in a coin game called tanching. The second was when I stole one of Lola’s fat chickens and sold it because I was flat broke. For whacking, walis tingting is more painful than tsinelas or sinturon.

After a year, Lola Genia set me free. I was told to return to my mother’s house in Manila and resume my studies at Ateneo de Manila.

Before I left, Lola Genia took me aside and gave her last piece of advice. She said, “Someday when you’re married and your wife is pregnant and heavy with child, wake up early and cook her a nice breakfast.” With that she gave me a hug, the one and only hug I ever got from her.

After my tutelage in Lola Genia’s school of hard knocks, she never gave me an errand, never interfered with the affairs of my life. Like an eaglet who learned how to fly, I became free to soar in the skies on my own.

After 30 years of working in the advertising and marketing business, I became chair/CEO of three advertising conglomerates successively—Basic Advertising, Publicis-Jimenez Basic and Publicis Manila.

I was 71 when I was allowed to retire in 2007 after several postponements. I went back to Majayjay and built my own farmhouse near Lola Genia’s old house at the foot of Mt. Banahaw. I was like the salmon who matured in the sea and, driven by instinct, swam against the current upstream to the spot where I was hatched many moons ago.

Turn back the hands of time

It’s invigorating to turn back the hands of time and feel again life in Majayjay. The scenery did not change at all—rows of coconut trees, bamboo groves beside the babbling brook, Mt. Banahaw in the background and the big blue sky above.

I planted new lanzones trees because the old ones had been felled by typhoons. I told my farm keeper to raise chickens and pigs we could feed mornings and afternoons. We gathered firewood for grilling fresh tilapia and pork liempo. I acquired a horse who can load up and carry coconut harvests from the hillocks to the copra truck. This summer we will dry palay in the sun before milling.

Lola Genia passed away in 1971 when I was on a foreign assignment. I was tossing in bed the whole night in my hotel room when she died.

I’m sure she went straight to Heaven. She went to Mass and communion frequently. She led us in praying the Angelus and the rosary daily.

Here in Majayjay I can still hear Lola Genia’s voice, “If you don’t know how to do things right, how can you teach someone to do it right?”

This simple truth, 30 years later, became the central theme of “In Search for Excellence,” the best-selling management book that guided our ad agency to be highly competitive in a globalized business arena. Our management created the best hands-on training modules, which produced the most talented people in the advertising industry.

“When you’re married and you’re wife is pregnant and heavy with child, wake up early and cook a nice breakfast for her.” This counsel is actually the theory behind the success of our agency in growing our business by rendering service excellence in managing our client’s advertising and promotions plan.

My skills in doing girl’s chores elicited praises from my wife. My virtuosity in the kitchen surprised her. I’ve recycled leftover pork chop into a delicious menudo, yesterday’s fried tilapia into a luscious sarciado. “Tastes fantastic!” she said.

Methinks it’s my cooking that made her marry me, instead of her other suitors who are absolute idiots in the kitchen. (When I was courting her, I brought her Thai tom yum soup when she was down with the flu.)

My wife says I manifest a lot of “that woman thing” when I’m haggling prices with fish vendors in the palengke, cleaning garoupa, crushing garlic, slicing onions and tomatoes in the kitchen while my ginataang laing a la Majayjay simmers in the earthen pot. Arranging flowers, too, on her birthdays.