Iloilo: Where the past is always present | Inquirer Lifestyle ❮ ❯ 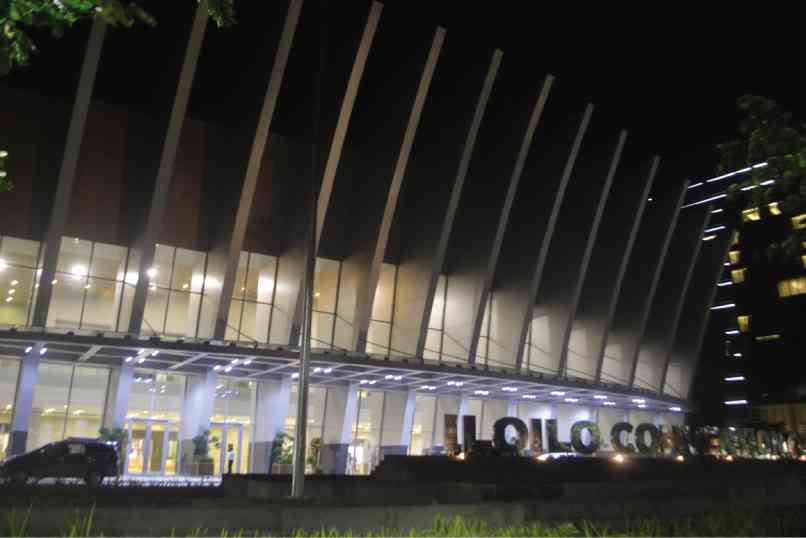 NEW LANDMARK: Iloilo Convention Center, the architecture of which was inspired by the “paraw”

Iloilo: Where the past is always present

The Iloilo City of Senate President Franklin Drilon’s childhood was a mélange of centuries-old buildings, tree-lined roads and picturesque scenes along the Iloilo River. Along the river’s edge, mangroves sustained the nursery base for bangus and tilapia while birds perched on the tree canopies.

Over time, however, the lack of urban planning, rising density, neglect of heritage buildings and politics stripped away Iloilo’s crown as the original “Queen City of the South.” The rundown domestic airport in Mandurriao was plagued with problems ranging from inadequate facilities to traffic congestion.

The need for visionary leadership and political unity drove Senator Drilon to initiate changes. He said in jest that when he visits Iloilo, “I’m acting mayor in the morning, then acting engineer in the afternoon.”

In 1998, the Iloilo Airport Coordinating Committee led by Drilon himself batted for the transfer of the domestic airport to a new location. Studies cited Cabatuan, a former Japanese airfield. The committee secured a $152-million loan from the Japanese Bank for International Cooperation at a long term with minimal interest.

By 2005, Iloilo International Airport became the first airport in Western Visayas to be built with international standards.

Drilon and Iloilo Foundation Development president Narzalina Lim discussed with Tan the need for a convention center. The pitch was that it would provide business to Megaworld’s Richmonde Hotel Iloilo (RHI) and more economic activity to Iloilo Business Park.

Tan donated a 1.7-hectare prime property, beside RHI, to the Department of Tourism (DOT) for the new Iloilo Convention Center. It targets the MICE (meetings, incentives, convention and exhibition) market.

Informally referred to as ICon, the new facility has a plenary hall, seven function rooms, a museum and a VIP area. With a gross floor area of 11,694 sqm, it can accommodate almost 4,000 people.

Architect William Coscolluela donated his services to design the convention center. Its outstanding architectural features are the dramatically angled louvers that mimic the sails of the paraw, the famous Ilonggo outrigger boat. Etched on the walls are geometric motifs of the Dinagyang Festival. The design aims to be an icon of the city.

President Aquino graced the opening of the Iloilo Convention Center, which was the venue for the recent Asia-Pacific Economic Forum Cooperation ministerial meetings.

Drilon pointed out that the convention center was funded by his pork barrel, the Disbursement Acceleration Program, and the Tourism Infrastructure and Enterprise Authority (Tieza), the infrastructure arm of the DOT.

One of Iloilo’s most important redevelopments is its evolution as a waterfront city. Drilon recalled that the province’s lifeline, the Iloilo River, was choked by salt beds, fish ponds, informal settlers, illegal businesses and port facilities.

The river’s impending death was also attributed to pollution. A vessel repair facility, replete with fishing vessels lining up along the river, also defiled it.

Most Ilonggos credit the river’s regeneration to the team of Drilon, Rep. Jerry Treñas, Iloilo City Mayor Jed Mabilog and other partners who form the Iloilo River Development Council (IRDC).

The clean-up was no easy job. The 1,000 families that resided in the banks were relocated to low-cost housing projects in the new Iloilo River Subdivision in Jaro district. The new community was endowed with a school and a multipurpose hall. Drilon also contacted organizations to help provide jobs.

To clear the river of neglected vessels and congestion, the Iloilo-Bacolod Ferry Terminal of the Philippine Ports Authority moved to the Muelle Loney Wharf in Iloilo City. The new port can receive 400 passengers.

Moreover, the Iloilo Fish Port Complex was renovated to decongest the merchant fishing vessels along the river. The redeveloped facility has since transformed Iloilo into an important fish trading hub.

The showpiece of Iloilo River’s revival is the new Esplanade, designed by architect Paulo Alcazaren. Spanning 2.9 km in Mandurriao, the Iloilo River Esplanade is also made to shelter the mangroves. Its charm lies in its well-manicured garden, walkway, viewing decks and quaint restaurants.

The clean-up has revitalized the marine life. “Before the clean-up, you had to cover your nose to cross the river. Now people grab for a spot where they can fish,” he said. Some spots of the river seem like a scene from National Geographic. “White birds in the mangroves would dive to catch the fish,” he noted.

The results have paid off. Iloilo scored international citations including the International Livable Communities Gold Award in 2010 for its river redevelopment.

Still, the city is not resting on its laurels. To cope with rising population, Iloilo’s redevelopment includes the 14-km circumferential road named President Corazon Aquino Avenue that leads to the airport, and the Sen. Benigno Aquino Avenue, which is the entry point and main artery of the city. At 10 lanes in its first six kilometers, it is the widest road in the country.

Meanwhile, the Jalaur River Multi-Purpose Project aims to provide more jobs by irrigating 32,000 hectares of farmland that will sustain 783,000 farmers. The construction of the 800-hectare reservoir on a mountain top will bring more work for builders and eventually become a tourist destination.

No wonder the DOT coined the tagline, “Iloilo, where the past is always present.”