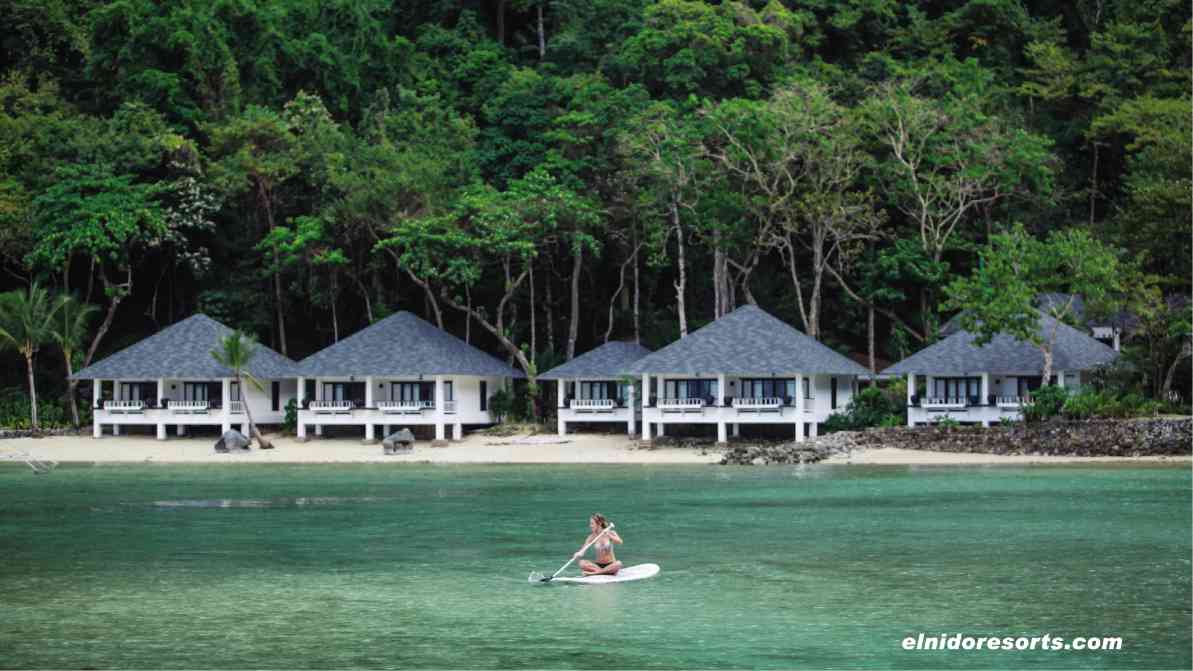 With the reopening of Lagen Island last December, the four properties that comprise the luxurious El Nido Resorts are once again fully operational.

In the next few years, LiO—an Ayala Land development being constructed in phases in El Nido, Palawan—will complement the resort’s Miniloc, Apulit, Pangulasian and Lagen islands.

Once completed, LiO will consist of residences, commercial establishments and several bed and breakfasts (B&Bs).

Business has certainly picked up in this sleepy seaside town. There are now four daily flights in 50-seater planes that take off from the Island Transvoyager hangar in Manila. In the past, there were only two flights in tiny planes with a handful of passengers at a time.

That Palawan has been awarded by Condé Nast Traveler as Best Island in the World for two years now has no doubt drawn more attention to this “piece of paradise.”

We would often hear this phrase during a recent visit to Lagen Island. It’s easy to understand, seeing how the staff takes great pride in their place of work.

Resort manager Jennifer Zafra narrated how she and her staff hand-carried the Machuca tiles imported from Spain to the different villas to avoid breakage. The tiles were then carefully assembled in the verandas of each villa.

Architect Conrad Onglao came up with the tropical colonial look that is more modern and easier on the eye. Earth tones abound, paired with slashes of graphic black and white.

Woven details like the solihiya headboard and lamp bases in the guest rooms, as well as the framed botanical prints by Father Blanco on the wall, complete the look.

“We knew that if there were too many breakages, additional tiles would have to be ordered and we don’t know when those would arrive from Spain,” Zafra said.

This admirable passion for work and determination to avoid wastage continues even in the company-managed small-sized farm in El Nido town that provides 55 percent of the resorts’ vegetable needs. Nine screened-off vegetable plots are devoted to growing pechay, arugula, lettuce and eggplant.

Nearby is a piggery. Vegetable cuttings, kitchen scraps and the pigs’ manure are composted and used to fertilize the plots.

“We started growing vegetables back in 2006,” said the resort’s marine biologist Marigs Laririt. “We supplied only 15 percent of the resorts’ needs at the time but we’ve been increasing that amount every year. We are also able to provide work for residents; 80 percent of our staff is from Palawan.”

“It’s important to come up with more activities for guests like line fishing, a process still used by local fishermen involving squid as bait, a length of nylon thread and a lot of patience,” Laririt noted.

El Nido also offers locally sourced dishes like seafood and bahay kubo vegetables. “Unlike the chefs of the past whose concept of five-star fare is steak and sea bass, younger chefs are more willing to experiment,”  she said. “They’re up for the challenge of taking these local ingredients and presenting them in a number of delicious ways.”

These and many other initiatives have made El Nido Resorts a favorite of a growing number of Filipino travelers. “We have entire clans, from grandparents to grandchildren, who book several villas,” Cerqueda said. “They make their first big family trip to Palawan instead of Singapore or Hong Kong; there are lolas who tell us they tried snorkeling for the first time at the resort or when they go island-hopping.”