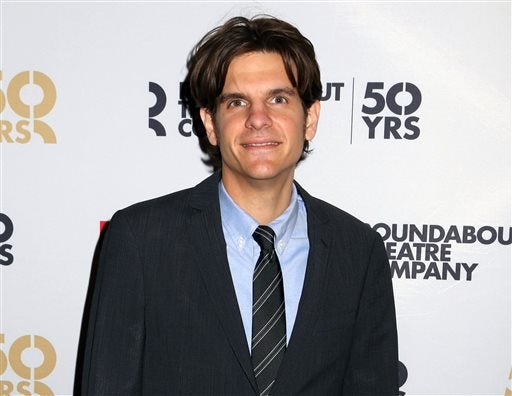 In this Oct. 29, 2015 file photo, Alex Timbers attends the Broadway opening night for "Therese Raquin" in New York. Disney Theatrical Productions announced Tuesday, Feb. 9, 2016, on Twitter that Timbers will helm the musical, "Frozen," which is expected to land on Broadway in 2018 alongside its hits Aladdin and The Lion King. (Photo by Greg Allen/Invision/AP, File)

Stage version of ‘Frozen’ to kick off in Denver in 2017

NEW YORK— Disney has announced that Denver will be the place where it tests its upcoming “Frozen” musical.

Disney Theatrical Productions said it will mount the show at the Buell Theatre in the Denver Center for the Performing Arts in August 2017.

It is expected to land on Broadway in 2018 alongside its hits “Aladdin” and “The Lion King.”

The show will be directed by Alex Timbers, a two-time Tony Award nominee who directed “Peter and the Starcatcher,” ”Bloody Bloody Andrew Jackson,” ”The Pee-Wee Herman Show” and “Rocky” on Broadway.

It had been previously revealed that the husband-and-wife songwriting team of Robert Lopez and Kristen Anderson-Lopez are returning to work on the show and Jennifer Lee, co-director and screenwriter of the film, is writing the story. TVJ