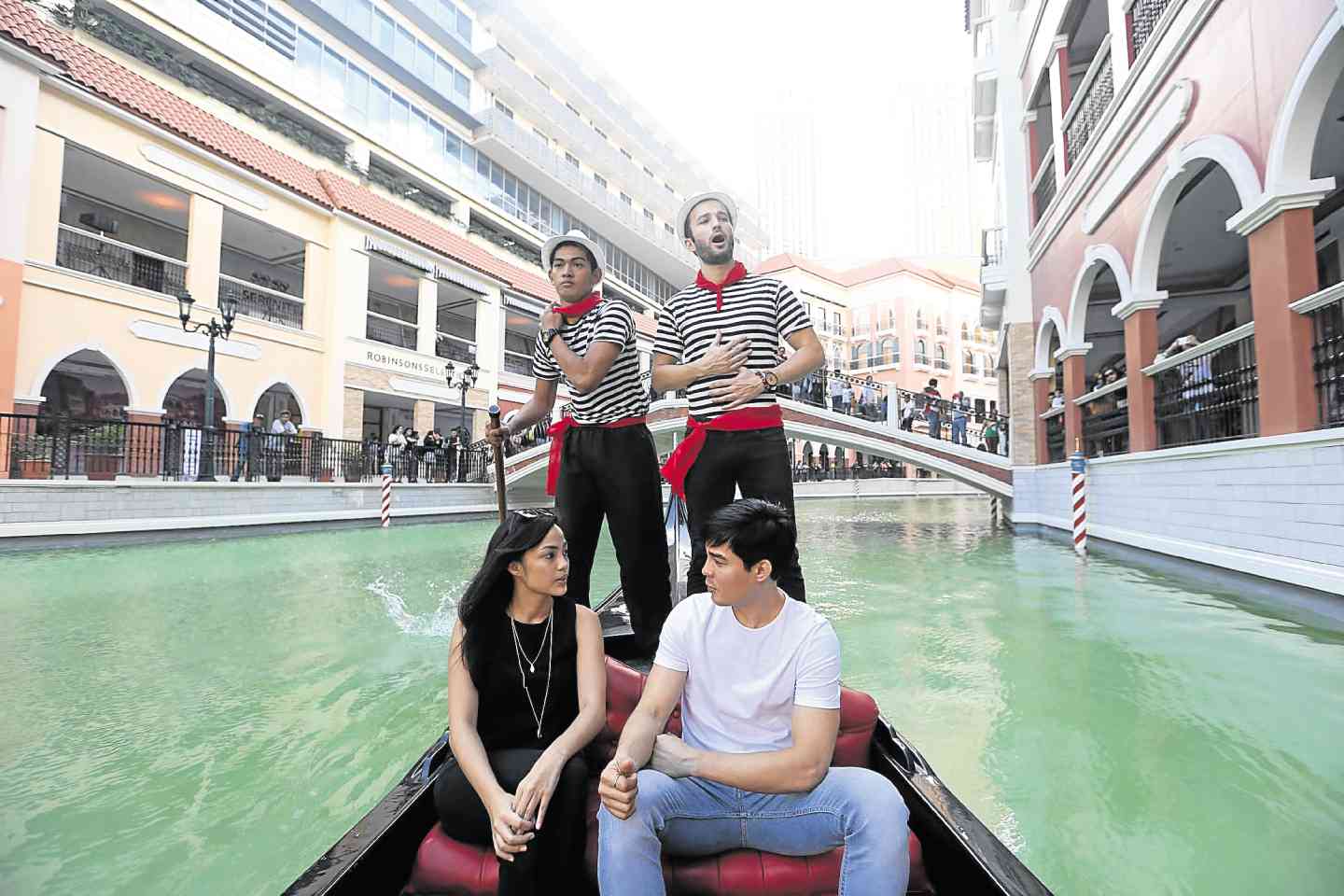 VIRTUAL VENICE Consider the Venice Grand Canal Mall in McKinley Hill, Taguig City, the most romantic mall on Valentine’s Day, as it is easy for lovers to imagine themselves in Venice, Italy, as gondoliers serenade them with love songs. LYN RILLON

7 out of 10 Pinoys believe in ‘forever,’ says SWS survey

Here’s one more proof that Filipinos are hopeful romantics:

Seven out of 10 adult Filipinos, or 73 percent, believe in “forever,” the current catchall term for “happily ever after,” according to the latest survey by the Social Weather Stations (SWS).

The fourth quarter survey, conducted from Dec. 5 to 8, 2015, among 1,200 adults nationwide, also showed that 67 percent believe in “long distance relationships.”

The belief in “forever” is stronger, at 79 percent, among those who are married, compared to 63 percent among the singles, and 67 percent among live-in partners.

Surprisingly, more Filipino men (52 percent) than women (47 percent) believe in “forever,” according to the SWS survey.

Among women respondents, 55 percent of those aged 45-54 share the belief, with 44 to 46 percent of the other age groups saying they strongly believe in the same concept about love.

“Yes, I would like to believe that there’s such a thing as forever,” declared Abi Bañares, 29, whose romantic notion echoes that seen over popular telenovelas on local TV.

“I know that one day someone who threw that belief into the universe would catch that same (hopeful) energy and eventually meet that person in the most unexpected way,” the accountant from Taguig City added.

The survey also asked the respondents if they believe in, or had ever experienced, a long distance relationship.

Forty three percent of respondents said they already had a long distance relationship or seen it work, among them Charisse, 20, a college student from Quezon City.

“My parents were in a long distance relationship for two decades and in a way, I have experienced through them what it was like,” said this daughter of an overseas Filipino worker in Brunei.

“I saw how hard it was to pull off, so I am always amazed by people who can handle it,” she added.

“The main struggle really is in trying to constantly be in each other’s lives even when you’re miles apart. Communication is very important,” Charisse said.

She added: “I also feel like it’s easier to pull off if you have big factors to consider, like providing for a family. That way, you’re not just thinking about yourself, but of others as well.”

Among married respondents, the belief in a long distance relationship is highest at 71 percent, compared to live-in couples (61 percent) and singles
(63 percent).

The noncommissioned survey used face-to-face interviews, and had a margin of error of plus-or-minus 3 percentage points.  Inquirer Research/TVJ