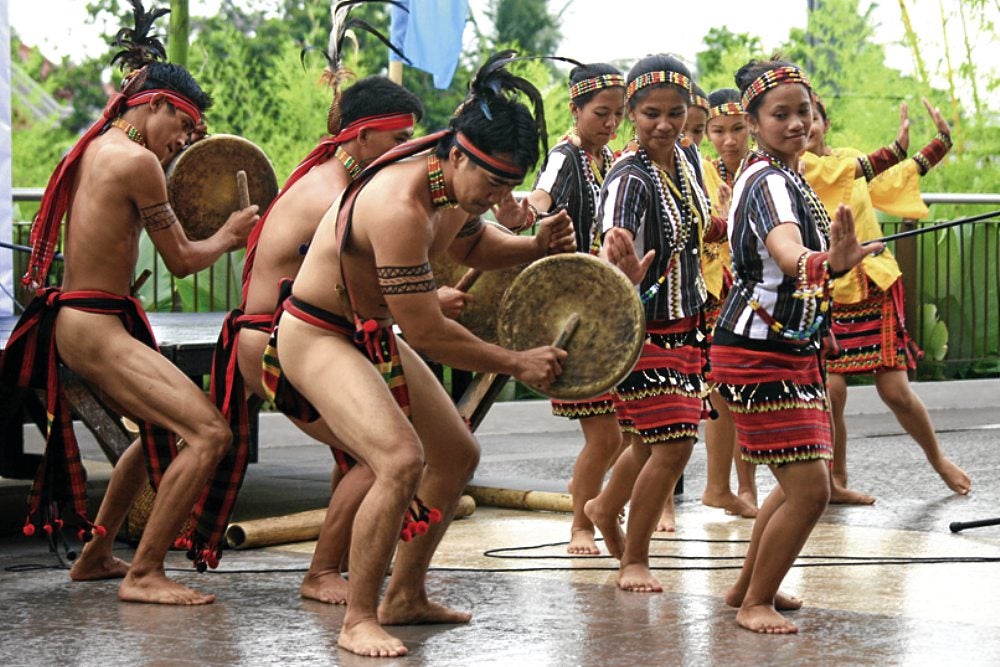 Touted as one of the emerging cultural hubs in the Philippines, Tagum City served as a melting pot for the largest cross-cultural interaction in the country, as some 500 representatives from indigenous communities across the Philippines gathered there during the Dayaw festival Oct. 7-9.

With the theme “Interweaving Our Commonalities Towards Peace,” the annual meeting of indigenous groups from different parts of the country—sponsored by the National Commission for Culture and the Arts’ Subcommission on Cultural Communities and Traditional Arts, together with Mindanawon Foundation—aims to strengthen the appreciation and knowledge of Filipino people on the vast culture and traditions the country was once known for.

Energy Park played host to the three-day festivities, which showcased a gamut of arts and culture from artifacts to arts and crafts, from cuisine to traditional games, from rituals to dance performances.

The festival kicked off with the opening ceremony led by Tagum City Mayor Rey Uy. It was followed by the opening of the Dayaw exhibit that featured vernacular houses and handicrafts made by indigenous people.

A cultural exchange and dialogue was held on the second day. Various  tribes spoke of their sentiments regarding their culture being eclipsed by modernization and the decay of their homelands by illegal logging. They said the common goal of indigenous groups is “preservation.”

T’boli representatives from South Cotabato expressed their protest over the commercial development of their lands, while the Tausug of Sulu said they would ensure their marine treasures would not be exploited.

On the last day, the indigenous people shared their favorite pastimes and traditional games, some of which resemble modern children’s games.

The Mansaka tribe have what they call buno, similar to body wrestling where one tries to pin down the opponent to the ground.

For a successful harvest, the Bontoc tribe play babagtu where opposing teams throw stones at one other. They believe that whenever someone is hit by a stone and bleeds, it is considered good luck for their harvest.

Much like the jackstone, Waray’s version uses small rocks instead of a rubber ball and plastic spike-like toys.

As a way to express grief over a death, the Isneg tribe resorts to a practice they call besnag, where men hit each other’s thigh with a forceful smack with the hand. They say this is done to replace their feeling of grief with a feeling of pain.

During the dance performances, the ethnic groups showed the true meaning of the maxim “The show must go on,” when they didn’t let the strong rain and gust of wind keep them from a spectacular and colorful showmanship.

To cap the festival, a grand dinner was hosted at University of Southern Mindanao, where an array of Moslem food and delicacies was laid on a carpet where one was obliged to sit on the ground and share the food with other guests.

The host announced the arrival of the princesses of Mindanao who joined us over dinner. Performers from Muslim groups, including the K’gan tribe, played different sets of membranophones, which kept the audience tapping their shoes and nodding their heads to the beat. Dancers  rushed from backstage to enliven the audience with more  animated and stunt-filled show.

Dayaw festival paved the way for people to get a glimpse of the way of life of some indigenous groups often marginalized and shrugged off  by the fast-paced society that has become the Philippines.