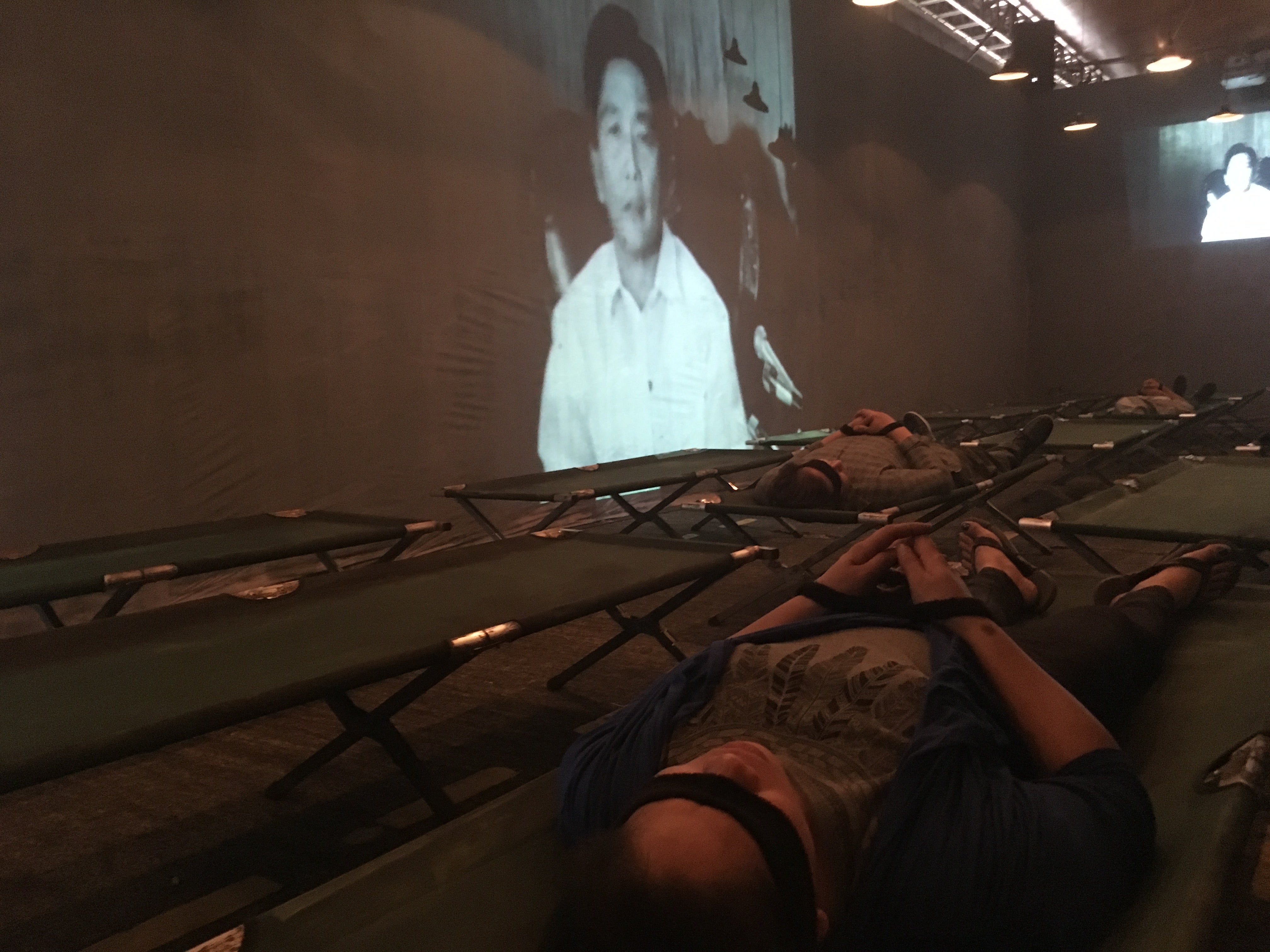 There was “discipline” during martial law, they say. The Philippine economy was at its peak during the dictator’s regime, they say.

Three decades after the historic Edsa People Power Revolution, these are just some of the myths and misconceptions that the Edsa People Power Commission (EPPC) hopes to debunk, especially among the new generation of Filipinos, through an experiential museum set up at Camp Aguinaldo in Quezon City.

The interactive museum, which is composed of nine halls, recreates the martial law victims’ struggle for democracy, including the events that led to the bloodless revolution in 1986.

Through the concept of a guided museum tour, visitors will be able to relive the collective experiences and oppression committed against martial-law victims, which organizers warned may be “disturbing, haunting, and uncomfortable.”

The halls represent various phases of martial law and periods in history, which are retold through the elements of theater, cinema, photography, installation and other allied arts.

EPPC Commissioner Millie Kilayko said they are eyeing to attract and engage the youth or the so-called millennial generation who were not able to witness and experience the struggle for democracy and the crimes of atrocities committed against Filipinos.

“It’s always been said that a country needs to understand its history, its children have to learn the mistakes, the pains, the sorrows, and the joys of the past. This is exactly what we are doing. We want every Filipino, especially the young, what we as a people have gone through because only that way can we grow as a nation,” Kilayco told reporters in an interview.

“They will see in a nutshell what we have gone through as a people in those very painful years in our history as Filipinos. They will be able to see through the actors and through photographs which are all true, real parts of history what happened. They can experience the pain of the people of the past,” she said.

READ: I saw martial law up close and personal

In the last phase of the tour, a hologram of President Benigno Aquino III called on Filipinos to continuously commemorate.

Aquino also took a swipe at the dictator’s son and namesake who is running for Vice President, implying that an abuse of power is possible if a Marcos will be elected in the upcoming national polls.

The museum will be open to the public for free on Thursday and Friday, Feb. 25 and 26, from 8 a.m. to 12 midnight. The tour can accommodate up to 40 people per batch for 30 to 40 minutes. Children below 15 years old are barred from entering.

Kilayko said the EPPC is coordinating with a local government unit to transfer the museum to another area so more people can pay a visit.TVJ

Leni to Bongbong: Moving on from martial law ‘nightmare’ not easy