This March–Filipino ‘Lord of the Flies’ at UPLB, former Rep actresses in ‘crying ladies’ play in LA | Lifestyle.INQ ❮ ❯ 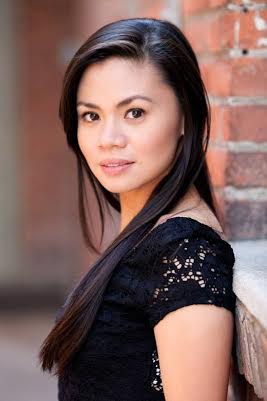 Nicole Barredo worked with Rep from 2002 to 2009. PHOTO FROM NICOLEBARREDO.COM

This March–Filipino ‘Lord of the Flies’ at UPLB, former Rep actresses in ‘crying ladies’ play in LA

“Coro de los Diablos,” Layeta Bucoy’s translation and adaptation of William Golding’s novel “Lord of the Flies,” will be staged at University of the Philippines Los Baños (UPLB) on March 8, 9 and 10.

The novel is about a group of British boys stuck on an uninhabited island and their descent into savagery.

Directed by Joey Ting, this stage adaptation “will have male and female students on their way to the World Youth Convention during World War III,” says Ting. “They get stranded on an island and that’s when we explore the tragic drama of human survival.”

This production is hosted by the UPLB Philosophical Society for its first anniversary. The play itself premiered last year under Dulaang Laboratoryo, Dulaang Unibersidad ng Pilipinas’ series of thesis productions by students taking certificate or degree programs in Theater Arts under the university’s Department of Speech Communication and Theater Arts.

Meanwhile, in Los Angeles, two former Repertory Philippines (Rep) actresses, Nicole Barredo and Giselle Töngi, are appearing in a play about Filipinas who work as “crying ladies” at funerals.

Staged by East West Players, “Criers for Hire” is about three professional funeral criers who welcome Aurora’s 14-year-old daughter Ligaya from the Philippines into their somber trade.

However, they soon realize that she has the opposite effect on people, making them laugh instead of cry. The play will tackle cultural identity, generational conflict and finding home in a new country.

Barredo plays Ligaya. “It’s my first time to play a Filipina character on stage here in the United States and it’s very exciting because it means we are slowly being visible and represented in the American entertainment
industry,” she says. “It’s an honor to finally get to bring our culture on stage.”

Before she moved to California in 2009, Barredo had been working with Repertory Philippines since 2002.

“I’ve always enjoyed acting and loved singing and dancing in school. I chanced upon a Rep audition and got to perform professionally,” she says. “Rep made me realize that performing really is what I want to do.”

Her credits include “Fame” and “The Sound of Music” and Repertory Children’s Theater productions such as “Pinocchio,” “Disney’s Mulan Jr.” and “Disney’s Aladdin Jr.,” to name a few. She also taught musical theater at Rep’s summer workshops.

Her acting credits in the United States include Ti Moune in “Once on This Island,” Fiona in “Shrek” and Kim in different productions of “Miss Saigon,” one of which won her Stagecene LA’s Best Performance by a Lead Actress in a Musical 2011-2012, and Inland Theatre League’s Excellence in Theatre Award 2012.

She’s cast as Meding, one of Aurora’s friends. “It feels great because acting has always been my first love, no matter what; I will return to it time and time again!” she says.

“I auditioned for this play because it’s so relevant to our Filipino community living here in America. I had to be a part of this show in any capacity and am honored to have been cast.

“It truly feels surreal to play a character that embodies my culture and sensibilities. I’ve lived in America for over 16 years now, and there are hardly any roles for our kind. The lines I say on stage are not foreign to my tongue or my ears.”

Filipino lines in the play will have English supertitles.

Other cast members include  Samantha Cutaran and Joan Almedilla as Aurora. Almedilla hails from Cebu and has performed as Kim in “Miss Saigon” on Broadway and as Fantine in a US tour of “Les Misérables.”