The Ilusorios, before the fall | Inquirer Lifestyle ❮ ❯ 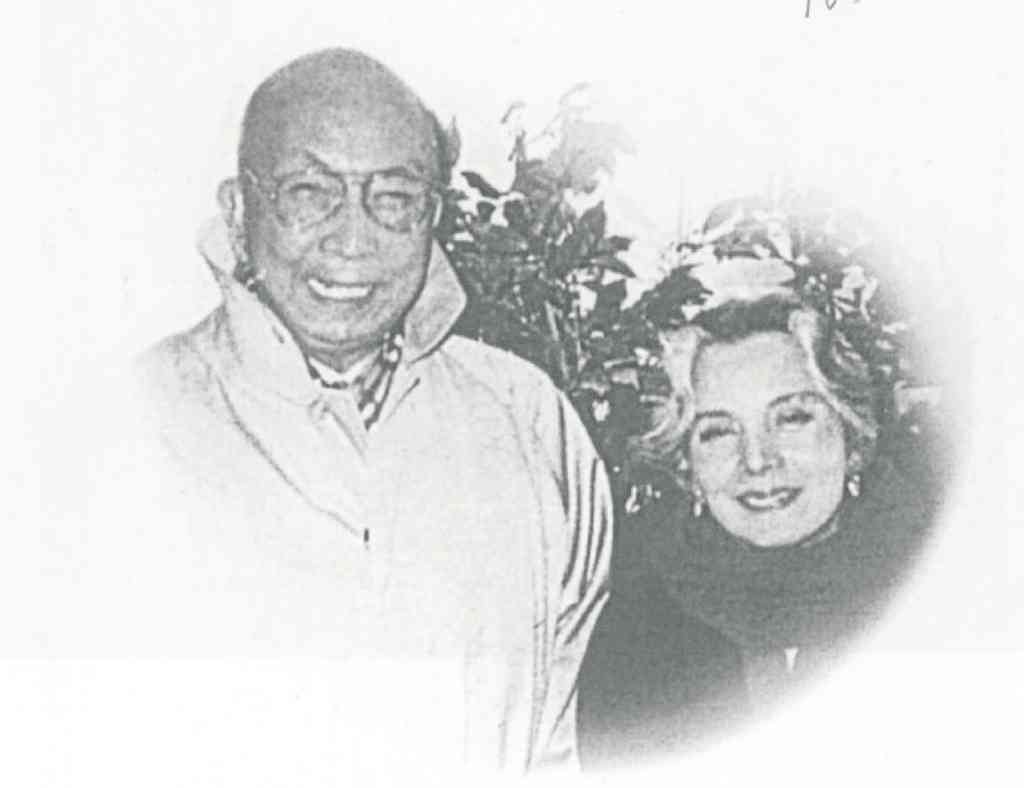 The Ilusorios, before the fall

BEFORE his name became synonymous with the ongoing family rift over his estate, Potenciano Ilusorio was a successful lawyer and businessman.

Born in 1915 in San Ildefonso, Bulacan, Ilusorio took up law at the University of the Philippines (UP) where, as head of the UP Student Council, he was instrumental in commissioning sculptor Guillermo Tolentino to create the iconic Oblation, which has endured as a symbol of academic freedom and, indeed, of the university itself.

He also helped build the Baguio Country Club, after reportedly being enraged at a sign that said “natives and dogs not allowed” in the once American-owned club.  He helped Filipinize the club.

For these efforts he was named the club’s “chairman for life,” and some of his ashes were scattered in the club premises after his death.

Ilusorio became notorious, however, for his part in the so-called “XYZ scandal,” in which Marcos manipulated the stock prices of Benguet Mining on behalf of certain foreign buyers, in exchange for shares in casinos and in the company itself.

Three Marcos front men, X, Y and Z, made killings on the buyout, and were later revealed to be Roberto Benedicto, Honorio Poblador and Potenciano Ilusorio.

Ilusorio was also the man who introduced American starlet Dovie Beams to Marcos, as the nominal producer of “Maharlika,” a film that purported to be based on Marcos’ “war exploits.”

Beams reportedly had a torrid affair with Marcos, and later allegedly tried to blackmail him with tapes of their lovemaking sessions, in the middle of which the then president would reportedly break into the Ilocano song, “Pamulinawen.”

The resulting scandal placed Ilusorio on Imelda Marcos’ shit list, and marked the end of his days as a crony.

Erlinda Kalaw-Ilusorio was the daughter of Maximo Kalaw, Manuel Quezon’s personal secretary and later a representative in the Philippine Assembly.

Born in 1920, she studied at the Philippine Women’s University and was the Inter-Collegiate Girl of 1938-39, an honor given to the coed with the most beauty, brains and character by the College Editors Guild.

Although she never formally studied architecture or interior design, she built over 50 buildings, including the Ilusorio family mansion in Parañaque, Lynville-by-the-Sea, and her own mansion in Antipolo, which she named Dulong Langit.

She was by most accounts an elegant and accomplished beauty, and had her portrait painted by Fernando Amorsolo when she was at her peak.

She was also an early practitioner of yoga, to which she credited her health and good looks.

Things started to go wrong for the couple when Ilusorio developed the symptoms of Alzheimer’s in the late 1990s.

In 1999, daughter Lin accused son Ramon of attempting to influence Potenciano to give him the sole control of all the family assets.

Subsequently, daughter Sylvia and son Maximo took custody of their father, prompting Erlinda to file a writ of habeas corpus.

(The case is now a legal precedent often cited in habeas corpus cases).

Potenciano Ilusorio died in 2001, but the battle over his legacy continues.