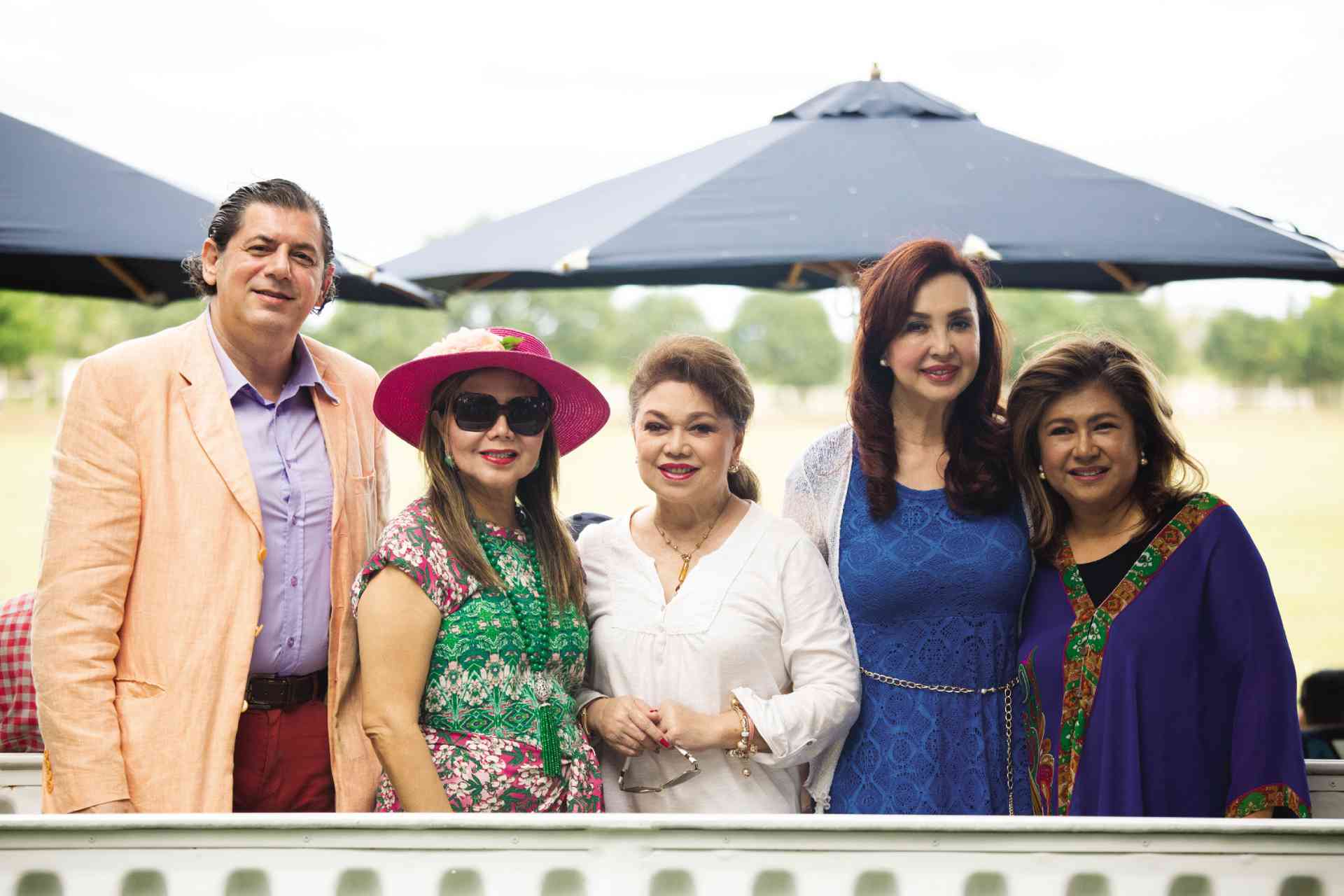 Veteran and newbie players meet on a new polo field

WATCHING a polo game at the Big Ben Farm in Pulilan, Bulacan, was like spending a day in the country.

Owned by lawyer and polo patron Pacifico “Jun” Eusebio Jr., the place is home to his animal menagerie, orchards and three polo fields. Mango trees lined the Dr. Paquito Eusebio Field, the venue for the games.

The scene was almost bucolic, with the sun peeping from behind the billowy clouds. Still, a telco tower and another tower from a neighboring farm were reminders of modernity.

Refreshments were served under the canopy of trees. The local food—ihaw-ihaw, puto bumbong and bibingka in clay pots, kakanin in a woven tray, pancit, fried fish—complemented the German pretzels and sausages. Wine, beer and soft drinks were kept in styrofoam coolers.

Eusebio has been democratic about polo by organizing games open to new enthusiasts. They play in a less intimidating atmosphere, with team members with the same level of skill.

“Jun is trying to create an atmosphere so that players can become better. He’s making matches for them,” explained Jack Clark, former polo-player-turned-annotator.

One such enthusiast is German Ambassador Thomas Ossowski, who learned polo only upon his posting in Manila last 2014. His riding experience and immersion in the polo mecca of Argentina enabled him to pick up the game very quickly. He has since organized the German Ambassador Cup, which has been attended by high-level executives from the German community, the diplomatic corps and the social set.

The Second German Ambassador’s Cup was an interesting game, as it involved 30 players. It’s a mix of the veteran polo players who do the circuit, and the newbies such as students, diplomats, entrepreneurs and Visa country manager Stuart Tomlinson’s wife.

These were new players getting the feel of the game. The first match finished with a sudden death play-off won by Anton Quisumbing, said Clark.

Eusebio’s son, Jam, has been training beginners. Bilango, a native Bulakeña, is touted as one of the upcoming players.

The second match was squared off between seasoned players. The Orange Team of Butch Albert, Mario Sander, Gerry Asahan, Miguel Dure and Nicole Eusebio won over the Black Team of Indes Balonzo Trainer, Mike Trainer, Anton Quisumbing, Diether Ocampo and Freddie Borromeo in the scores of 9-4.

“It was a very good game; the players were evenly matched in skills,” said Clark. “It could have gone either way. Jun Eusebio didn’t miss many shots. He was taking a player out, moving an opponent away from the ball. That’s good field sense and strategy. Eusebio and Jun Juban have been playing together for a while, so they know how each other thinks. They’re compatible. As unselfish players, they help each other.”

On Ossowski’s sportsmanship, Clark said: “He loves the game and he’s relaxed. When he plays, he doesn’t consider himself as an ambassador but just another polo player. The game is an equalizer.”

Then there’s the participation of Tonio Veloso, who trains the horses for businessman-polo patron Mikee Romero. “Everybody likes to play with Tonio because they all participate. He’s not the guy who dominates, but the one who shares with everybody,” said Clark.

For so long, polo games have been held in Makati, Alabang, Parañaque and Batangas. The polo season at the Big Ben Farm, aka North Polo Club in Bulacan, is a welcome development in the sport.

Eusebio has also been engaging his children in the sport. Newbies can pursue their passion without being intimidated by the sight of seasoned players. “Jun wants to share this sport with others,” said Clark. “Other kids come out to play with Jam [Eusebio]. That’s how polo grows in the Philippines.”