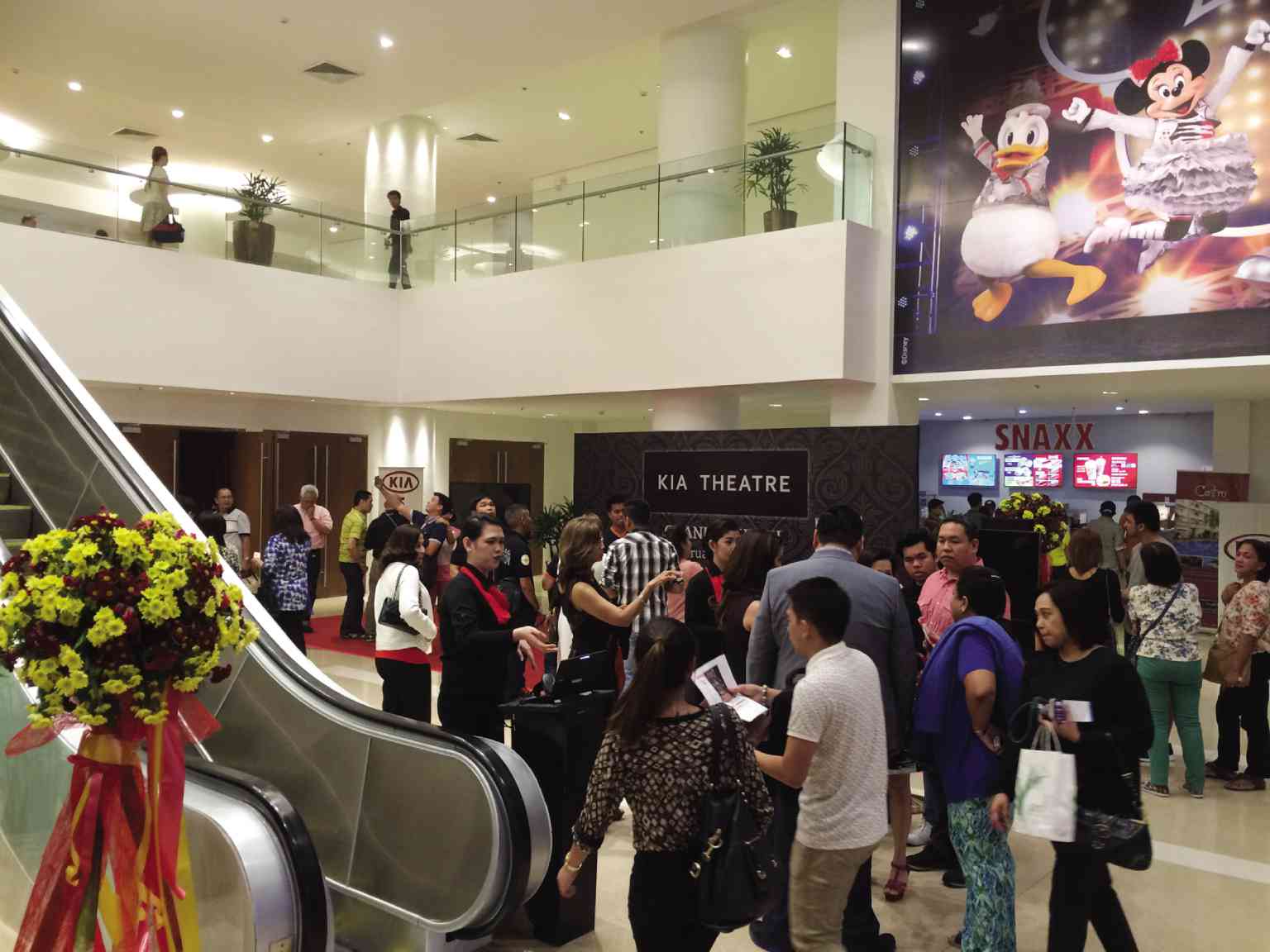 THE LOBBY of Kia Theatre during its formal opening; above, right: artist’s rendition of the hotel lobby of Novotel Manila Araneta Center

The Kia Theatre at Araneta Center in Cubao, Quezon City, is a new venue for live performances. Its seating capacity of 2,385 makes it an ideal venue for medium-size concerts.

Its formal opening coincided with a gig that featured South Border, Top Suzara and Kyla, plus a surprise jam by Gloc-9.

It drew a sizeable audience, many of whom are too young to remember that this was exactly where a moviehouse, the New Frontier Theater, used to stand. Good thing the owner, the Araneta Group, decided to refurbish it in partnership with Kia Philippines.

The following night, another gig was held—the annual reunion show of Circus Band and New Minstrels members, which reportedly had a good crowd, too.

The Kia Theatre’s ambiance is a bit similar to that of the Cultural Center of the Philippines (CCP)—the feel of an international-standard performance hall, minus the CCP’s special box sections.

Boobsie—a cast member on the GMA 7 show “Sunday Pinasaya” and whose comic act consists of dressing up as a young girl with a knack for dishing out hilariously naughty jokes—was a revelation at a recent comedy show at Smart Araneta Coliseum.

Her Kia Theatre gig should prove her mettle as a major comic talent who can likewise sing in tune.

Just across Kia Theatre and adjacent to Smart Araneta Coliseum is Novotel Manila, a newly opened international franchise hotel that fills a void—because there is no other decent hotel in the Araneta Center at present.

The place is said to be ideal for business travelers as well as families on a holiday visit.

Relatives living in the United States chose to stay in Novotel for a week and said they had a nice, comfortable time.

Novotel’s casual dining outlet, The Food Exchange, and its Gourmet Bar could complete your nightlife along with any of the scheduled concerts either at Kia Theatre or the Big Dome.