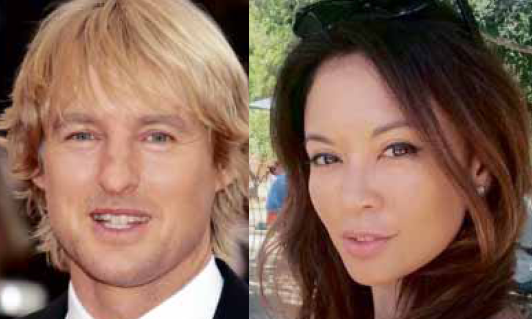 Is Owen Wilson dating a Filipina?

Is Owen Wilson the latest international celebrity to be smitten by a Filipina?

Hollywood actor Owen Wilson, star of such hits as “Zoolander” and “Night at the Museum,” arrived last Friday morning in Manila, sans entourage, where he was picked up at the airport by a hotel car and was quite polite in responding to reporters, saying “We’re just visiting.”

The buzz, however, is that he’s casually dating Wendy Puyat, accessories designer, who was  previously married to a Hong Kong-based scion.

Wilson and Puyat were introduced by a mutual Filipino friend.