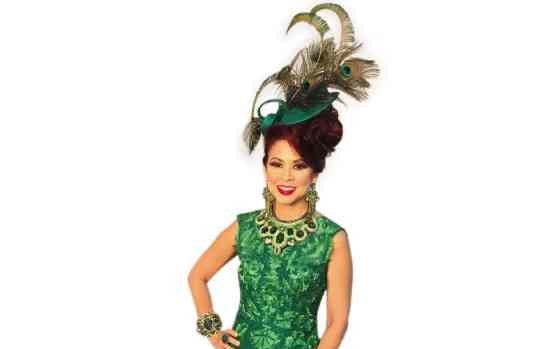 Multisensory Malasimbo was a blast

SUMMER is definitely here! The heat in the city has been rising and people have been in high gear trying to plan their vacations and beach getaways.

Aside from the heat, another indicator of the start of the season is the annual Malasimbo Music and Arts Festival in Puerto Galera, Mindoro. The sounds of summer are best heard there, and we were more than happy to chill, listen and welcome the season with dancing.

My sister-in-law and I jumped on a plane and flew off to join the festival via Air Juan. It’s so brilliant that we can now fly to Puerto Galera via this seaplane. Air Juan also flies to Boracay, Palawan and Cebu. You can check its website at www.airjuan.com. We took off from Manila Bay at the Cultural Center of the Philippines and, in just a short time, we were ready to get down and breezy in Malasimbo.

Now on its sixth year, the festival usually stretches out to an entire weekend. This time, the festival ran for two weekends and featured British musical genius Jacob Collier, internationally acclaimed local groups like SinoSikat?, the Manila Symphony Orchestra, and top jazz and funk musicians from Australia.

Among the noteworthy performances were by Jacob Collier, the 20-year-old protégé of multiple-Grammy-winning producer Quincy Jones. Collier, who arrived in the country to perform at Malasimbo on the first leg of his Asian tour, amazed the crowd with his vocals and mastery of musical instruments while live-looping his set, which included a funky version of Michael Jackson’s “Pretty Young Thing” and Stevie Wonder’s “Don’t You Worry ’Bout A Thing.” Yes, I most definitely recognized those songs and loved the renditions!

Beatboxer Tom Thum, a Malasimbo favorite, also took to the stage, not just with the amazing array of sounds he created with his vocal cords, but this time with Brisbane-based composer Gordon Hamilton conducting the 16-piece Manila Symphony Orchestra. It was a brilliant collaboration that showcased Tom Thum’s ability to merge the modern art of beatboxing seamlessly with the magnificent versatility of one of Asia’s most respected orchestras.

Filipino band Brat Pack brought jazz and blues front and center with Christine Mercado’s powerful vocals and the spirited performances of the rest of the members. It is the only Asian finalist in the International Blues competition in Memphis, Tennessee. The Malasimbo crowd showered Brat Pack with big love by gamely posing in the background for the band’s onstage selfie.

Triple Fret, the Filipino trio of Marga Abejo, Jenny de Vera and Iqui Vinculado, were a joy to watch, thrilling the audience with their skillful guitar playing, which had won them first place in the 27th Japan Guitar Ensemble Festival last year. Another Malasimbo favorite, Brigada, triggered a frenzy of Latin dancing with its pulsating beats and Afro-Brazilian rhythms.

The Reo Brothers of Tacloban brought the house down with a mix of Beatles and classic rock ’n’ roll.

The visual artists set up 21 installations to complement Malasimbo’s music and awe-inspiring landscape, making it a multisensory experience. While nature is the underlying inspiration of the works, several of them were guided by the vista of sea and sky, which is resplendent when you reach the top of the mountain.

Participating in a music and arts festival like Malasimbo required that I dress down. It could be a bit of a difficult situation if I attended in my full Sea Princess regalia. Appropriate footwear was a must, and thank goodness there’s Ipanema. The go-to footwear of the Malasimbo festival is 100-percent recycled PVC, and also has sandals and wedges aside from flip-flops, fully supporting the cause of the festival in caring for the environment.

Coinciding with the festival is Rider’s Kiteboarding Exhibition at Elizabeth’s Hideaway Sand Bar. Team Captain of Blue Kiteboarding Paula Rosales, along with a group of professional riders from across

the world, led the exhibition. Paula harnessed the power of Puerto Galera’s wind and waves to deliver an action-packed freestyle exhibition for the crowd.

If one cannot escape the city, there’s still an alternative to beating the summer heat. Gelateneo from Fabtech Kitchen Unlimited Inc. was recently launched via an enthralling Italian-inspired evening that transformed its modern industrial training hall into a Mediterranean enclave for gustatory delights.

For the launch, media guests were ferried to the venue by a fleet of Maserati cars and were ushered into a mini-museum outlining the history and art of gelato. It was the perfect setting for a totally chic cocktail reception, replete with a live string quartet, champagne fountain and gelato tasting bar.

Before the dinner, guests were given a special tour and demonstration of the art of gelato in the Gelateneo kitchen. Master gelato chef Giacomo Schiavon did the demo for the media and VIP guests; he initiated them into the world of Gelateneo and the exacting processes needed to craft world-class gelato.

The sensory journey was masterfully annotated by program host Stephanie Zubiri-Crespi with insights shared by Giacomo. Guests then indulged in the specially curated five-course menu by Manila’s celebrated chef and one of my favorites, Margarita Forés.

If the beach and gelato are still not your summer thing, there’s always shopping! Shopping is always best if there’s also a charitable cause behind it, and that’s exactly what The styleList Inc. (sLi) is doing on March 31-April 1.

The sLi Gives Back style sale will be happening at A Space (fifth floor, 110 Legaspi St., Makati), 10 a.m.-5 p.m. Outfits and ensembles from their celebrity clients will be on sale. Proceeds of the sale will be donated to Cribs Foundation.