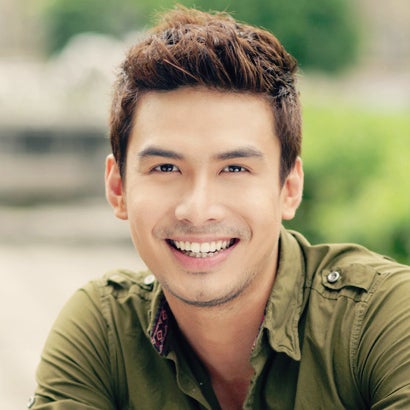 8 people you love from Trumpets Playshop

There’s that Pinoy notion/belief/thing/whateveryoucallit that the people they see on TV got “discovered” by talent agents as they were strolling inside a mall one lazy Sunday afternoon. This might be true for some, but there are those who actually got discovered somewhere as they were trying to discover something for themselves. There are also those who took what they have learned, shot for the moon and landed on the stars.

Trumpets Playshop is now on its 22nd year of holding summer workshops for people of all ages who want to power up their talents, and in these two decades its list of graduates who are making waves in their chosen careers just keeps on growing. Here are some of them you might know:

This landscape architecture grad from UP Diliman enrolled in Playshop’s Adults Class, got bit by the theater bug, became a Playshop teacher himself, joined the cast of Trumpets’ ” The Lion, The Witch and The Wardrobe” and later on found himself singing on national TV and signing autographs all around the world. And it all started that summer of 2002.

Sam grew up in Playshop, literally and figuratively. His teachers watched him grow taller and handsomer and more talented year after year after year ever since he was eight. And this is why his ates and kuyas from Playshop can’t help but feel older than they actually are.

This MYX VJ’s mom enrolled her in Playshop’s Children’s Theater class and from that point on, she voluntarily took every single class that Playshop had to offer. Every. Single. One. No wonder she can do anything. (And she’s also senior in UP Diliman, mind you.)

The Valenciano Brothers: Pao and Gab

They might be doing different things right now, but they both come from the same-home-away-from-home. Of course it’s only expected from Gab to be a really good dancer because it’s obviously in his genes, but his talents were fine-tuned by the streetdance classes of Playshop. Pao, now a bonafide director, was first handled by Playshop’s directors during his years in theater.

Who said Playshop is all about making artistas? This ABS-CBN broadcast journalist got her start in Playshop’s Public Speaking and Hosting class under the guidance of none other than Ms. Kata Inocencio.

Yep, that dude with the big hair in the chicken suit in the instant-noodle commercial also grew up in Playshop and just got back from the West End run of Here Lies Love. He’s also one of the Playshoppers’ favorite teachers.

She’s living proof of “start ‘em young, start ‘em right”. Who would’ve thought that “The Lion, The Witch and The Wardrobe’s” little Lucy Pevensie would eventually be one of West End’s Miss Saigon? Well, everyone!

This girl took Playshop’s musical theater class way back in 2003. Yep, you read that right: a musical theater class. She didn’t get to sing a solo song at her showcase (for obvious reasons), but her teachers decided to just let do what she’s really good at: throw some funny lines. And boy, look at her now!

So what are you waiting for? Join Trumpets Playshop now! Enrolment is now open.