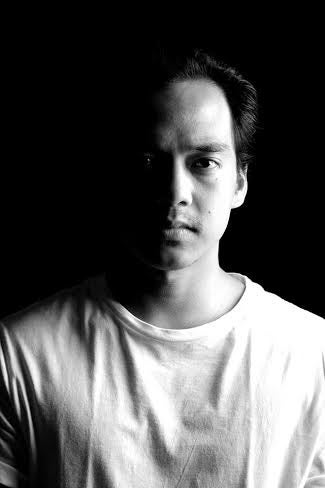 ‘Dark and terrible’ character lures Gabs Santos back to the stage

After a three-year hiatus, Gabs Santos returns to the stage in Egg Theater Company’s (ETC) staging of Martin McDonagh’s “The Pillowman,” in a Filipino translation by George de Jesus.

Santos will play Katurian, a writer living in a police state who is questioned about his macabre stories that resemble gruesome child murders that have been committed recently.

De Jesus says, “With the coming elections and the incessant specter of dictatorships and martial law, this production reminds us that there is a fine line between the freedom of an individual to tell a story and its impact on the security of society.”

Santos hasn’t been seen on stage in a while as he’d focused on his work as a producer in the advertising industry.

“It’s a completely different set of responsibilities and, unfortunately, not the kind of thing where I can clock out at 6 p.m., head over to rehearsals and have my head fully in a scene,” he says.

However, the stage continues to call out to him. “Acting is not something that I can put on the shelf for too long. It’s a huge part of who I am and what I love.”

Santos says he feels great being in rehearsals again.

“I am with very intelligent and generous co-actors. Rehearsals for this play have been a process of discovery as a group.”

“My mom would take us to see their season productions. I recall watching their production of Neil Simon’s ‘The Good Doctor’ and wanting to jump on stage and join the cast.”

Later on in high school, another inspiration prompted him to finally join his first audition. “I was in third year. Two friends and I were hanging out after dismissal. We saw a couple of cute girls enter the auditorium. On the door was an announcement that auditions were being held for the theater org’s next show… We went for it and I got accepted.” 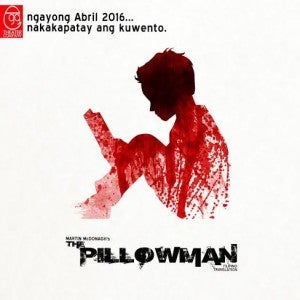 His being cast as Katurian, a mature character, in Filipino, marks a departure from the kinds of roles Santos used to be cast in.

Though he’s been in Filipino productions like Philippine Educational Theater Association’s (Peta) “Bona” and DUP’s “Orosman at Zafira,” he’s mostly identified with English productions. Also, with his large eyes and youthful demeanor, he’d been mostly cast in male ingenue or comic relief roles.

“I think I’ve been away from theater long enough that audiences have no idea what to expect from me,” he says with a laugh.

“But seriously, characters and stories like this are among the reasons I fell in love with acting in the first place. Katurian’s journey is dark and terrible and I can only hope to give it the telling it deserves.”

“The Pillowman” had a stage reading by Sandbox Theater Collective during the 2014 Imaginarium Theater Festival held at Peta Theater Center. The Filipino translation by De Jesus had a staged reading last year at Tanghalang Huseng Batute, Cultural Center of the Philippines for the Fringe Manila Festival.

Direction is by George de Jesus, with lighting design by Joseph Matheu, and music and animation by Joee Mejias.