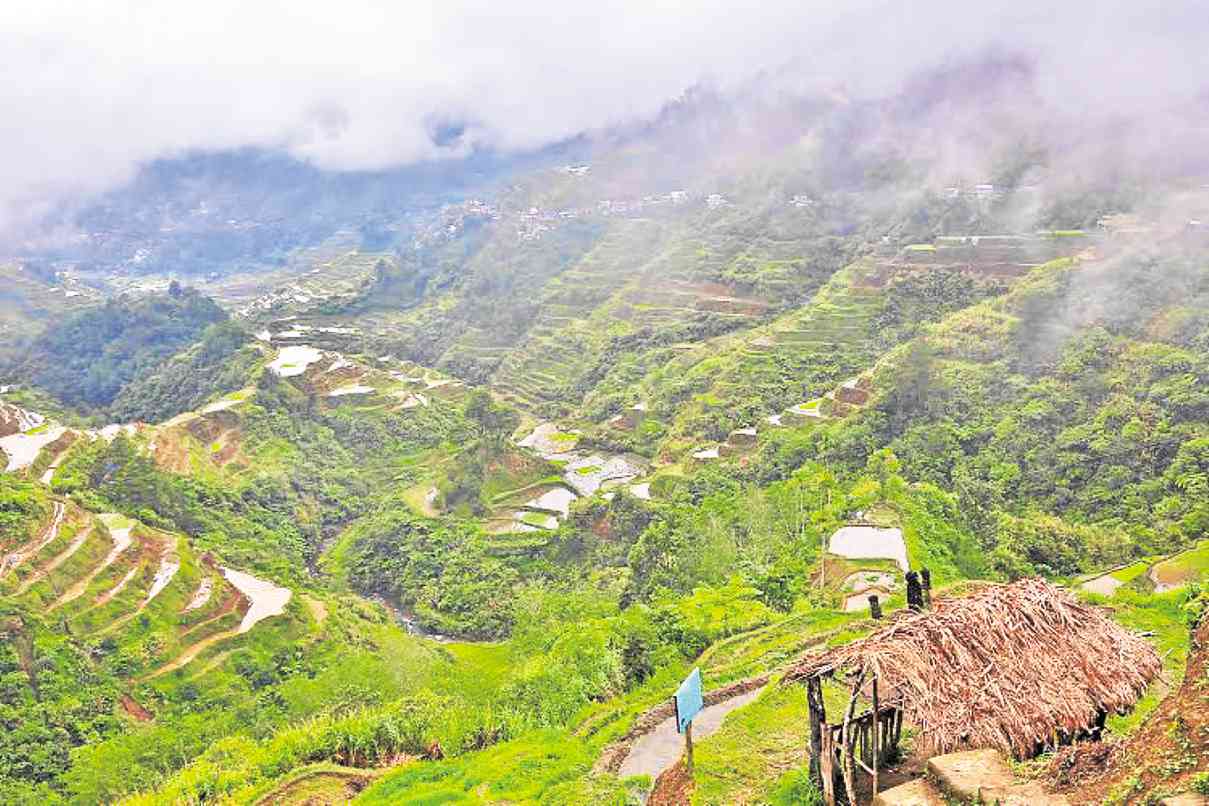 10 things you must do in Ifugao Province this summer

SUMMER is at its peak and the kids are done with school—which means it’s time to start thinking of where you can go for a much-needed family trip.

This being an archipelago of 7,000-plus islands, the first instinct is to go to the beach, which has unfortunately become very crowded.

Luckily, beaches are not the only destinations our beautiful country has to offer. Located 460 km north of Manila is the mountain province of Ifugao, home of the Rice Terraces of the Cordilleras, a Unesco World Heritage site.

There are two ways to get to Banaue from Manila, both requiring a late-night departure.  Buses from Sampaloc leave at 9-10 p.m., about P400-P500 one way. Ohayami buses are probably the most used by travelers. These are not sleeper buses, but you can recline the seats.

The trip can take nine to 10 hours, with at least two stops. You arrive in Ifugao just as the sun rises over the mountains. By 7 a.m. you get off at the bus terminal in Banaue.

There will be only two buses going back to Manila on any given day, so make sure to book your return trip before leaving the bus terminal.

If you are more adventurous, driving yourself should get you to Banaue a few hours earlier.

The second route is via Baguio, which will have a stopover in the city. People with more time opt to take this route either going or coming home.

Banaue Hotel is the only hotel in the area located on the road entering the town. Rooms go for about P1,800 and up, depending on the size and the

season, but it also has dorm facilities, which start at P800.

If you prefer more spartan accommodations, there are a lot of inns in town, which start at P600. Most rooms have their own private bathroom with hot water.

Moving around Ifugao and the terraces is a little tricky if you are not into walking. There is limited public transportation from town to town, and most visitors who don’t have their own vehicle normally hire one, either a jeepney or tricycle.

If you are just in Banaue, a tricycle should suffice, unless you’re with a big group. Rates start at P1,500 for a jeepney and P800 for a tricycle for a trip up to Viewpoint.

Prices go up the farther you get from Banaue, so traveling in groups is advisable. Also, get a local guide. Whether you are taking a vehicle or seeing the province on foot, it is best to have a local guide to make sure you’ll be safe and you don’t waste your time looking for the places you want to see.

Ifugao province has so much to offer if only people would take the time to research and find out. Whether you’re a nature lover, an avid trekker or a serious mountaineer, you will find something to your liking.

Here are 10 things you must do when you get there:

1) Visit one of the terraces recognized by Unesco.  There are actually five of them, all less than two hours away from the town proper of Banaue, which you can use as base camp.

The most iconic of the five is Batad, which has an amphitheater shape. The closest and easiest to get to for a day trip would be Bangaan or Hapao, which can be reached if you rent a local jeep. The farthest and probably the biggest is Mayoyao, while the most obscure is Nagacadan.

2) Visit Banaue’s viewpoint.  If you’re in Banaue with time to spare, which is most likely as the bus going back won’t leave until 7 p.m., then take a short drive up to Banaue town’s viewpoint to see the majestic terraces, which people often mistake as the World Heritage Site.

There are actually several viewpoints leading to the main one in Barangay Viewpoint, which give you different angles from which to marvel at one of humanity’s greatest achievements.

3) Walk on the terraces.  The terraces are made of stone in varying sizes, built by hand without the use of cement. Unesco called them an engineering feat and a site to see. Getting from one end of the terrace to the other requires the Ifugao to walk on the top of the walls.

While most of the terraces have walls as high as eight feet, Mayoyao and Hapao are not taller than a person and can be easily navigated, even by kids.

4) Visit Tam-An native village.  Ever wondered how the Ifugaos used to live long ago? The village of Tam-An, just below the Banaue Hotel, is a great way to get to know the culture.  A small fee is charged per visitor, but look at it as a way to help the Ifugaos maintain the village.

5)  Eat pinikpikan.  One of the most famous Ifugao dishes, it requires the cook to tap a chicken on the head with a stick until it dies. Apparently it is a way to let the blood spread throughout the body, making it more flavorful.

The chicken is cooked tinola style with fresh local vegetables. It’s the perfect dish on a cold day.

6) Have a glass or two of tapuy.  A bottle of this rice wine goes for about P60 to P80 in town, and is a nice way to end a day of exploring while recalling your experience. While pungent, it goes down easily, so drink in moderation.

7) Trek to the hills.  If you are an avid trekker, Ifugao will yield a vast number of destinations to explore on foot. It is best to get one of the local guides though at the tourist center in the town’s main plaza. The rice terraces have been there for hundreds of years, and there are a number of trails that go around the mountains.

8) Sleep in a native Ifugao house.  Ifugao houses are made of wood with roofs constructed using reed and cogon.  They are normally elevated on stilts, so you will have to climb a small ladder and enter a small doorway to enter.

The best place to find these accommodations would be the Native Village. But all of the five heritage sites have similar accommodations for visitors, and if you befriend some of the locals, they may just invite you to stay with them.  Just note that all the bathrooms are located outside.

9) Take a ride on a wooden bike.  If you are visiting the main viewpoint in Banaue, you can normally find the wooden bikes near one of the many stores selling local handicraft.

The Ifugao normally race these bikes from the top of the road all the way down to the town center.

10) Topload on a jeepney.  While there is limited public transportation around, it does not mean there is none. But since it is scarce, transport operators usually fill their vehicles beyond capacity, even putting people and their belongings on top of the jeepneys. It is an interesting way to travel, and gives you a different perspective of your surroundings.

Leave behind the hustle and bustle and appreciate what Ifugao province has to offer. Be open and take as much as you can from the people and their culture.

You may even learn a thing or two about yourself.

On a final note, heed the mountaineers’ motto:

“Kill nothing but time.

Take nothing but pictures.

Leave nothing but footprints.”