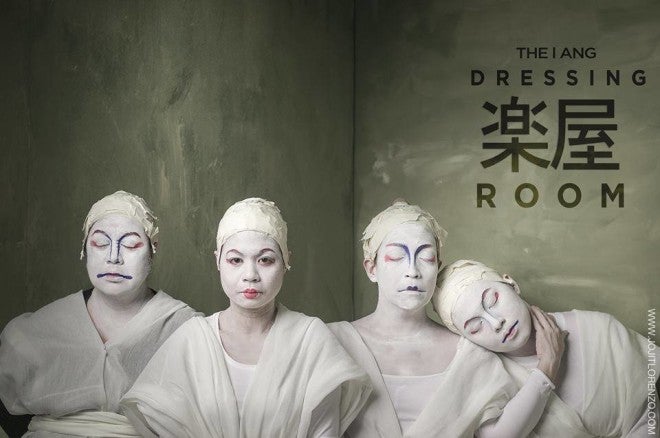 An all-female cast headlines the English version, and an all-male cast the Filipino version. Also featured in the production are up-and-coming theater actors Jon Abella, Maxine Ignacio, Marynor Madamesila and the Dulaang UP ensemble.

“The Dressing Room” is produced by special arrangement with the playwright Chiori Miyagawa.

George de Jesus III adapts into Filipino and directs “The Pillowman,” Martin McDonagh’s play about a writer being investigated for a series of crimes that appears to parallel the abuse of children mentioned in his published stories.

In the cast are Gabs Santos, Reynante Bustamante, Acey Aguilar and Paul Jake Paule alternating with Paolo O’Hara. Music and animation is provided by Joee Mejias.

Repertory Philippines’ ‘Stepping Out, The Musical,’ OnStage Greenbelt 1, until April 24

Repertory Philippines’ “Stepping Out, The Musical,” directed by Jaime del Mundo, is about a group of ordinary women (and one man) of varying ages and persuasions who enroll for tap-dance lessons at a local dance studio, and in the process learn more about themselves.

Cameron Mackintosh’s ‘Les Miserables,’ The Theatre at Solaire, until May 1

Cameron Mackintosh’s Asian touring production of the legendary Schonberg-Boublil “Les Miserables,” featuring a largely Australian cast, is on an extended run at The Theatre at Solaire Resort and Casino until May 1.

The musical, which opens in Singapore after its Manila run, features Rachelle Ann Go as Fantine, Simon Gleeson as Jean Valjean, Earl Carpenter as Javert, Kerrie Anne Greenland as Eponine and Chris Durling as Enjorlas.

“Les Miserables” is brought to Manila by Concertus Manila. Visit ticketworld.com.ph or call 891-9999.