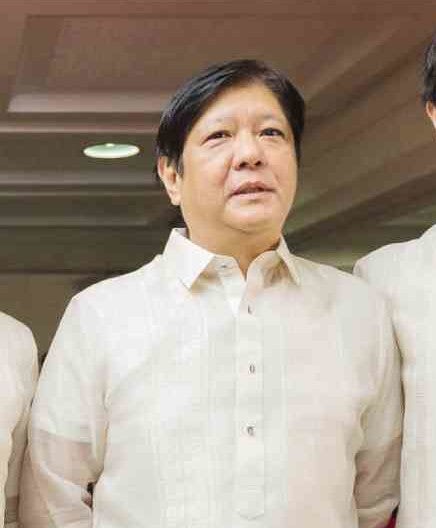 “Or they would go to events that the Vice President cannot,” said Salgado.

Binay’s third child, Makati Rep. Abigail Binay, is running for mayor of Makati and needs to focus on her own campaign, the spokesperson added.

The Vice President’s youngest daughters Marita Angeline, or Anne, also joins some of her father’s sorties, while fourth child Joanna Marie, or JM, does not.

Binay’s running mate Sen. Gregorio Honasan’s family may not be visible in his sorties, but people would not miss the voice of his youngest child Kai, 27, who recorded the political jingle played in his rallies.

“The lyrics were written by someone else and we just set it to music. It’s very him,” the daughter said of the ditty.

Kai described the song as “very soldier-like. Then we set it to music that’s very family-friendly. I used my trusty ukulele to bring it home. He loved it. He was very happy.”

In a solicited text message, Kai said she was not part of the deliberations before the senator filed his certificate of candidacy.

“As the bunso, I wasn’t involved in the decision-making. I found out only the day before. It was difficult to accept. It still is, but we know he has dreams for the country and who are we to stop him?” Kai said.

She added that the family was already expecting Honasan to retire after his second consecutive term, which ends in June 2019.

“So the concerns are about him being able to keep up with the campaign. He’s not as young as he was in the previous campaigns. For me, given the political atmosphere, it’s scary, so it’s really his safety that is the family’s concern,” Kai said.

There is a group of supporters of Sen. Bongbong Marcos that calls itself KBL—“Kay Bongbong Lamang.”

Group member Robert Castañeda said among their informal duties is to bring the senator’s mother, Ilocos Representative and former First Lady Imelda Marcos, to social gatherings where she can mingle with the people and talk about her son, who is running for vice president.

Castañeda said Mrs. Marcos can still draw the crowds who remain curious and interested in her and her family.

The new KBL members are allowed to choose their own presidential candidate, as long as they remain supportive of the senator’s vice-presidential bid.

“We have folk who will vote for (Davao Mayor Rodrigo) Duterte, others who want Sen. Grace Poe or Jojo Binay, basta your vice president is Bongbong Marcos,” Castañeda explained.

He added that the new KBL has witnessed the senator’s younger sister Irene Marcos-Araneta shake hands with visitors at a weekend market in Quezon City.

Last week, Inquirer Lifestyle chanced upon Araneta distributing ballers or rubber bracelets embossed with her brother’s name to security guards at the lobby of a building in Makati City.

The three Marcos women were also seen in Ilocos Norte sorties. Liza joined her husband on a visit to Iloilo City on the first week of April.

The senator’s three sons have also become more visible in his sorties.

Simon Marcos, 20, and Vincent, 18, began joining sorties on the first week of April but refused to give interviews.

Eldest son Xander, 22, who returned from the UK, joined more recent trips and once granted an interview to media on the day of the vice-presidential debate.