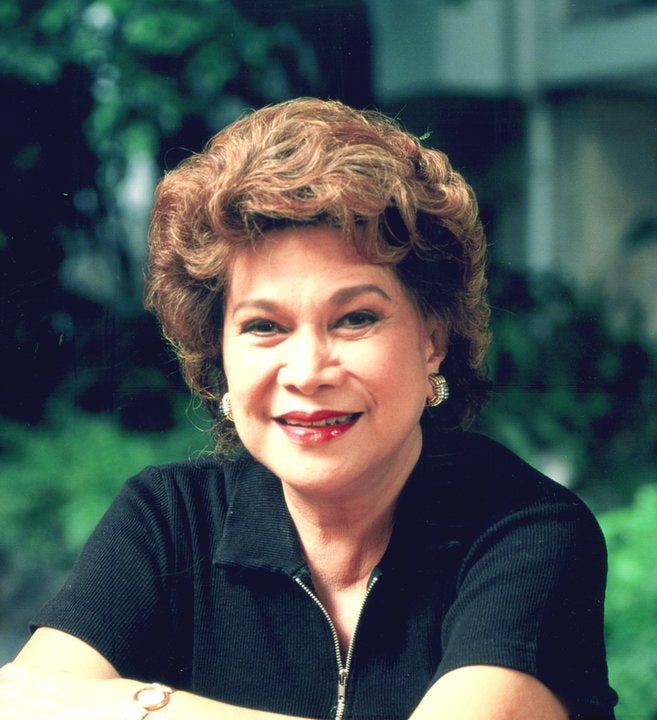 Celia Diaz-Laurel. FROM HER FB PAGE

A casual look at Celia Diaz-Laurel’s resume reveals a storied, active life punctuated by awards and recognition for her humanitarian work (The Community Chest Humanitarian Award, The United Nations Peace Award, among others); her role as mother of eight accomplished children (Ina ng Bayan Award) and her charitable works (with the National Council of Women of the Philippines).

But her greatest achievements, largely under-recognized, are her contributions to the arts, particularly in portraiture and more prominently in the theater.

‘A Gemini and a Dragon’

“The underpinnings of Celia’s professional life were her love of painting, acting and music,” according to a well-maintained web site dedicated to profiling her work and legacy.

“At the University of the Philippines, she was enrolled in the Fine Arts department, under the tutelage of Dean Fernando Amorsolo and professor Guillermo Tolentino, both National Artists. But her activities were not confined to the visual arts alone. On her first semester she was invited by Godofredo Burce Bunao to play the female lead Lilay in his play, ‘Newer Years.’ It was there that playwright Wilfrido Ma. Guerrero discovered her acting prowess. He immediately cast her in his play ‘Forever,’ giving her 24 hours to learn the character role of Consuelo.

“Outside the university, she worked with other theater groups such as the Manila Community Players of Doña Trining Legarda and Sonia Rifkin, the Dramatic Philippines of Narciso Pimentel, and Father James B. Reuter’s Ave Maria Players and, later, the Cathedral Players. She joined Repertory Philippines in 1968 when her husband was already a senator of the land and has since acted in numerous plays and productions of the Rep.

“The roles she played on her real-life stage as wife of a well-known political figure and mother to the Laurel brood were never set aside even as she returned to her role as an actress with Rep. She said, ‘I’m a Gemini and a Dragon—I can meet the challenges of both stages.’ Zeneida Amador, then prime mover of Repertory Philippines and resident director, said of Celia, ‘It’s a calling—love for the theater, it beckons, you answer and there are no two ways about it…’

“Celia… appeared in hundreds of plays and, as she became more involved with Repertory, she eventually turned her inherent talents into good use as costume designer and set designer of many of those plays. To hundreds of Repertory Philippines followers and theater lovers, Celia Diaz-Laurel’s name became a byword in the field of acting and set and costume designing. Later on, she became a movie, concert, stage play and TV show producer.”

Laurel graduated from UP with a Bachelor’s degree in Fine Arts. She then went on to complete a post-graduate drama course at Yale University. Joining Repertory Philippines in 1968, the year after it was established, she essayed a wide variety of roles that showcased her versatility and charisma: Adela in “The House of Bernarda Alba,” Gertrude in “Hamlet,”  Christine Manon in “Mourning Becomes Elektra,” Muriel in “Plaza Suite,” Lucy in “Dracula,” Mrs. Frank in “The Diary of Anne Frank,” The Countess in “The Sound of Music,” to name a few.

Then, putting her Fine Arts degree to good stead, she did production design on many a Repertory Philippines show, consistently earning raves for her impeccable sense of color and architectural composition.  Her set rendering of “Camelot,” at once arresting and clever, drew gasps of admiration from an audience on curtain up.

Her costumes for “Pippin” were playful and cleverly constructed. A closer look at the pieces and one saw ingenious combinations of disparate materials—curtain fabric, hardware chain mail, beads and sequins—to create illusions of richness and texture.

Her theatrical achievements were made all the more remarkable considering her parallel life as wife of a prominent politician and mother of eight children who each inherited her impeccable aesthetics (Cocoy and Iwi Laurel became musical stars in their own right).

Added to these, she also wrote poetry, authored and edited books and articles, and frequently whipped up sumptuous dinners for guests. Celebrations in the Laurel household were always large and lively occasions that culminated in performances by her children and members of the Rep stable.

Her husband Doy once said of his wife, “She is gifted with so many talents. Each talent alone would require a lifetime to master, but because she was given much, not to mention that she is a mother of eight children and married to a prominent political personality, she has never had enough time.”

She nevertheless generously shared her boundless talents, and shone as a true beacon of excellence. This year, for all that dazzling range, creativity and commitment to her art—but most especially as an enduring star and pioneer of the Philippine stage—Celia
Diaz-Laurel is Philstage’s Natatanging Gawad Buhay honoree for Theater. Bravo!