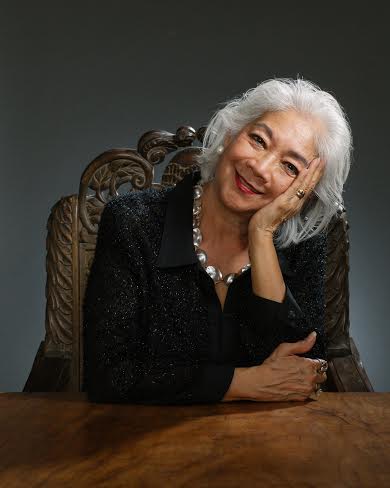 A legacy of Filipino dance

In the Gawad Buhay, Philstage’s annual awards for the performing arts, the Natatanging Gawad Buhay  awardees are special. They are elected by the artists of Philstage themselves, unlike the other creative achievement awards that are selected by an independent jury of critics and  scholars.

Born in 1942 into a musical family—her mother Adoracion was a noted voice teacher, while her father Ricardo was once called Mr. Philippine Folk Dancer—Reyes seemed predestined for a life in dance. She toured early on with her father, and trained at a young age with Rosalia Merino while studying at Maryknoll College, and later with Leonor Goquingco (National Artist for Dance) and Ricardo Cassell at the Philippine Women’s University.

She continued to shine even brighter as she grew up. Way before she started the company that was to become Ballet Philippines, she had started contributing to  the household by dancing and creating dances for the stage and television.

She was in the original Bayanihan Dance Company world tour that performed in Brussels and on Broadway in New York. She was also part of an international show in Las Vegas.

She finished her Master’s degree at the Sarah Lawrence College in Bronxville, New York, and trained under Bessie Schonberg, among others.

She had a teaching position set for her in the United States, had she not vacationed in Manila and saw the new Cultural Center of the Philippines (CCP) theater and its then empty programming.

She organized her peers—then some of the best dancers in Manila—and proposed to present a modern dance concert at CCP. The concert was a hit, and Ballet Philippines was born.

She called the CCP her home for 20 years, crafting a formula and work ethic that remains legendary to realize her dream of creating a professional, world-class Filipino dance company.

Her remarkable energy shone through in her roles and creations—as “Amada,” “Itim-Asu,” Sisa, the bride in “Songs of the Wayfarer.” These were landmarks in sculpting a new space for the Filipino dancer.

As she delved into bigger stories and more diverse, cosmopolitan directions, her eloquence as a choreographer grew. She ignited the stage with Filipino ballets in a distinct Filipino modern dance style while pushing classical ballet standards.

While some of her early works have been lost due to the lack of proper recording in the early years, her decision to establish a repertory dance company ensured that most of the company’s works are preserved through a person-to-person transmission via timely revivals of the classic works.

With her fellow pioneers, she inaugurated the country’s first subscription seasons for dance. She led acclaimed local and
international tours that introduced classical and modern dance to the farthest provinces and put the Philippines on the world dance map.

Alice Reyes did it with a flair for timing, theatricality and an attention to detail that aspired for the highest level of excellence. With cofounders Eddie Elejar and Tony Fabella, she balanced modern dance and the pursuit of a classical ballet technique. She invited collaborators  who became future advocates  of dance—writers, composers, designers and actors who joined her in creating a uniquely Filipino body of work.

And as a presenter of dance, she brought stars from the global stage to join her company in Manila, continually raising the bar for her own local dancers and productions.

After 20 years of leadership, Reyes left Ballet Philippines with a new generation of dancer-champions at its helm, as she started a new life in the United States with her family. By then, she had become a living legend. All artistic directors after her know they will be measured in some way against the original visionary’s exacting standards.

At the Gabi ng Parangal following her conferment as National Artist, Reyes was feted by a grateful dance community. Forty-six years after that modern dance concert in 1970, her legacy is invaluable: a tradition of excellence and innovation that has brought to center stage the strength and grace of the Filipino dancer and dance-maker.

Manila is now one of the few cities in the world to support three full-time professional ballet companies. Dance in the Philippines has truly gone a long way—thanks to the pioneering dancer, choreographer, director and producer Alice Reyes.