Who is Honeylet Avanceña, the woman behind Duterte? | Inquirer Lifestyle ❮ ❯ 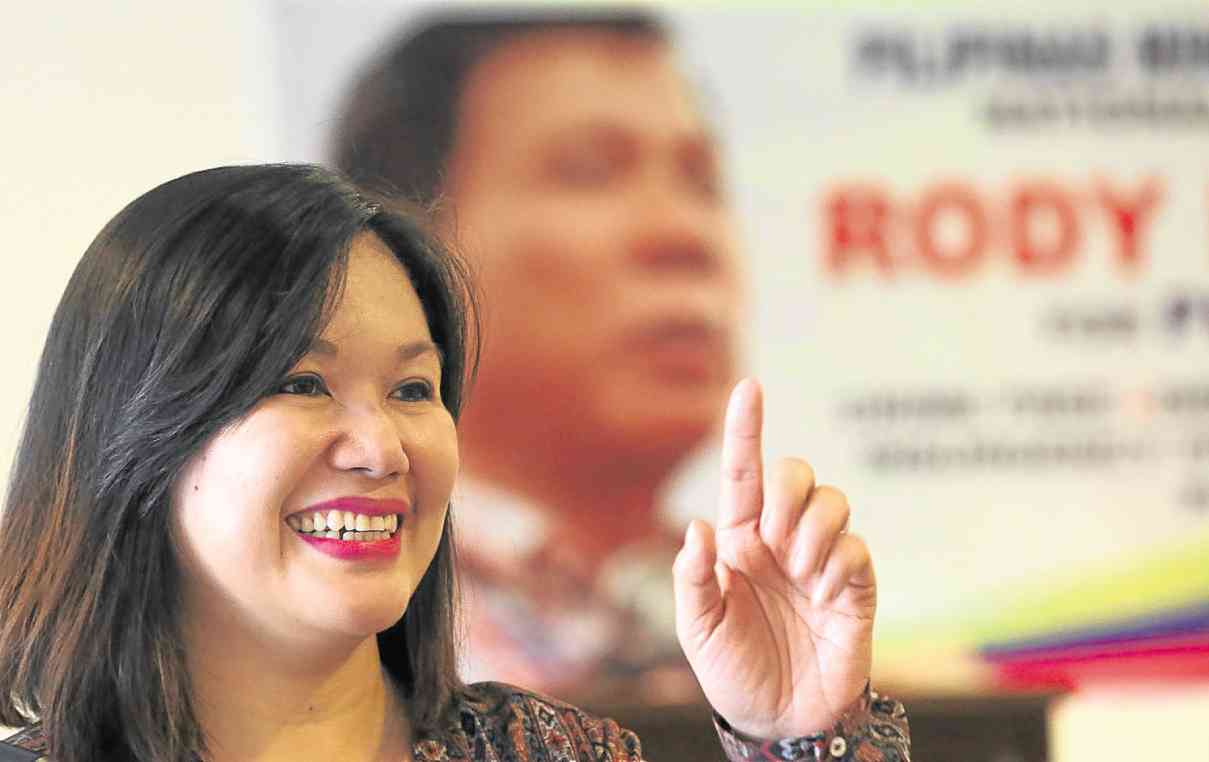 Who is Honeylet Avanceña, the woman behind Duterte?

Although the camp of presumptive President Rodrigo Duterte has announced that his daughter Sara will serve as first lady in official functions, his partner of 20 years, Cielito “Honeylet” Avanceña, will be likely running the presidential household, wherever that turns out to be.

She is reportedly shopping for a more “presidential” wardrobe for the Davao City mayor, who has  favored jeans and striped polos that don’t exactly flatter his beer gut.

“He doesn’t like itchy fabrics, he’s sensitive that way,” she told Lifestyle when we caught her early in the campaign. “That’s why he matches his barong Tagalog with maong denim.  He doesn’t like polyester; it makes him itch.  It has to be cotton.”

As a public figure, he doesn’t have time to go shopping, so she was the one who bought his clothes for him, she said.

As for the presidential diet, she said Duterte was a man of simple tastes who preferred a frugal meal of fried tamban fish and ginamay (menudo), and that he tended to lose his appetite when too many dishes were set before him.

The 46-year-old Avanceña, with whom Duterte has a 12-year-old daughter named Veronica (nickname: “Kitty”), stayed largely under the radar, until the campaign shifted to high gear.  She then became a fixture in Duterte’s campaign sorties in Luzon, even as his ex-wife Elizabeth Zimmerman and daughter Sara covered Mindanao.

With Duterte announcing that he will most likely divide his time between Davao and Manila in the first few months of his term, where Avanceña will keep house is anybody’s guess.

If she had her way, she’d probably choose to remain in Davao so she could continue to look after her businesses, which consist of a meat shop, a canteen catering service and 11 Mister Donut franchises.

Veronica is also reportedly adamant about staying in her current school in Davao.

“Bahala na ang Diyos kung saan kami ilagay,” said Avanceña when we asked her if saw herself living in Malacañang.

A former nurse, Avanceña spent four years working as a health professional in the US until 2004, when she returned to Davao after giving birth to Veronica.

Although they are not legally married, Duterte, she says, was her first serious relationship, although she was hazy on how and when their romance began.  Duterte’s first marriage ended in annulment in 1998.

When asked what the basis of their relationship was, she replied, “Asawa.  Kung ano ang gawain ng asawa.”

A friend described her as “the supportive, quiet and prayerful wife of 20 years.  I can describe her as the gentle and comforting soul behind [presumptive] President Rody.  She is very feminine and soft-spoken.  The woman doesn’t involve herself in politics but busies herself caring for her husband and child and their home.  Being a nurse, Honeylet also cares for the health and well-being of her husband.”

However, as a businesswoman, she also prides herself in being independent and not relying on her husband for support.

All of this, of course, was before Duterte’s landslide victory in the presidential polls, and it remains to be seen how that will affect the state of their affairs.

When the 70-year-old Duterte’s health was placed under scrutiny, she said that his blood pressure was better than hers, and that she had to take two medications to keep her blood pressure under control.

She might have to keep a closer eye on that, now that her partner is poised to take the highest office in the land, with all the accompanying stress it entails.

Regardless of their personal life, however, Avanceña is convinced that Duterte will live up to his campaign promises, or die trying.

Even when he was mayor, she said, Duterte often went without sleep to stay on top of problems.  One time when a kidnapping occurred, she recalled, he didn’t sleep until the victim’s body was found.

Although the interview took place before a Duterte victory at the polls was anything but certain, Avanceña predicted that “if he is going to be president of this country, he will use all the powers of the president.”

She did allow for the possibility of a higher power at work behind the scenes.

“I think God’s hand is at work in him,” she told Lifestyle. TVJ

If elected, Duterte will commute daily to work—from Davao