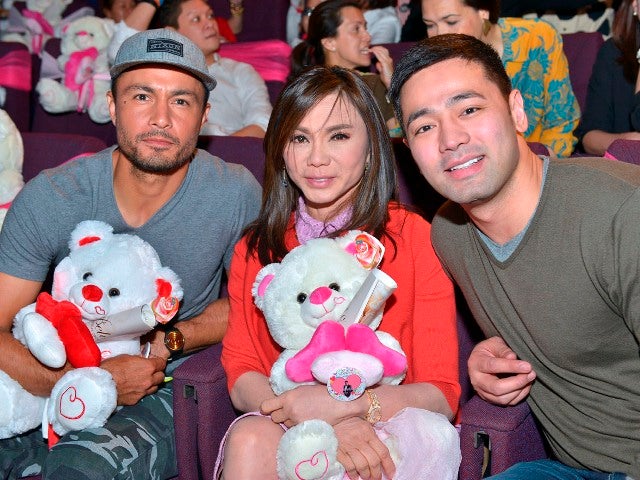 We were with Andrew Gan in the newest “in” place in Taguig, Bank Bar. In fact CNN.com included it in its list of “seven of the world’s most famous and intriguing speakeasies” (very exclusive bars) in the world.

Bank Bar, which is in the Rizal Commercial Banking Corporation Savings Bank Center at Bonifacio Global City (BGC), is superbly interiored, excellently designed, and with house music that will blow your worries away.

Music is courtesy of two world-class DJs, Robbie Lopez and Agnes Macasaet. At the bar, you can enjoy the music but also chat without losing your voice to a blaring sound system, dahlings.

But be warned, if the club gets too full, the bouncers will not allow you in till it eases up inside. So fall in line like the others or move on elsewhere.

Its version of “happy hour” is called “The Bull Market,” where one gets higher discounts with every order.

Monday to Friday, from 5 to 8 p.m., Bank Bar offers 25-percent off on the first order, then 30 percent, 35 percent and 40 percent on subsequent orders.

Previously, we had dinner with Andrew Gan of Beacon Holding Inc., an outspoken political observer, at the  très popular Manam Resto on 4th Ave., BGC.

No one complained about the menu chosen by Andrew that included Corned Beef Kansi, the divine Crispy Pancit Luglog, Adobo with Crispy Sisig, Bicol Express and Frozen Brazo de Mercedes.

Organized by Belo marketing consultant Jojie Dingcong, the screening at My Cinema of Greenbelt 3 was styled by Portia Cruz and her team from Eventique. The delicious gourmet food was catered by Florabel.

Present were Derek Ramsay, star of the movie, who came with his non-show-biz ladylove.

Dr. Hayden Kho was with his own ladylove, Doc Vicki, naturellement.

In true Belo style, teddy bears were seat warmers that adorned the theater seats. Each guest got to take home the cute white teddy bears aprés hugging them throughout the movie.

Aside from Derek, the movie stars Solenn Heussaff, comic Kiray Celis and Kean Cipriano. It is making a killing at the box office, earning P55 million on its opening week.

“It was a joy to see people laugh and get excited over the movie” said Derek.