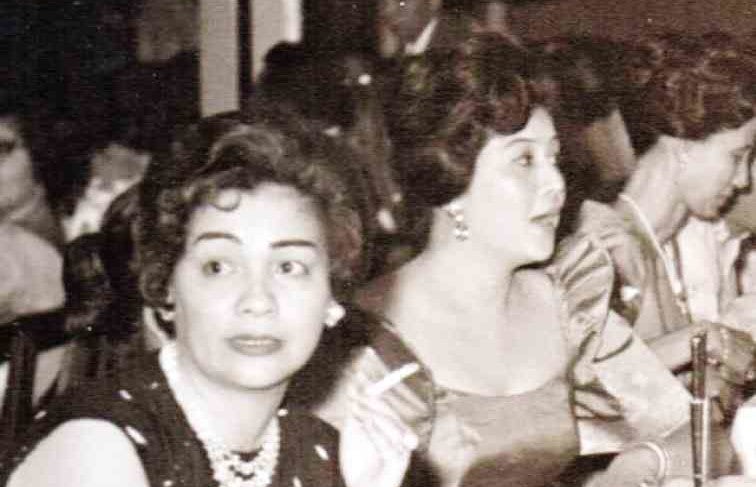 The Cebuano roots of incoming President Rodrigo Duterte have been explored many times over, especially in connection to the political kingpins, the Duranos of Danao City, Cebu. Ramon Durano—the late congressman, Danao mayor and “Marcos backer,” in the words of The New York Times—was married to Beatriz “Ati” Duterte, a cousin once removed to Rodrigo.

But even before the Duranos and their kin, the Almendrases, rose from relative obscurity in the 20th century, notably after World War II, the Dutertes were already of the Buena Sociedad Cebuana, Cebu’s multi-ethnic high society—and connected to it by consanguineal and affinal ties going back to the 18th century.

This is not to say, of course, that Durano was not of good stock, as he was also descended on the maternal side from the prominent Mercados of Cebu City. But marriage to a Duterte had clearly brought him a notch higher in social and economic standing.

The Dutertes belong to the oldest known Spanish families of Cebu that include the Cabreras, Lasalas and Rafolses. Their earliest traceable ancestors were described in records as Spanish mestizo or half-breeds, even criollo, referring to those with Spanish ancestry but whose paterfamilia from the Peninsula, however, could no longer be traced.

It is tempting to speculate that these families, among others, were remnants of the original Spanish families that the conquistador Miguel Lopez de Legazpi resettled in Cebu by 1571 to establish the Spanish quarter of the city collectively known as the Ciudad.
What is obvious is that in time, intermarriage with the Indio and Chinese mestizo women—in the relative absence of Spanish women—produced subsequent generations of Spanish mestizo (racial records were traced, always, through the male line).

In the late 18th century, the Duterte family was already settled in the heart of the city’s old Spanish quarter that encompassed Fort San Pedro on the port (Barangay San Roque today).

American historian on the Philippines Michael Cullinane believes “the Duterte family was one of the old Spanish Creole families of the city at the time the cabildo of Cebu was abolished” in 1755.

Membership to the cabildo or administrative council conferred not only status, but also suggested land ownership and influence, and access to wealth-building activities.
By the 19th century, the Dutertes had ballooned into a clan, cleaving (as did many other families) to the northern and southern parts of the province around 1860, possibly to take advantage of the economic opportunities presented by the opening of the Port of Cebu to international trade that year.

In Cullinane’s records, Rodrigo Duterte’s line starts with Dionisia or Francisca Duterte; her exact name is unclear, but she may have answered to both. She was a native of the city, and by indication, was unmarried.

Doña Dionisia had at least one natural child by the Chinese mestizo don, Maximo Veloso del Rosario (dead in 1864), the father of Pascual Veloso y Rojas and others. Don Maximo was the brother of the more famous Don Gavino Veloso del Rosario, and thus belonged to Cebu’s wealthiest family throughout the 19th century, with real estate holdings in Manila, particularly in Binondo, and what was known as Tanduay Island on the Pasig River.

For a woman of her class, having a love child was not exactly a liability, at least in Cebu society of the day. Doña Juana Osmeña bore Sergio Osmeña, the Philippine president, illegitimately, to cite just one example.

A combination of independent means, her family’s support, or even Don Maximo’s largesse, surely shielded Doña Dionisia from indignity.

This unconventionality is not foreign to Duterte women. Two generations down Doña Dionisia’s line, Filomena Duterte had a liaison with her father Escolastico’s friend, Don Florentino Rallos (later to be Cebu City’s first elected president, a mayor under the Americans).

Two of their daughters, Beatriz (“Antes”) and Soledad Duterte, founded with their husbands, Agustin Jereza and Miguel Sanson, respectively, what is now the University of Southern Philippines Foundation (USPF).

Beatriz D. Jereza and Soledad D. Sanson were Cebu’s first women founders of a university. USPF is, at present, known for its social work course and its Rizaliana, “the largest collection … outside of Manila.”

Remedios was a writer and suffragette. Family lore has it that it was her influence that predisposed then Congressman Sotto to pass the first bill on women’s suffrage in 1907.

Doña Dionisia’s son by Don Maximo, Isabelo Duterte Veloso (styled, in the case of children born out of lawful wedlock, but acknowledged by their fathers, with the mother’s name as a surname and the father’s as a middle name) followed the land-owning drive of the Velosos and ventured north to the towns of Danao and Carmen in the 1870s, where he acquired lands and took as wife Damasa Buot of the local gentry.

By the time of his death in 1901 in Cebu City where he still maintained residence, he was described as a hacendero living in Danao.

Around this time, of course, the Dutertes’ venturesome ethos, not necessarily physical, began to solidify. By the defiance of the aforementioned Escolastico “Ticoy” Duterte, reportedly the brother of Don Isabelo, against friar authority, the Duterte name entered the annals of Cebuano history.

The feast of the Sto. Niño in 1888 fell on Jan. 18. The Augustinian friars that year “decided that the fiesta of the Sto. Niño should be very festive to encourage visitors from other provinces to attend,” writes historian Felix Sales in his
account of the incident (summarized here from the annotated translation of Fe Susan Go).

The priests wanted the Pendon de Castilla or “banner of Castille” to be paraded in the grand procession. This pendon was, in fact, one and the same as the banner of the city or flag of San Vidal, the patron saint of Cebu under Spanish rule, that for generations was seen only on his feast day.

A request was made by the Augustinians to general public administrative office, the Intendencia General. The request was granted and the office of the intendencia then ordered the gobernadorcillo (mayor) of the Gremio de Naturales to include the banner in the procession of the Sto. Niño. (This gremio or guild originally reserved for the Indio natives had by now absorbed the members of the old Spanish cabildo).

The order, however, was met with resistance by the principales (the leading citizens-officials) of this gremio, especially by the teniente accidental (acting mayor), Don Escolastico Duterte. Their consensus was a negative, “since the banner was not intended for the Santo Niño” and “the purpose of the friars did not conform with, but rather overstepped, the jurisdiction of church rights.”

Don Escolastico sought legal opinion. The attorney then fired a letter to defy the order by asserting the rights of the gremio as legal guardian of the banner so decreed by the “highest authority in the islands.”

Duterte delivered this letter personally to the intendente general, who, after reading it, commanded the Guardia Civil to order Duterte and the other principales to appear before him and explain their action.

Duterte stood his ground despite threats of excommunication. In the end he was forced to resign from his post and was replaced by the friar-fearing teniente primero of whom a renewed request for the pendon was made. Of course, this time around, it was granted, but not too easily.

The teniente primero’s order to have the flag of San Vidal paraded in the Sto. Niño festival was not carried out by the alguacil de varas or constable and his men.

Ultimately, the friars of San Agustin got their way. The intendente general heeded the frays’ desire and sent a squad of Guardia Civil accompanied by the teniente primero to remove the Banner of the City from the Tribunal of the gremio, and enjoin the high-born standard-bearers to parade it in the procession of the Sto. Niño.

They had become the Danao Dutertes before the move of Rodrigo Duterte’s branch to Davao by way of Leyte.

Teacher and writer Jeffrey Hays quotes the German theologian Jürgen Moltmann as having said, “Historical awareness differentiates between the present past and the past present, and puts us in the position to discover the future in the past, to pick up past possibilities again to link them with the present future.”

Over a hundred years ago, Don Isabelo Duterte ventured out of Cebu City to Danao and became a hacendero.

In June 2016, his great-grandson Rodrigo Duterte will venture out of Davao City to the Philippine capital and become the 16th president of the Republic.