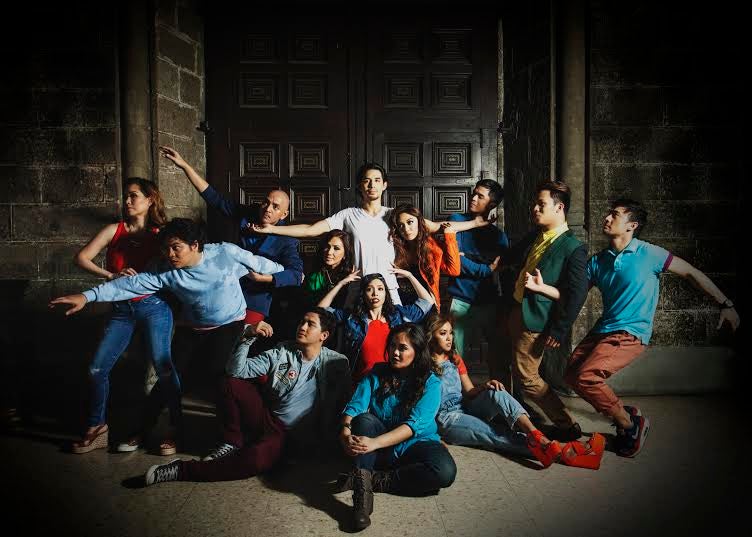 A ‘Godspell’ that spells truth for troubled times

The scenario is all-too familiar for fans of Stephen Schwartz’s ageless pop retelling of Jesus Christ’s parables: A band of actors travels through cities reenacting the teachings from the Gospel of Matthew, and along the way imbibe and make them their own.

The initial whimsy of the actors turns into a wonderful reexamination of the meaning of life, and by the end of the play, their bluster has been replaced by the poignant, painful realization of the value of sacrifice.

These themes will still resonate in MusicArtes Inc.’s upcoming production of “Godspell,” which will play for two weekends in Metro Manila this June, but don’t expect the same old cutesy clowns to be the guides in this journey. As directed by Anton Juan, the popular rock opera is now intended to take the audience on a more urgent trip through a landscape besieged by war, poverty and social injustice.

Through the musical’s familiar chords that tap into various musical genres like ragtime, gospel, rock and hip-hop, the caravan of fictional actors—and hopefully the audience—comes to grips with the horrors of the present world. And yet it won’t be all overwhelming darkness. Led by Jesus (Jef Flores), the characters find hope in the parables and light from underneath the rubble.

“It’s all about the creation of the city of man, because we are human beings, not beasts, despite the ruptures we see happening in the world right now,” explains Juan. “This troupe of actors goes from one town to another to play the Passion of the Christ. We see glimpses of the Syrian war, the influx of refugees and other social issues.”

As the company performs “the story of Christ throughout the ages,” they confront the challenge of “building instead of destroying—like how do you turn the other cheek in this age of cynicism?”

And in the spirit of the original “Godspell,” the fictional ensemble go through their paces of reenacting the parables by improvising on the spot. By transforming the junk pile around them into props that tell their story, like converting a piece of bamboo into a weapon, they find that positive change is possible.

Musical director Ejay Yatco says he’s highlighting each lesson by reinterpreting the soundtrack. “Day by Day,” “Light of the World” and the other songs in the playlist go through their own journey, escaping their pop confines to leap into experimental musical variations of electric, rock, exotic African and mournful soul, among others. “There’s one genre for each character,” he says.

And, not surprisingly, the fulcrum of the music will center on Flores’ Christ, who finally faces his path of no return during the musical’s equivalent of the agony in the garden. Flores apparently had a near-emotional breakdown during the rehearsal of this pivotal scene.

“Jesus is carrying the weight of the world on his shoulders,” he says. “He was putting one foot after the other to install from one community into the other the ideas that they can bring into eternity. He was doing it parable upon parable. He is committed to this vision—and then he faces the reality that, to fulfill it, he has to die.”

In “Godspell’s” retelling, the eventual catalyst that pushes Christ into that edge is his best friend-cum-best critic, Judas, played by OJ Mariano. In living up to the Schwartz version, the actor who plays Judas also essays John the Baptist, who heralds the coming of Christ at the beginning of the musical.

Mariano says he plays “Judas as more cynical, while John the Baptist is the genius—he’s all out there, he knows what’s going on.”

Juan believes that Judas and John the Baptist play two sides of the same coin: the instrument that actualizes Christ’s sacrifice, which brings eventual redemption to the whole world.

“One actor does both because the first persona, John, foresees the crucifixion and he does baptize with fire and blood. Judas, on the other hand, makes the Passion happen, and that it comes through a friend makes the betrayal very painful.”

Juan teases that the fourth wall will come down and audience participation will be elicited to drive home more powerfully the message of the musical.

“War, poverty, prostitution—we will see all these,” he says. “We will confront the choices of evil and, with them, the alternative, which is the goodness of sacrifice.”