Sadly, there is no Tinder for shrinks | Lifestyle.INQ ❮ ❯ 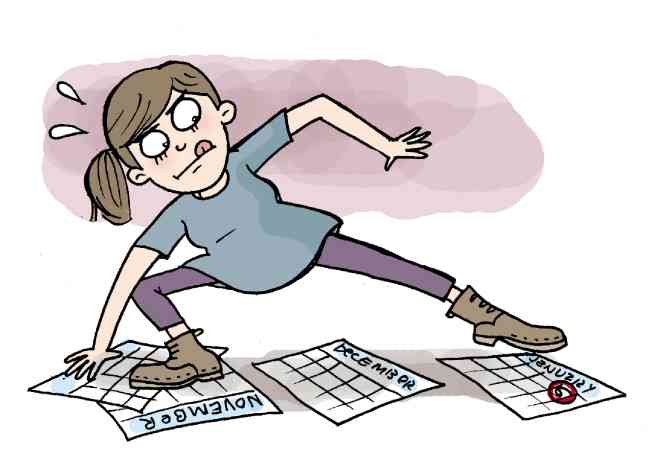 Sadly, there is no Tinder for shrinks

THE first step is recognizing that you need to see a psychiatrist. In some cases, it means finally being convinced by the people around you that you really need to see a shrink.

When I started telling my story, some people expressed surprise at my willingness to seek professional help.

“Who told you to go to a doctor?” I was asked many times.

When I read about people who have been suffering from depression for two or three or more years without getting help, my heart breaks. How do they survive? I was just two weeks in and I couldn’t stand it.

The second step is finding a psychiatrist you can go to. I wish I could tell you that this part is easy, but I soon found myself wishing there was Tinder for shrinks. Or Grindr, because while I have zero Tinder experience, I usually tinker with my friends’ Grindr, choosing cute guys for them to talk to.

I began my search for a shrink on Facebook. I wasn’t ready to tell people about what I was going through, yet one of the many good things about being a journalist is people always assume you’re doing research.

My Facebook friends started sending me names of psychiatrists and psychologists they knew. When some of them asked why I was looking for one, I wasn’t up front.

“For a friend,” I told one, feeling guilty for lying. But I wasn’t ready to be open yet. 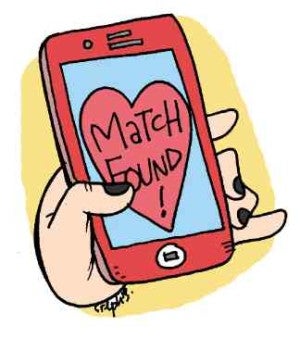 I looked up “best psychiatrists in the Philippines.” I searched for “psychiatrists in Manila.” And I started jotting names down. I noticed that some names kept appearing over and over again. I put those who were recommended by multiple people on top of my list. One name in particular stood out because she had been recommended by both strangers and people I knew.

The next day, I called her clinic, eager to make an appointment.

“Yes,” I said. I could hear her flipping through pages of what I guessed was the doctor’s appointment book.

January 6? That was over a month away! I didn’t think I could make it through an entire month without knowing what was wrong with me. But I booked the appointment anyway.

Some people have compared trying to find the right psychiatrist to dating. You shouldn’t expect to find your match on the first try. And so I kept looking.

I didn’t know it then, but here’s a disturbing fact: There are only .05 psychiatrists for every 100,000 people in the Philippines.

And, if you think not a lot of people need psychiatrists in this country, here’s another fact: In 2011, according to the World Health Organization, the country had the highest number of people diagnosed with depression in Southeast Asia.

So, yes, the schedules of psychiatrists get really full. And you thought that trying to get a date was hard.

The second psychiatrist on my list was also highly recommended. And, to my surprise, when I called her clinic, I was told by the person who answered, “She books her own
appointments. Do you have a pen? Here’s her cell number.”

A psychiatrist who books her own appointments and gives out her cell number? I was intrigued.

I texted to ask if I could book an appointment. She replied on Monday morning, telling me to call her in an hour.

The first time I heard her voice, I instantly liked her. Even over the phone, she was very comforting. She was apologetic when she told me that her schedule that week was full.

“Is it an emergency?” she asked.

And so we set my appointment for the following week, Dec. 16, nine days before Christmas.

It was my first session with Dr. D.

The strangeness first hit me three weeks before, while I was in the United States, just about to return to Manila. This is the way I have explained it to friends: It was like my insides had been scraped out, leaving me hollow and empty. I felt like a human jack-o’-lantern.

Depression doesn’t look or feel the same for everyone. For some people, it’s a crippling, debilitating sadness. For me, it was a scary numbness. I was incapable of feeling.

On the outside, I pretended everything was normal. I was working, I was productive, I was interviewing people, I was meeting deadlines, I was replying to messages and comments on Facebook and Instagram.

But inside, it felt like I couldn’t relate to the people around me. I was constantly exhausted. I was barely eating. I spent nights crashing on the carpet and watching stand-up comics on YouTube. I slept too much. I remember having dinner with really close friends and not knowing how to talk to them. I was an alien, an alien pretending to be Pam.

And two days before I was scheduled to see Dr D., an old enemy surfaced. I woke up having a panic attack. It felt like someone was sitting on my chest, my heart was beating so fast and I couldn’t breathe. I sobbed and sobbed. It was a while before I calmed down.

In front of Dr. D, the tears threatened to come out again.

She pushed a box of tissues toward me. “It’s okay to cry,” she said, her voice soft and her eyes kind.

I grabbed a tissue and started talking, my voice cracking. “I’ve always been a happy person but a few weeks ago…”

My tears stopped almost as quickly as they started.

In late November, I began using my phone to keep a list of the changes I noticed in myself. But that afternoon, in front of Dr. D, I didn’t need to bring it out. I could rattle them off because they were all still happening.

“I have no appetite and when I am able to force myself to eat, I usually stop eating in the middle of my meal. I’m

always tired. I have lost interest in the things I used to like. I was obsessed with nail polish but I did not paint my nails for 14 days. I feel guilty about amassing so many material things. I don’t want to go out. I have a constant feeling of doom. I feel numb, empty and hollow. Like I just don’t care about anything. I’ve lost my enthusiasm. I can’t cry. When I start, it’s like a faucet that someone switches off instantly. The tears just stop. I can’t recognize myself. I forget things. I can’t concentrate. I don’t know how to communicate.”

Dr. D described what I was going through as a major depressive episode. And because there was no trigger and I couldn’t identify a reason for feeling the way I feel, she suspected that my condition was genetic and caused by a chemical imbalance in my brain.

Dr. D diagnosed me with clinical depression and anxiety disorder. But to rule out other underlying conditions that might be causing depressive symptoms, she ordered a thorough blood test.

The following week, I was back with my test results and they were all clear. My thyroid was functioning properly so we couldn’t blame it for my symptoms. It was official: I was clinically depressed.

She prescribed an antidepressant and anti-anxiety medication, explaining how they worked. “The effects wouldn’t be instant. You will start feeling them in two weeks and they should take full effect after eight weeks.”

And because it was just days before Christmas, that meant I would be going through the holidays still feeling all the strange things I was feeling.

Dr. D reached out and squeezed my arm gently. “I’m so sorry, anak. I feel for you. The timing is unfortunate.”

She told me to text or call her anytime I needed her, which I appreciated.

Some psychiatrists take the tough love route. Dr. D’s brand of care is nurturing and warm.

I survived the holidays without having to text or call Dr. D. And I have been seeing her for the past six months and she has helped me tremendously. Some sessions are short, some are long, some are harder than others.

But they always, always make me feel better and more equipped to handle things. I really don’t know how I’d be right now if I didn’t find her.

During one appointment, I remembered covering my face, saying, “Doc! I can’t believe I’m telling you this.”

She chuckled and said, “It’s okay. Trust me, I’ve heard it all.”

Yes, our therapy sessions have light moments, too. You’ll be surprised by how much we laugh together. The first time we met, Dr. D said: “I’m happy to see you taking good care of yourself. Some depressed people start neglecting personal hygiene.”

And the following week, after a long wait outside, when I walked into her office, she said, “You smell so good even after sitting in humidity! You made my office smell so good!”

I liked Dr. D so much that after just one visit, I knew I wasn’t going to the other doctor anymore.

I guess this is the mental health equivalent of marrying your high school sweetheart. I got lucky.

And I have been trying to do my part in spreading that luck. Because I have become very vocal about my struggle with depression and anxiety, people often ask me to recommend a good shrink.

With Dr. D’s permission, I’ve been giving out her number and I am happy that more friends and acquaintances have found solace in her care.

Here’s the truth: Going to a shrink is expensive (nope, it isn’t covered by health plans, which makes zero sense to me, so you have to pay for every single session) and sometimes you will feel judged for it (but this is why I want to keep talking about it, to help people realize that it’s just like going to any other doctor); but it’s so important to seek professional help if you need it.

It may not be as easy as swiping right on Tinder, but when you finally find your match, it’s beyond worth it.