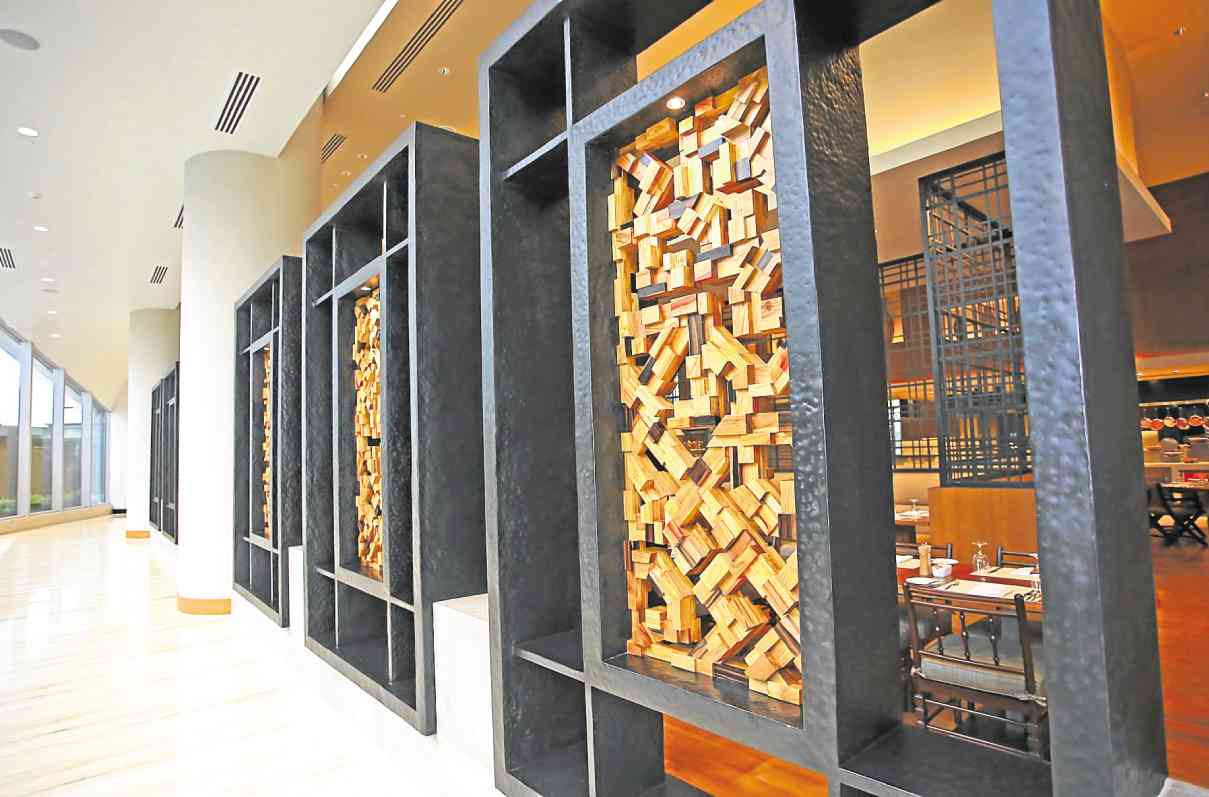 FROM the outside, if you’re coming from SM Mall of Asia, or the SMX, it looks like an ocean liner with its prow jutting forth. The nautical theme flows into the lobby of the Conrad Manila, the newest luxury hotel in the Manila Bay area, set to open later this month.

A steel and fiberglass sculpture by artist Leeroy New greets visitors at the entrance. The oversized piece, suspended from the ceiling, was inspired by sea plants and given two pearlescent textures: nacre or mother-of-pearl and abalone shell. A wall near the coffee shop just off the lobby echoes the sculpture’s curves.

Project director Nestor O. Jardin and his team including Ma. Victoria Herrera, Vita Sarenas and Luni Doctor have put together a collection consisting of 635 works by Filipino visual artists. Over 200 are original works, while 415 pieces are replicas or reproductions.

After doing research, Jardin and his team had the artworks commissioned last year and began installing them in the hotel’s public spaces and its 347 guest rooms located on four floors of the SM property. The first two floors are devoted to the hotel’s retail podium, S Maison, which has a mix of commercial and dining outlets, and three state-of-the-art cinemas.

Conrad Manila is SM Investments Corporation’s entry into the luxury hotel segment through SM Hotels and Conventions Corp. and its operator, Hilton Worldwide.

“It is an honor and a privilege for us to re-introduce Hilton Worldwide through the first Conrad hotel in the Philippines,” general manager Harald Feurstein said in a statement. “I am certain that the hotel will be a significant addition to Manila’s dynamic landscape.”

However, there is also much to see inside the hotel, including the cast iron “pencil shavings” near the Brasserie by Reggie Yuson, beguiling 3D art at the elevator bay by Mark Justiniani, and sculptures made of three types of wood (gemelina, mahogany and tanguile) by Stanley Ruiz that just beg to be touched.

At the entrance to China Blue, artist Indy Paredes based his concrete sculptures on jade pieces representing prosperity, longevity, good fortune and happiness. The private dining rooms in the restaurant, meanwhile, have large oil paintings of Chinese emperors and empresses by collaborative artists Gail Vicente and Lou Lim.

Paintings by Nicole Coson greet visitors as they occupy the walls across the elevators on the fourth and seventh levels of the hotel.

More artworks can be seen at the hotel’s six multi-function events spaces that include two ballrooms and executive lounges.