What Ate Vi gave me on her birthday holiday | Inquirer Lifestyle ❮ ❯ 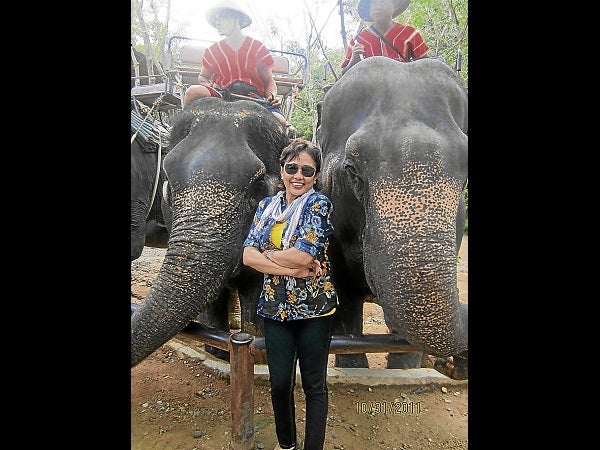 What Ate Vi gave me on her birthday holiday 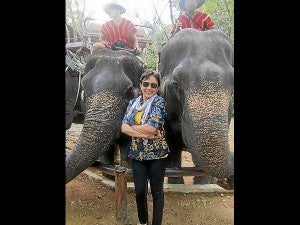 I was excited to see a good friend of mine in Malaysia to celebrate her birthday  with her family, and to celebrate Ate Aida’s birthday, too.

The only time I have been to Malaysia was on a cruise via Star Cruises, passing through Penang. So finally a trip to see Kuala Lumpur and Genting became a reality.

Even if I was spending only two nights with the Vilma Santos, I welcomed the chance, and the break from the stress of Manila.

Vilma, Ralph, and Ryan planned to celebrate her birthday to be outside the country this time, instead of the usual dinner in her house.

Of course, Ate Emily, Ate Aida, and Sonny (Vi’s brother), plus an entourage of family and friends, were in tow. I wanted to be in Phuket with them for their first stop, but work in Manila prevented me from joining them; I caught up with them in Malaysia.

I missed out on the adventures in Phuket where, I was told, the group rode elephants through the jungle and, on another day, the boys went on a fishing expedition, while the girls had their retail therapy. On the eve of Vilma’s birthday, they had a formal dinner where Ralph surprised her with diamond necklace and earrings. When I ask how much the jewelry cost, all I got was the answer, “You can never put a price tag on love.” 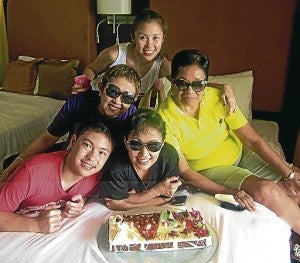 After a week in Phuket, the group flew to Malaysia. Genting is a mountain resort an hour away from Kuala Lumpur, and the highest peak of the mountain resort boasts a complex under the wing of Resorts World. You got it, casino galore!

But Vilma and the crew opted for a more quiet vacation, so they stayed at the mid-levels of the mountain at Awana Golf Resort. I was unfortunate to have the only available room left in the First Hotel. Little did I know I was arriving at the peak of a holiday in Malaysia, and I was greeted by hordes and hordes of tourists in the reception, making me claustrophobic. That’s how crowded Genting Highlands was that day.

Vilma and the girls picked me up after I waited two hours for my room. They were excited to give me a tour of the complex, which was literally a maze within a maze. Each hotel—I know of at least four—are connected in a labyrinth of pathways to food malls, shopping areas, casinos, a theme park, and theaters.

They toured me around, and showed me a hawker’s plaza aptly called “Food for the Seasons”; we all joked that it was named after Vilma Santos herself.

The day ended in a Chinese restaurant Ralph chose. I must say the senator knows his food; I just loved the food there. A nightcap in a sports bar gave us the chance to behave like kids and dance to a few songs before we called it a night. 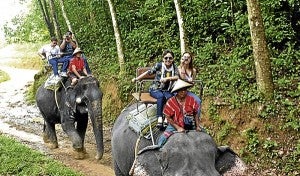 The next day Ralph rented two vans to bring us to Kuala Lumpur for a day tour.

First stop was the Petronas Tower, where we all had our souvenir photo. We entered via the Suria Mall, which the girls fondly called, “divi-SURIA.” As girls will be girls, the tour turned into another retail therapy session.

Vilma, who thought that she was not known in KL, walked without care in the world, exploring the shops, only to discover Filipinos working and shopping in the same area.

Initially only a few recognized her and had their photos taken with her. When we sat down in a coffee shop, however, we realized that the number of fans and oglers was growing. The meal became a photo-op, and her anonymity was gone. I joined the fray, and we all made new friends in the end. 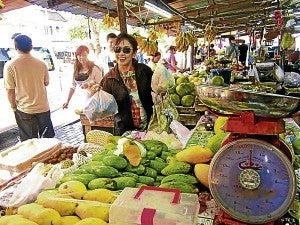 Nothing seemed to bother Vi, as she was on vacation mode. She obviously knew how it is to be a celebrity, but still, I was impressed with how patient she was in dealing with different people. She would even ask people who worked there how they were, and if life was good in Kuala Lumpur. She genuinely cared.

As usual, we lost track of time and were a little late for the shuttle back to Genting. We all arrived famished and just ate at Awana.

It was getting late, and I had to pack for my flight the next day. I had to travel three more mountains to my hotel, so I said my goodbyes.

As I was about to leave, Ate Vi offered to take me back to my hotel via the cable car. And that was where the real adventure began.

We got stuck 9,000 feet above the ground, in the cable lines. I videotaped this, and will show it in my podcast, Adventures Behind My Lens (http://adventuresbehindmylens.com), available in iTunes, too. I suggest you wait to see how we survived. I watched the video for the fifth time today, and I still die of laughter every time. After two nights I had to fly back to Manila, yet already missing the group. Those two days with them left me a valuable lesson. Vilma has  been a public figure all her life. Going to the mall, sitting on the sidewalk, eating in a carinderia, even buying street food are things we take for granted. But for Vi, these things are precious moments.

Some say that loss of privacy is a small price to pay for fame and fortune, but let me tell you that her life has not been all fame and fortune.  It’s more of work, integrity, and sacrifice. Some people would trade places with her in an instant, but if you knew how she got to where she is now, you would wonder how she ever endured such a life.

She has had really low points in her life. Life is hard enough but it becomes even harder when one is always under microscopic scrutiny. Seeing her enjoy the simple things makes me appreciate the things I take for granted.

Funny that when I flew to Malaysia, I was wondering the birthday gift I could give someone who has everything—only to realize that it was she who gave me something instead: The gift of insight.