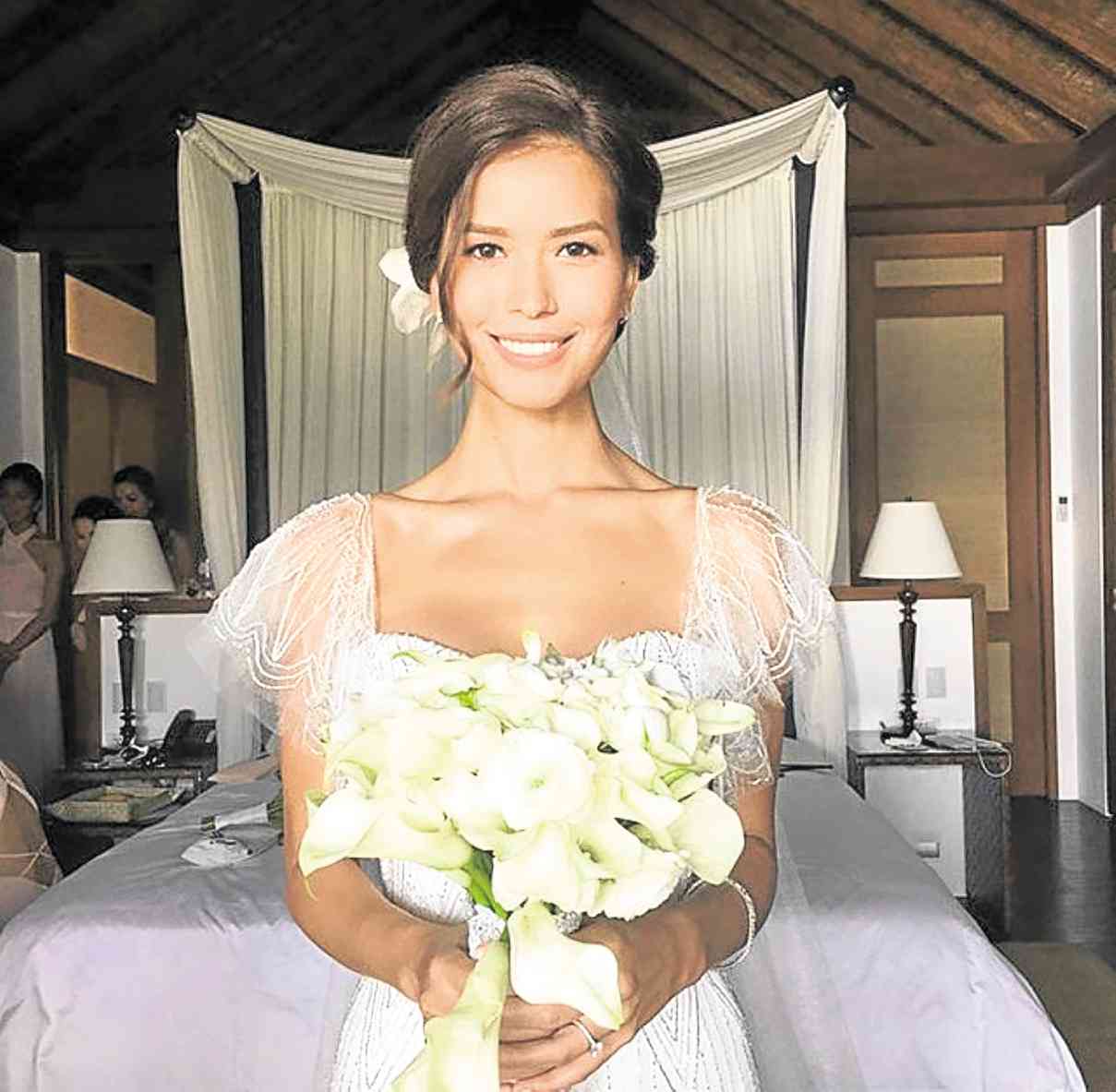 KIENLE wore a flower on her hair in keeping with the island theme. PHOTO FROM JESSICA KIENLE’S INSTAGRAM

THE YEAR 2016 is shaping up to be the choice time of some of Manila’s loveliest to get hitched, resulting in serious style pegs for brides-to-be.

In a surprise choice, the half-French actress-singer picked an all-lace dress by little-known (at least in these parts) Israeli designer Lihi Hod for her altar date.

The off-shoulder, three-quarter-sleeve dress skimmed Heussaff’s tall and shapely frame. Her hair was braided on the sides and swept up to a loose chignon, and went exactly with what she described on her Instagram as the “simple chic boho” look she wanted.

On her Instagram, the bride described the Laurel design as her “dream dress,” which featured some Art Deco beadwork on the bodice. Soft, sheer beaded sleeves imparted a romantic touch. It had a sweetheart neckline.

Kienle, the designer of family-owned furniture brand Philux, also wore her hair in a loose chignon, with a white orchid on the base in keeping with the island theme. Like Heussaff, she wore her hair loose for the reception.

These two brides both wore seemingly simple, clean, fuss-free, though no less elegant dresses—refreshing in a sea of women opting for overwrought and frothy bridal frocks.