A ‘love letter’ to my son | Inquirer Lifestyle ❮ ❯ 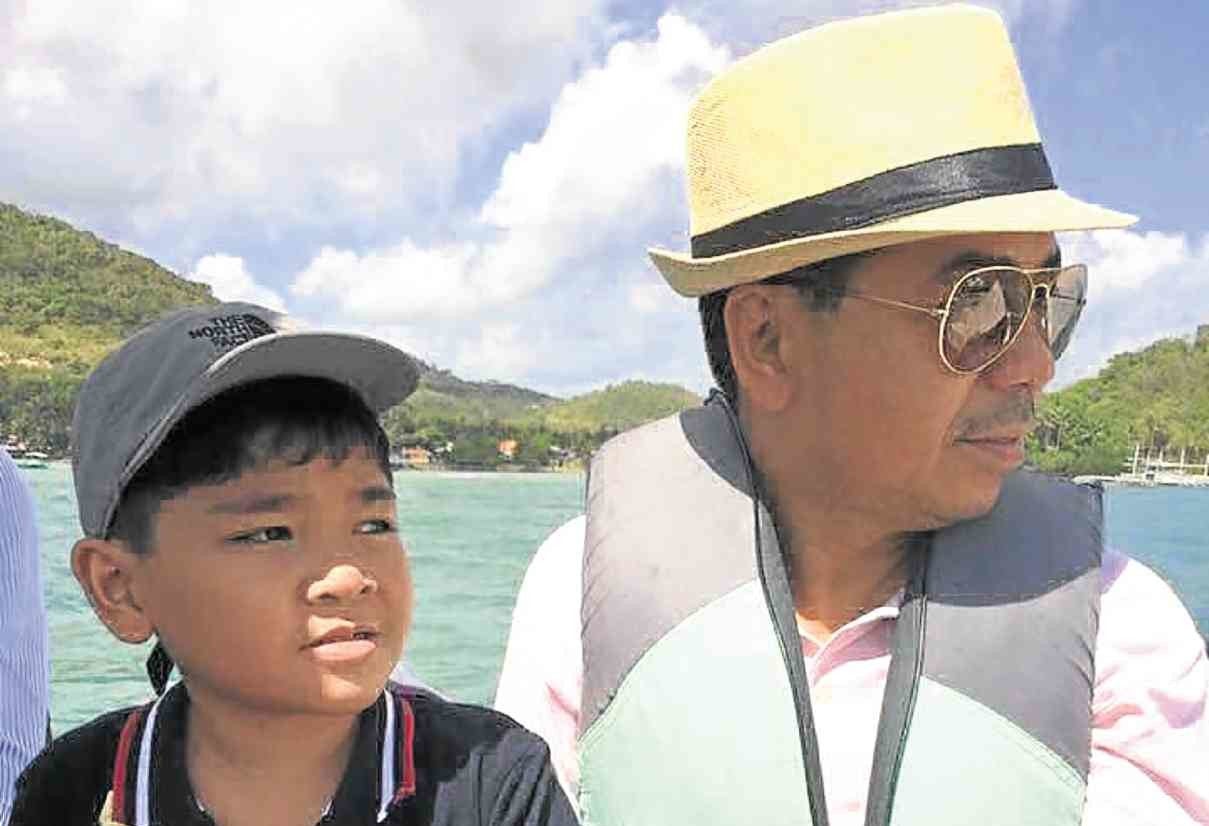 THE AUTHOR and son PJ

A ‘love letter’ to my son

I’m writing this while away from home for the next two days; you know, it’s part of my work as a journalist, which you understand, though you also tend to say, “Alis ka na lang nang alis,” when I get home. But I promised to write you this letter for Father’s Day, not to make sermon as your dad, but to tell you a few things that, hopefully, you’ll take to heart and remember, especially when I’m old and gray. (I do feel young at 53, even if you sometimes tease me, “Si Daddy marami nang puting buhok!”)

I didn’t really plan to become a father, content as I was living a wild and carefree life until 10 years ago when I decided to settle down with your mommy. There was tension in the first few hours when you were born, the doctors told us that you stopped breathing so they had to put you in an incubator. I was advised to touch your teeny-weeny hand so you’ll feel the warmth and affection a father has for his baby.

It’s marvelous, though I also realize that raising a child in these times is… magastos! Kasi naman, you’ve been drinking some of the most expensive milk brands since your infancy, not to mention having the best of everything: nice toy cars and dinosaurs which must be in the hundreds by now; sufficient clothes and shoes; all the food that you fancy, though I’m glad—surprised even—that you like eating red rice because I said it’s more healthy; and the luxury of having an iPad and still borrowing your mom’s iPhone 6 so you can play computer games.

But I feel proud that you’ve been a consistent first honor student for the past three years; your keen interest in science is exciting, and your overall precociousness always makes me smile as I turn to look at your mom, who, of course, deserves to take half of the credit for being your tutor at home. (Pangako mo, ’di ba, hindi na kayo mag-aaway tuwing periodic exams.)

The 50-percent discount on your tuition  for being No. 1 is a big deal, considering that the original amount would’ve wiped out the midyear bonus that the Inquirer provides.

I’m likewise stunned at your talent in hyperbole whenever you make kwento on how you spent the day. Your imagination is boundless, and I believe you can use that storytelling skill later, in the event that you decide to, well, write a book, or become a journalist yourself.

I’m not trying to influence your career choices. But if I only had my way, you should consider becoming a pilot so you can see the world, although of course you can also do some traveling and studying abroad if you pursue your current interest in becoming a scientist.

What I really want to tell you right now is this. As you grow into your teens, it’s nice to have values and principles that will guide your daily life. Like, for instance, honesty. That means telling the truth at all times. A man with integrity is always honest; he will succeed in his endeavors because people will believe and trust him.

Another thing worth having is competence. It means being good in what you do. It’s nice to do something you love doing. If, for example, you love your job, it won’t feel like you’re working at all.

From those two things, you will see whether people are good or bad. I will do everything to protect you from bad people, even as we talk about the bad effect of years of wrongdoing by a dictator who, as your school textbook disappointingly tells you, was simply a former president—and not the liar and slack that he was, especially in the latter part of his martial rule.

You’re enjoying life now because of the freedom we got back after kicking out the dictator 30 years ago on Edsa.

In the next few months I will explain to you why there will be protests against the new president on his act of pulling the dead dictator out of his grave to please the dictator’s son. That may sound too serious for a 7-year-old kid like you, but in Germany, schoolchildren are taught about bad things that their own dictator did to their country and to the world.