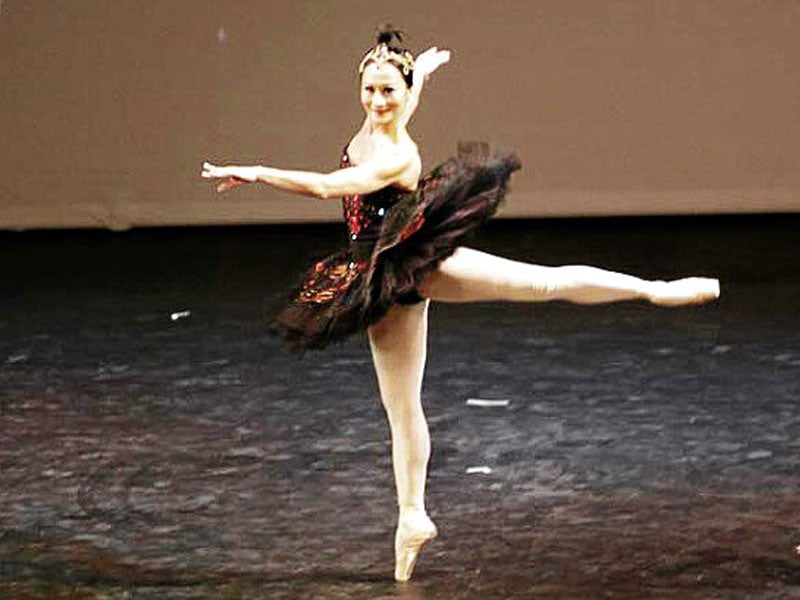 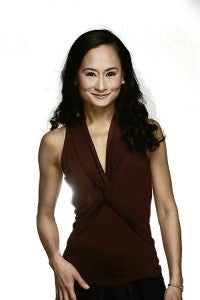 FOR THE past five years, Lisa Macuja-Elizalde has been announcing her farewell to Kitri, the naughty lass in the ballet Don Quixote, which has been her signature dance role.

This time, she is saying goodbye, in the next three years, to some of her favorite roles. Blame it on acute tendonitis that had her going under the knife last December, following a performance of “The Nutcracker.” But she is confident that her legacy as a ballerina and artistic director of Ballet Manila (BM) will live on in the many ballerinas and danseurs she has mentored.

“My doctor was surprised that my tendonitis acted up only now at my age,” says Elizalde during the press lunch last week for Ballet Manila’s world tour of London, Ireland, Singapore and Korea in June and July. “He did his little experiment on my feet before Christmas, and he guarantees that I can still see myself dancing in the next three or four years.”

That would give her ample time to mount full productions of some of the world’s best-loved ballets where she made a name for herself. First up this October will be her farewell to “Swan Lake,” which has her essaying the twin roles of Odette/Odile, the good and the bad swan. Next year will see her bidding adieu to Kitri in a full production of “Don Quixote” at the Cultural Center of the Philippines.

Other roles such as the Sugarplum Fairy in “The Nutcracker,” Juliet in “Romeo and Juliet,” and “Giselle” will follow.

‘Not just about me’

“I am confident that when I leave these roles behind, people would still come to the Aliw Theater to watch performances of Ballet Manila because we have so many ballerinas who are as capable as I am. Eventually, when I stop dancing, people would stop referring to Ballet Manila as the Lisa Macuja Dance Company. It’s not just about me. We are an entire company of dancers.” 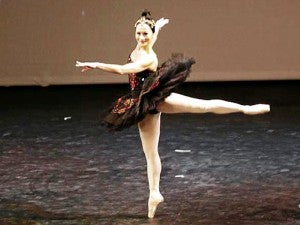 However, she stressed that she is saying goodbye only to full productions of these ballets, which are grueling on her feet. She would still dance in the pas de deux of these ballets in future BM shows.

Elizalde, 46, is celebrating her 27th year as ballerina. It was a long, successful career that saw her becoming the first Asian ballerina dancing solos in the legendary Kirov Ballet. Since then, she was seen dancing on the world’s famous stages before she decided to found her own dance company, Ballet Manila, in 1995.

Under the stewardship of choreographer Eric Cruz, the company brought ballet around the Philippines, with critics and the public alike hailing her as the “ballerina of the people.” Following Cruz’s death, she took over the leadership of the company with her long-time dance partner Osias Barroso as ballet master, teaching BM’s present generation of dancers in the highly rigorous Russian Vaganova method.

Through the years, Ballet Manila has brought dance around the Philippines and the world. Elizalde says exposure to different kinds of audiences helps greatly in the development of their dancers. This season, the company will perform in London, Ireland, Singapore, Gyeongju and Andong in South Korea, and Jakarta, Indonesia.

The performances in Ireland are being staged upon the suggestion of Teresa Meaney, a leading member of the Filipino community in Dublin, who wanted to showcase Elizalde’s talents before an Irish audience.

After two years of negotiations and preparations, BM is bringing 18 dancers for performances from July 4-9 at the Cork Opera House, University Concert Hall in Limerick City, the Millennium Forum at Derry City, and the Dublin Convention Center. Four shows are also set from June 30-July 2 at the Shaw Theatre in London. The performances are being presented with the Philippine Embassy in London and the Intercultural Society of London.

Following their shows in the UK, BM is fielding its dancers in a co-production with the Singapore Dance Theater (SDT) in performances at the open-air Fort Canning Park from July 15-17. Then the Singapore Dance Theatre will fly to Manila to mount the same show at the Aliw Theater from July 29-30. This co-production will feature both Filipino and Singaporean dance pieces, as well as Philippine premieres of choreographies by George Balanchine. This exchange is also made possible through Kantor Pos Physical Theater.

“I think being able to collaborate with an Asian ballet company that is so close will only be beneficial to both BM and SDT,” she says. “I am hoping that this is the beginning of a long partnership and other collaborations between our two companies.”

Ballet Manila travels to South Korea for shows at the Fifth World Gyeongju Culture Expo 2011 from Sept. 4-11 and at the Andong International Mask Festival from Sept. 30-Oct. 9. To complete its performances this season, the company travels to Jakarta, Indonesia for a series of shows with Ballet Indonesia from Jan. 27-29, 2012.

“I think it’s very important to expose young dancers to different artists, choreographies, and companies. You encounter different dance techniques, work ethics and cultures, and are exposed to colleagues in a learning, collaborative setting. One can exchange ideas, ballets, even dancers,” she says. “It’s also a wonderful opportunity to get exposure to a different audience. In fact, it is very common to have sister ballet companies that share ballets, sets, costumes, and theater venues because both companies end up benefiting from combining resources.”