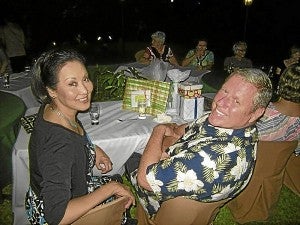 Only 19, 6-ft-4, blonde and bronzed from surfing in his native Long Beach, California, Jim was picked that summer for a role beyond his dreams.

He’d have been happy enough to land a job, any job that would hold the promise, however vague, of allowing him to declare independence from home. As it happened, he says,“I had really struck gold!”

Jim had been hired as a stage assistant at the Miss International pageant, but, “as some kind of an afterthought,” he says, the director decided to make another selection of four young men to help the contestants as they stepped off the staircase onto the stage and escort them off the stage after they had done their required walks.

The new role not only dressed him in a tuxedo, but also qualified him for theater guild membership and entitled him to an hourly union rate. He had been assigned every fourth contestant, and, as only fate could have arranged it, 21-year-old Gemma Cruz was a fourth contestant. “When I extended my hand and she took it, I felt a different kind of energy. Oh, without a doubt, she was a beauty, but she exuded something more, something harder to define. I was mesmerized by the intelligence she projected—in flawless English. I could see she was making a spiritual connection with the judges, as well as the audience, but she was succeeding most of all with me! By then I knew in my heart, she was the winner.”

Gemma hadn’t had to go through any preparatory course—as would be the case with later Filipino entries in international beauty contests—before flying to Long Beach. Like other young women of her background, she had been trained in social graces and deportment all her life, trained beyond anything a beauty contest might require.

Whenever asked, Gemma credits for her poise, for instance, those constant reminders from elders to sit or stand up straight and to carry herself confidently.

“Is there any other way?” she says with a laugh, further recalling reprimands “for dragging one’s slippers or shoes.”

About the spiritual connection Jim observed, she says, pressing a hand to her chest, “Well, I’m a very good girl at heart.” 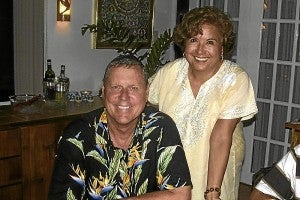 If she had undergone any crash course for Miss International, it had come after she had won—come mainly from her mother, the writer Carmen Guerrero Nakpil—especially about intrigues and attempts at exploitation she was in danger of facing in her new coveted circumstance. Those things, Gemma concedes,“I had not been prepared for.”

Before Gemma, Jim had not seen a Filipina—would not have been able even to point out the Republic of the Philippines on the map—but he just knew she would win. He recalls in amazing detail how she looked on coronation night, wearing a white form-fitting gown and white elbow-length opera gloves, “in stark contrast to her mahogany skin, her jet-black hair, her sparkling dark eyes…. I felt particularly proud as I lay the bouquet of red roses in her arms. She just took my breath away. I had never had that electric feeling.”

Back in the real world, Jim went to college, and Gemma, after her year-long reign, got married. Many years would pass before he would again get the old feeling she had planted innocently in his heart; it would be revived for another Filipina. 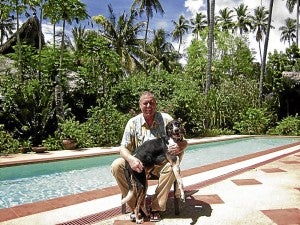 Gemma, it would seem,had set Jim up for Hedy Taylor, a Dumaguete beauty. Jim and Hedy had been working for rival travel companies when Jim was persuaded

to join her company as a vice president, a hire that occasioned her promotion to president. (Hedy likes to tease, “Ours was the first case of sexual harassment in the workplace, happening before the term was even invented.”)

When Jim first saw Hedy, the old feeling was reignited, and this time, he says, it was perfectly pursuable. They soon married and moved to Seattle, Washington, to be near their families and to set up their own travel company.

Twenty-seven years later, in 2005, both their parents gone, they came home to her native Dumaguete City to retire and have since built their dream house by the beach, with eight rescued dogs for company.

“Jim has done a heroic job of adjusting to life here,” says Hedy. “In fact, he has adjusted better than me in many respects,” although still “his body continues to battle the onslaught of hot, steamy, tropical weather.” Ethnically, he is Irish-Danish. 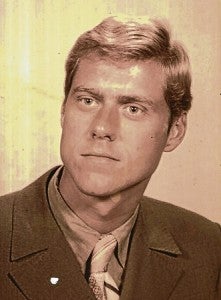 “Our culture continues to confound him, but he has embraced the country wholeheartedly, knows its history. He has even learned to point with his lips,” adds Hedy.

Jim, in the meantime, had not forgotten Gemma and, having made his home in her own country, may have even thought about her more often. Hedy herself thought it might be a good idea for Jim to see her again, something that should not prove difficult to arrange in a small social world where everybody knows everybody.

And last year, five years after the move, it all happened for Jim, again. Hedy had gone to the right arranger, the husband of old friend Cleo, Juan Miguel Llamas.

There’s no one Juan Miguel does not know; that’s according to him. At any rate, he would not allow himself to come short of that reputation.

Once, the movie comedian Dolphy’s name came up in a conversation and Juan Miguel remarked, seemingly on reflex, “Si Pareng Dolphy?” and proceeded to help along the impression he had given that they were pals, unaware that Dolphy himself had arrived and was now standing right behind him, listening.

Amused, Dolphy went along, and in fact expressly upheld the misrepresentation.

“Gemma? Of I course, I know Gemma. We’ll have her over one day,” Juan Miguel promises Hedy, ever pushing his luck, unsuspecting that, for Hedy, it was no mere passing idea—it had become a crusade.

His luck holding, Juan Miguel in time found his connection—a son-in-law who happened to be a friend of Gemma’s nephew—and proceeded to make the arrangements.

On the evening of the surprise reunion, Hedy and Gemma approached Jim together from behind.

“Jim, there’s someone here I’d like you to meet,” announced Hedy.

The two were left alone to talk all night.

“I do remember, but my recollection is hardly anything to match Jim’s,” Gemma tells me.

Indeed, as Jim himself recalls the moment to me, it’s as if it happened only yesterday: “Miracle of miracles, after 45 years I meet Gemma again! Still breathtakingly beautiful—the same grace, elegance and intelligence that I long ago admired—in some ways even more beautiful, if that were possible.”

The more he has learned about her, he says, the deeper his admiration has become. He has read her books, and her mother’s, too, and is now “in awe of both.”

“Of course, I’m flattered, what woman wouldn’t be, to be loved pure and chaste from afar all these years?” says Gemma, paraphrasing from the song “The Impossible Dream.”

I’d say, good, Jim, because you married someone like Hedy.