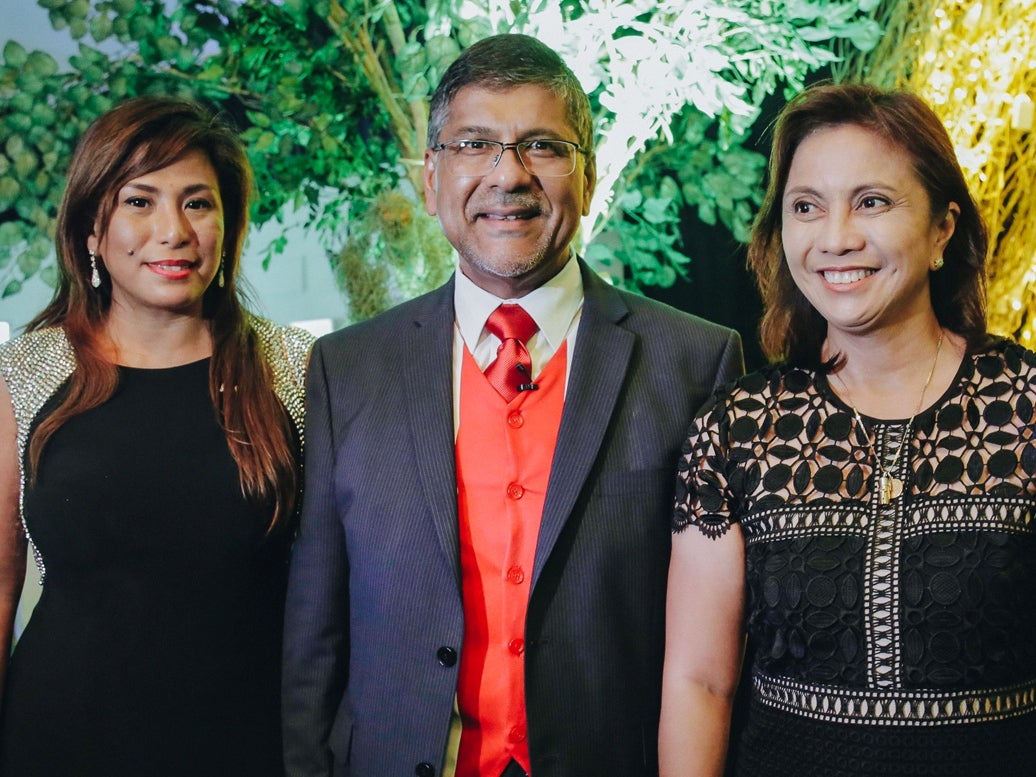 It was “A Midsummer Night’s Dream” in June when British Ambassador Asif Ahmad hosted a Shakespeare-themed bash at British School Manila in honor of Queen Elizabeth II’s 90th birthday.

It was a triple-observance as the British Embassy also marked the 70th anniversary of diplomatic relations between the United Kingdom and the Philippines, and the 400th death anniversary of William Shakespeare.

Repertory Philippines actors in Elizabethan period costumes welcomed VIPs into the venue that was filled with lush foliage reminiscent of scenes from the Bard’s famous “Midsummer” play.

A display of iconic commemorative coins featuring the Queen and Shakespeare adorned the stage.

Nigel Boud, deputy head of the British mission, was master of ceremonies.

“Here in the Philippines, when good friends meet, we like to eat, drink and be merry,” Ahmad said. “And to that sentiment, I add a famous Shakespeare line: ‘If music be the food of love, play on.’”

In the promo, 100 lucky winners will receive 100,000 Mabuhay Miles from PNB MasterCard Credit Cards and PAL.

During the launch, interactive LED screens showed all tourist destinations here and abroad that one could visit. A special destination display helped visualize where and how far 100,000 miles could take a traveler.

And to feed the passion for traveling even more, raffle tickets fittingly designed as boarding passes were distributed among the invitees.

Dayrit said the PNB MasterCard Credit Cards facilitate travel and are “a key to accessing exclusive offers and experiences.”

PAL execs included executive vice president Stewart Lim and vice president-ancillary business Kevin Hartigan-Go, who said the airline is thrilled to be partnering with PNB “to enrich the traveling experience for Filipinos.”

Grand prize in the Xtreme Las Vegas Adventure promo is a four-day, three-night escape to Las Vegas, Nevada, inclusive of accommodations at Luxor Hotel, a private helicopter ride along Las Vegas Strip, a horseback trek into Grand Canyon and a nighttime tour of Neon Graveyard.

Other prizes include limited-edition Magneto helmets and 18-inch Blowout Pizzas.

To participate, order a Blowout Pizza or a Blowout Pizza Hut Feast, fill out the back of the order receipt with one’s complete name, address, contact number, e-mail address and signature; then drop the receipt in assigned boxes in any Pizza Hut branch nationwide.