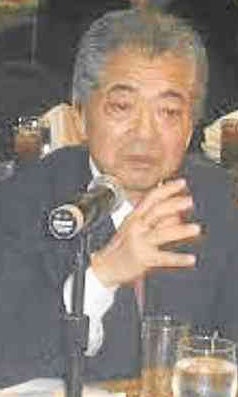 Japanese conductor wants PPO to be tops in Asia

THE PHILIPPINE Philharmonic Orchestra (PPO), the resident symphony orchestra of the Cultural Center of the Philippines (CCP), has a new music director, Yoshikazu Fukumura of Japan, and his goal is to raise the level of the PPO and make it one of the best, one of the top five symphony orchestras in Asia.

Fukumura spoke through an interpreter from the Japan Foundation at a recent press conference at Hotel Jen Manila. Among those present were CCP president Raul Sunico and artistic director Chis Millado.

The new conductor, who has been a PPO guest conductor three times in previous seasons, succeeds the popular French-American Olivier Ochanine who, in a valedictory, led the PPO in a triumphant concert at Carnegie Hall of New York.

Sunico observed that “the maestro has big plans for the PPO and wants the orchestra to scale the heights; this is his vision.”

Fukumura, 70, has through the decades conducted orchestras in Japan, many parts of Asia and Latin America, where he stayed for more than 25 years and became fluent in Spanish (“hablamos en Español,” he jovially told this writer). He noted similarities between the Spanish and Filipino languages.

The maestro has been an honorary conductor of the Cuba National Symphony since 1995.

Asked about his style with musicians, whether he would be a “shogun” or more democratic, Fukumura said: “Being Japanese, I demand discipline. Latin American orchestras are not strong in discipline, so there were incidents… I believe in discipline. I believe this will result in a better PPO.”

In a more humorous vein, he added: “I’m a black belter, so as long as nobody has a gun I’ll be all right.”

For the maestro, leading a symphony orchestra is a group undertaking and being late for rehearsals because of traffic is not acceptable, as others may live farther away but are on time. He cited the case of a Taiwan musician who was habitually late, and warned. Upon being tardy for the fourth time, he was “removed.”

The music director started his term with the PPO in May and will be conducting his first concert in this capacity in September when the PPO opens it 2016-2017 seasons.

“I have chosen masterpieces that the audience in Manila will like,” he shared. “For the audience to come they must be interested in the music. That is what I’m doing now, a program that would interest the audience.”